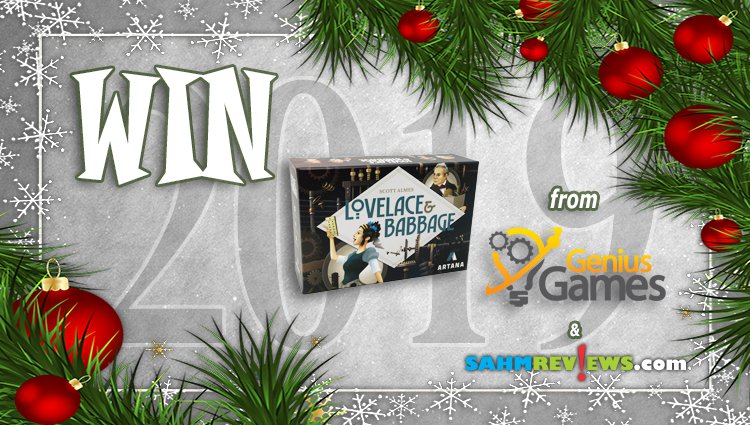 Last year when we were at one of the conventions, we chatted with John from Genius Games about plans to help business grow. We have known him for several years and watched as he has released several educational titles and dabbled in games outside that concept. What he ended up doing was working a deal with Artana which included acquisition of their existing titles such as Tesla vs Edison and Lovelace & Babbage.

It’s been a few years since we featured Tesla vs Edison so this time around we included their newer title, Lovelace & Babbage in our guide to games for teens and adults. Want to add Lovelace & Babbage to your game collection? One lucky reader will walk away with a copy. But first you have to enter using the form below! Want to increase your chances of winning? Come back daily for more entry options!