When we’re shopping for games at thrift, we usually pass over copies whose boxes are well-worn. Torn corners and frayed edges usually means the contents will be in the same condition or pieces will be missing. We’re fine with that as it means the game was played a lot. We have just decided that they don’t make for good photographs for SahmReviews.

For whatever reason, when we spotted a copy of Domingo at our local Goodwill, we picked it up anyhow. The box was tattered and looked like it was about to completely fall apart. But a quick glance at the contents made us realize the game hadn’t been played much at all. Everything was there except for the instructions, so this copy must’ve spent its life on a closet shelf underneath another game that was pulled out and put back quite often. Always a bridesmaid… 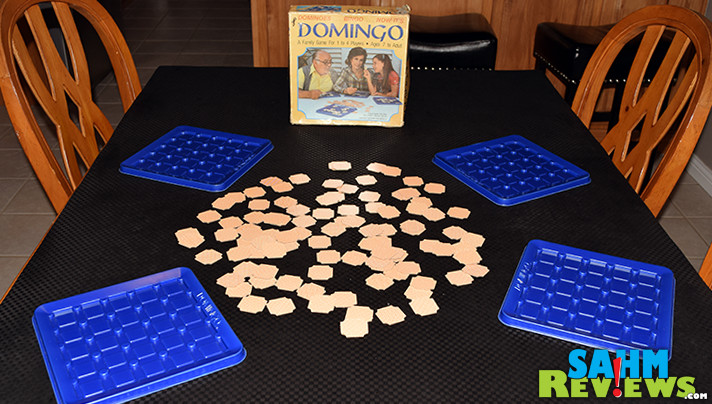 Domingo is a quick game that claims to be a mixture of Dominoes and Bingo. For the Dominoes portion, each cardboard tile has a set of two pip groups that touch all four sides. The Bingo half of the game is the requirement to be the first to get five in a row. 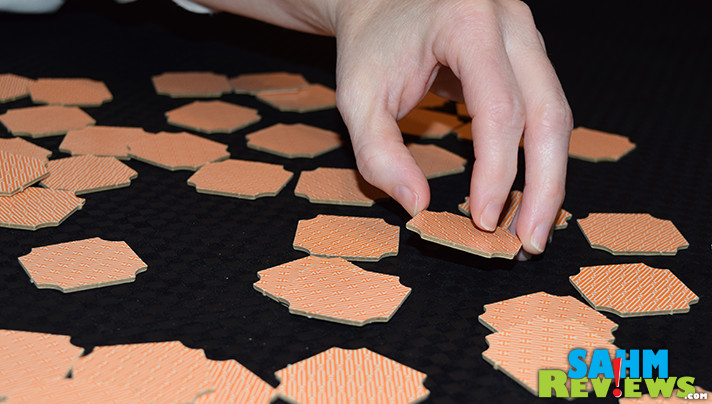 Each player receives a plastic tray and the 100 cardboard tiles are spread out face down in the center of the play area. On your turn you will draw one tile and place it in your tray in one of the 25 pre-molded spots. Turn then passes to the next player clockwise. 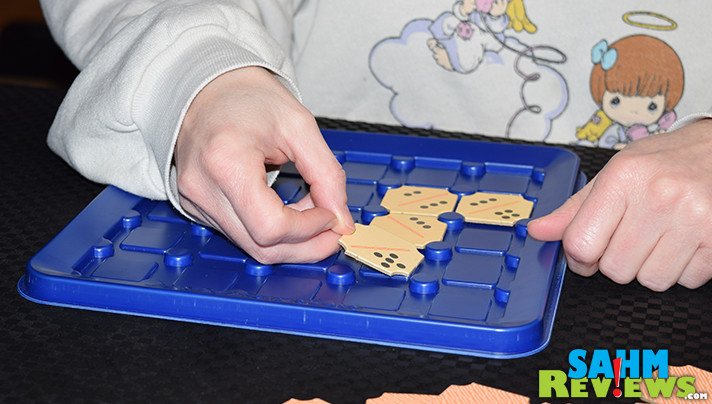 On subsequent turns you will do the same thing, but if you have a tile that matches an edge of one of your previously-played tiles, you’ll want to lay it adjacent to that matching piece. As previously mentioned, your goal is to be the first player to line up five in a row across your board and yell out “Domingo”! 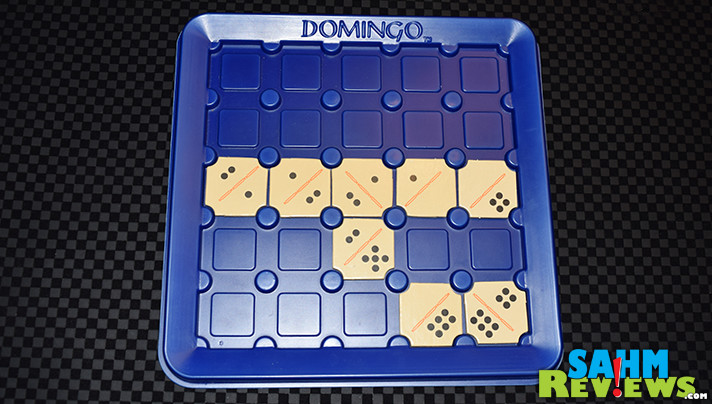 You can expect a round of Domingo to last only around five minutes before someone completes their row. An entire game is played over multiple rounds until one player wins a total of five times. Alternate rules allow for scoring where you receive points for a winning round. The amount is determined by the number of total tiles on your board – the more tiles you needed, the fewer points you’ll receive. For simplicity’s sake, we elected to just play by number of rounds won.

If you want a copy of Domingo for yourself, the most affordable examples can be found on eBay in much better condition than ours. I would hesitate paying more than about $10 shipped, so hold out for a bargain. In theory you could probably play the game with a standard set of dominoes if you were so inclined, but for a few dollars the actual game is probably worth it.

What’s your favorite version of Dominoes?