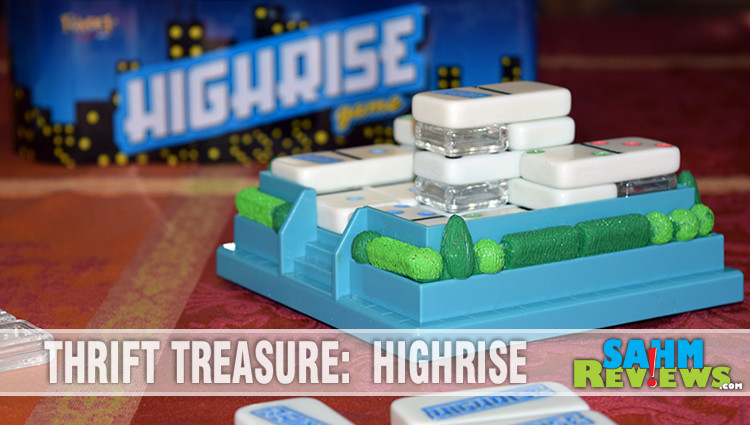 Most times when we play a game for the first time, we’re amazed at the complexity or uniqueness of a game’s mechanics or theme. Who would have thought to put ants in your pants? Or make a game out of slapping someone in the face with a pie? I won’t even mention the current hot games that have you inserting a mouthpiece and drooling all over the table while trying to say a word…

Then other times we ask ourselves, “Why didn’t we think of this?”. Such is the case with this week’s thrift treasure find, a like-new copy of Highrise by Fundex. It should come as no surprise that Highrise is a domino-based game since Fundex had an exclusive partnership with the Professional Domino Association to market PDA-based domino games (remember PDA’s?). Both the company and the electronic devices are long since gone.

Highrise uses what appears to be standard dominoes and challenges up to four players to score points by stacking them higher and higher, building a skyscraper. An included plastic tray, complete with tiny trees and bushes, is used as the ground floor of the soon-to-be-constructed tower.

The tray is pre-populated with eight randomly-selected dominoes. The rest are laid face-down around the base of the building and each player draws five into their hand. These are kept to the player and should be hidden from your opponent. Twelve clear spacers are also included and set near the draw pile. 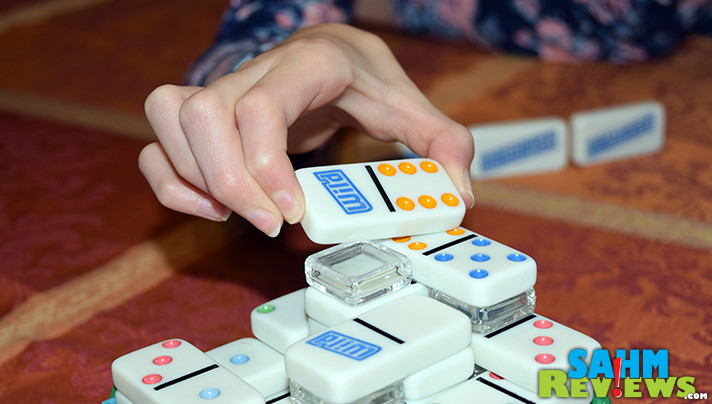 On your turn you are trying to place one domino onto the tower. In order to do so, you must exactly match the pip value of each half of the domino AND have it transverse two different dominoes. Some dominoes have a WILD half and may cover or be covered by anything. 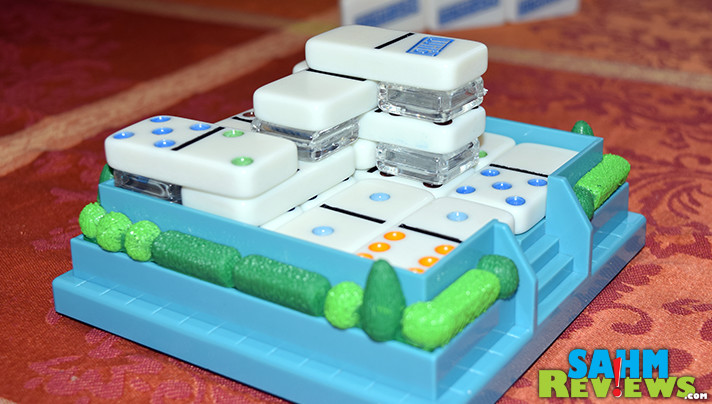 There are times you’ll want to cover something, but they won’t be on the same level. This is when you can grab one of the clear tiles and use it to build up to your level. But you can only use one clear tile per turn, never more. If you are unable to make a valid play, you must draw one from the draw pile and play it (if possible). 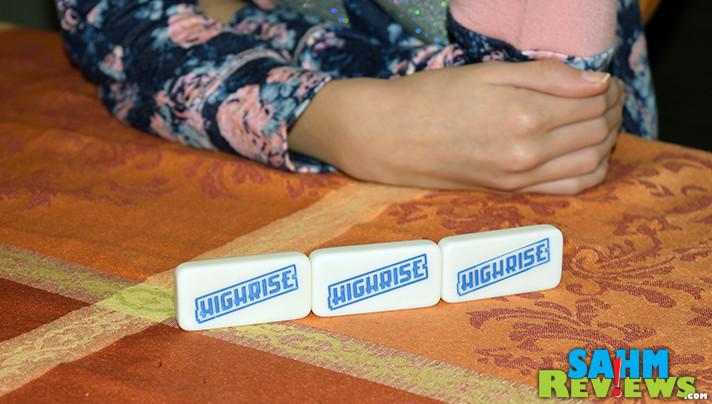 Each time a valid domino is played, the active player receives points equal to the number of pips on the tile times the level it is placed on. Blank halves are worth zero while WILD tiles are valued at the number they are covering. A special consideration is when a WILD covers a WILD – then it is worth seven points! 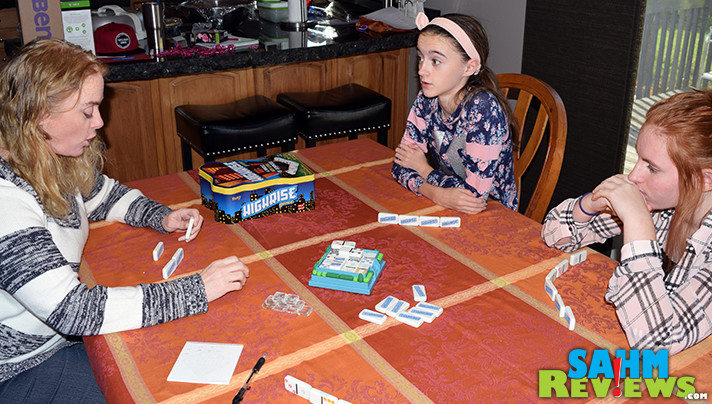 Once any player plays their last domino, that player has “gone out”. That person also scores all the unplayed points in their opponents’ hands! If no player is able to “go out” and no more tiles can be played, everyone simply deducts the value of their hand from their total score. The person with the highest score is the round’s winner, and the first player to reach a running total of 300 points is the overall winner!

The premise of Highrise is quite simple and was probably developed using a standard set of domino tiles. Production value on the game is quite high, with heavy tiles and the very cute plastic base. Originally published in 2006, copies of Highrise can be easily found on eBay for under $10 (plus shipping)!

Are you a fan of the original game of Dominoes?