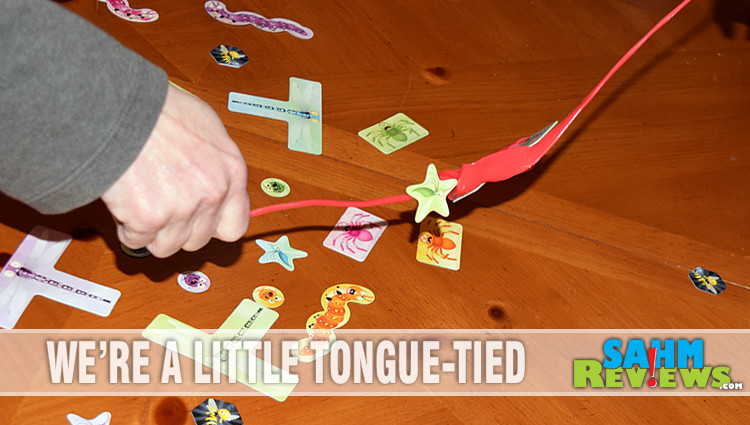 We probably have more dexterity games in our collection than most. It is the one game type that is easy to get people of all ages to try. Whether you’re stacking cards in Rhino Hero Super Battle, scoring goals in Klask! or flicking animals across the board in Zoo Ball, the physical actions just seem to draw people’s attention.

Today’s game overview uses a feature I can all but guarantee you’ve never experienced before. And the components are perfectly suited for the theme. In Sticky Chameleons by iello, you play as a sticky-tongued chameleon trying to catch the plumpest insects for lunch! 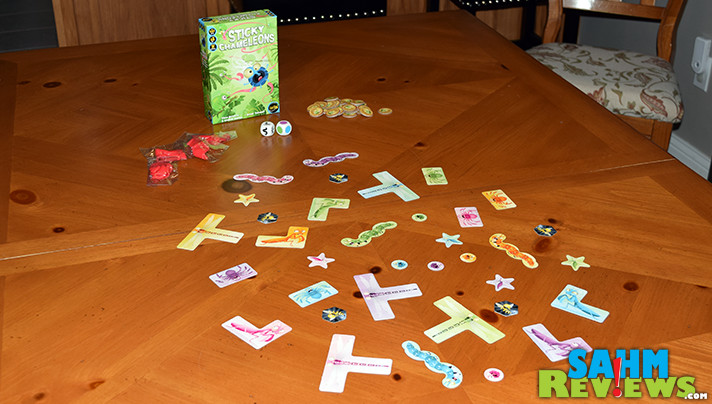 If you grew up in the 80’s, you probably remember the Wacky WallWalkers they sold on TV that climbed down your wall after you threw them. They were rubbery and just tacky enough to cling to the vertical surface, but not too tacky that they wouldn’t release and “roll” slowly down the face. That’s the material you’ll find in Sticky Chameleons. Although this time it isn’t the spiders that are sticky – it’s the chameleons’ tongues! 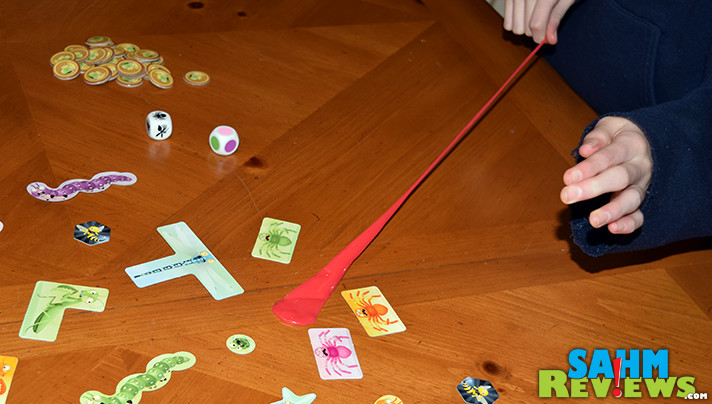 Inside the box you’ll find around eight of these tongues (Sticky Chameleons supports up to six simultaneous players, so there are extras), 30 Insect Tokens (six different in five colors each), 5 Wasp Tokens, 30 Yummy Tokens (scoring tokens) and two different dice. Your goal is to be the first player to collect five Yummy Tokens by catching the correct insects. 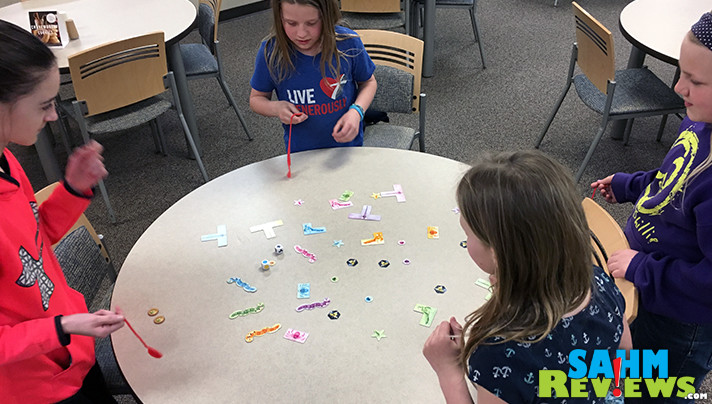 The thirty Insect Tokens and five Wasp Tokens are randomly arranged on a table, making sure none of them overlap. At the beginning of each round the active player will roll both dice and everyone tries to decipher the results. One die depicts a color while the other shows an insect type. This combination represents the plumpest insect in the area and the one you want to catch. 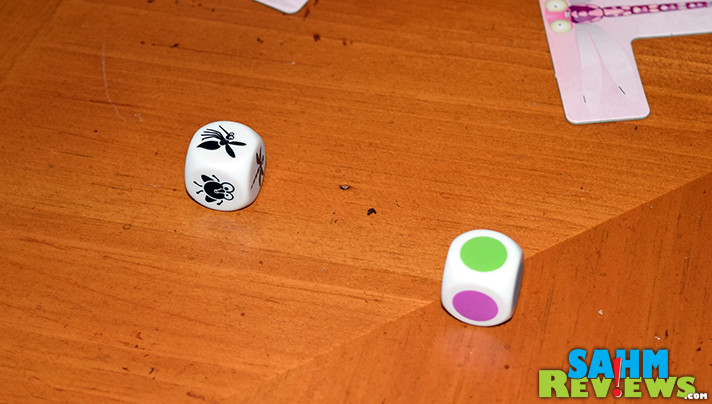 Everyone races to catch the correct insect by flipping, flicking or whatever method works for you to get the right tile to stick to your tongue. Other tiles may also get stuck and you can only remove them by shaking your tongue. You cannot touch them with your hand, but can hope they’ll fly off when you strike again at the right tile. 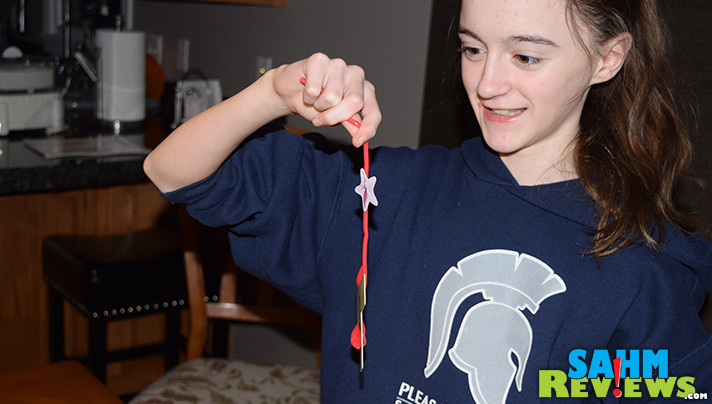 When you manage to capture the plumpest insect, you’ll remove it with your hand and place it back onto the table along with any other insects stuck to your tongue and take one of the Yummy Tokens to represent your victory. Other players also clean off their tongues and set up the table for another round. If you catch the plumpest insect but also have a wasp stuck to your tongue, you are stung! You’ll still remove everything from your tongue but receive no token. 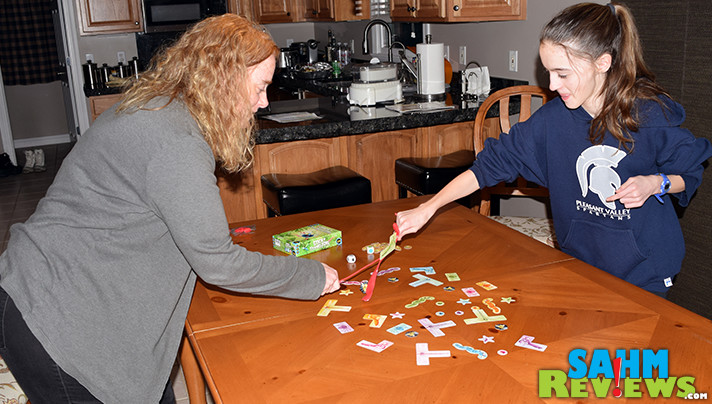 A round doesn’t end until a player captures the plumpest insect – no matter where it is! If it gets knocked to the ground, that’s where you must shoot for! And until it is removed from the winner’s tongue to claim the point, it is still fair game. You can shoot at the other chameleon’s tongue and try to steal it! The first reptile to collect five Yummy Tokens wins Sticky Chameleon!

This quick and rowdy game will set you back less than $15 on Amazon or at your local game store. Head on over to iello’s website to buy direct and then check out their Facebook and Twitter feeds to find out about their 2018 release schedule!

Do you remember Wacky WallWalkers?