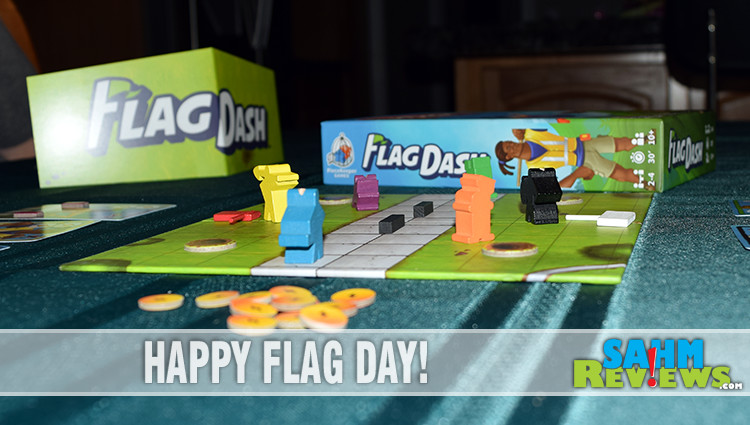 Today is Flag Day. Other than flying Old Glory, do you know what it really represents? Flag Day is the celebration of our national flag’s birthday. The original origin is cloudy, but regularly believed to have been started by a teacher in Wisconsin who arranged for their pupils to celebrate “Flag Birthday” on June 14th, 1885.

It wasn’t until many years later that Flag Day, the anniversary of the Flag Resolution of 1777, was officially established by the Proclamation of President Woodrow Wilson on May 30th, 1916. While Flag Day was celebrated in various communities for years after Wilson’s proclamation, it was not until August 3rd, 1949, that President Truman signed an Act of Congress designating June 14th of each year as National Flag Day.

Of course we fly the flag like everyone else, but we also tend to choose our games to coincide with things like this. We play zombie games around Halloween, Christmas-themed games during the winter holidays and even have a romantic game for when February 14th rolls around. We usually save patriotic games for the July 4th weekend, so what did we find for Flag Day? Piecekeeper Games‘ first title, Flag Dash! 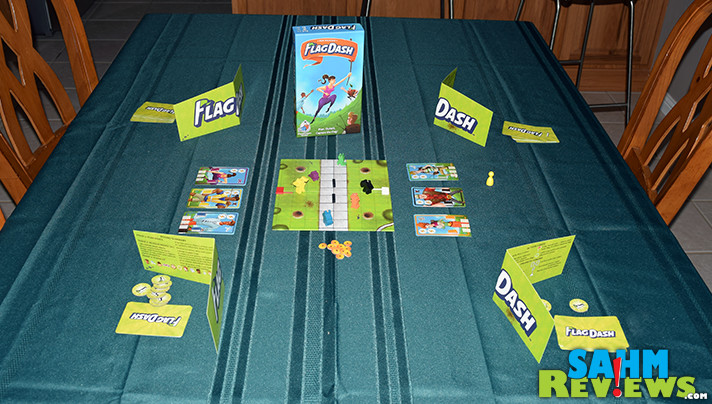 Maybe it’s a bit of a stretch since Flag Dash isn’t about U.S. history or utilizes the Stars and Stripes, but there are very few games using flags as a theme. To date the only other one we’ve ever found and played was Flipping Flags, and I still haven’t won a round of that one (it’s a speed game). Fortunately we love capture-the-flag games on our XBox One, so having a board game version of this classic competition is certainly a treat.

Flag Dash uses a familiar mechanic of programming your moves in secret, with everyone revealing them at once. Best played with four players, you work in teams of two trying to either capture your opponent’s team flag and return it to your own area, or collect a character flag from each opposing character. Your team is made up of you and your teammate’s character, along with a dual-controlled defending meeple. 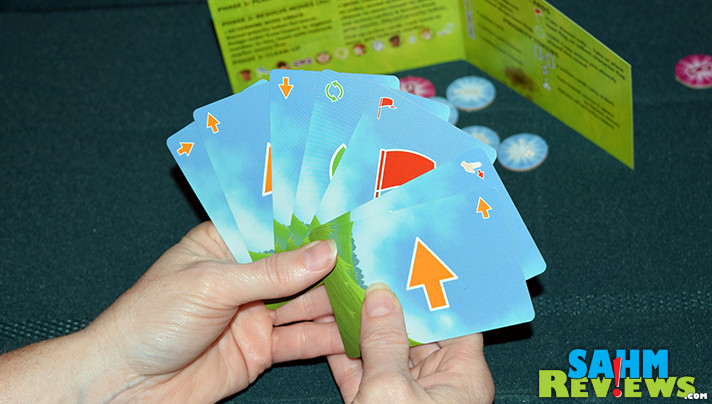 Each player is given a matching set of seven basic action cards, seven priority tokens and a screen in which to hide their items. Rounds have a couple of phases – plan moves, resolve moves and cleanup. To plan your moves, everyone selects an action card, which dictates the direction or action your character will take. A priority token is also placed on top of each card, denoting who takes their action first. Higher priority typically means less bonus. An an example, while playing the #1 token allows you to move first, you only move once. But if you submit the #5 token, you do move later in the round, but can move up to three times! 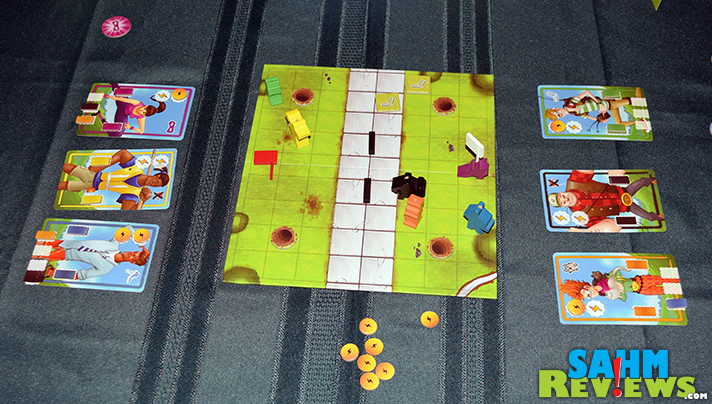 The board is also seeded with tunnels and walls that can be used to move quicker around the playing field or block your movement, respectively. Boosts are earned through some of the priority tokens and add to your movement, but can only be used when earned in prior rounds. 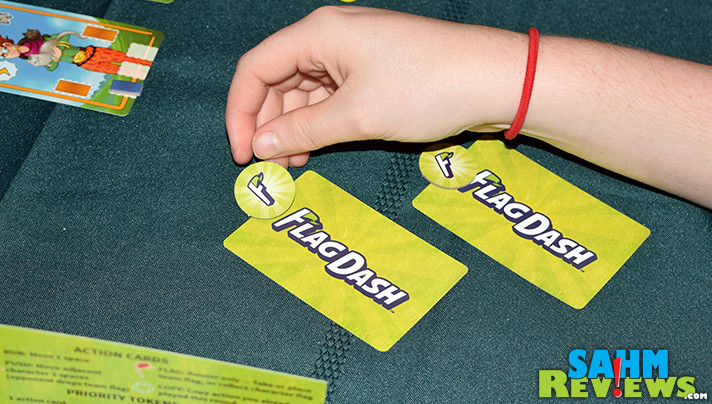 Action cards have other options in addition to movement. You can play the “Push” card to do exactly that – push an adjacent character up to two spaces away, including a teammate! The “Flag” card is critical, as it is the one needed to pick up the opposing team’s flag, pass it to another runner or take a character flag from an opponent. All actions can be performed on either your character or the shared defender character. 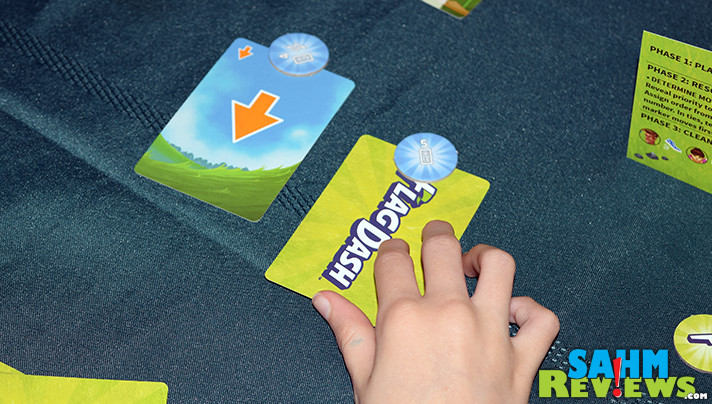 Adding to the variability in Flag Dash is the fact that each player’s character has their own individual abilities! One gains an extra action card that allows him to jump. Another lays traps for others to fall into. And yet another gets a special priority token with a cat on it. These cats chase the two characters closest to your runner one space away from you! 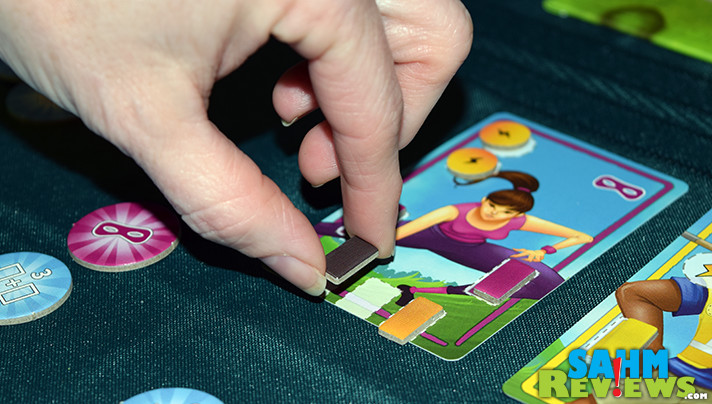 Once you have mastered the basic setup, custom games keep Flag Dash fresh. The board has two sides to choose from, and the positioning of traps and tunnels is completely up to you. Using the included orange cone tokens to create a “Finish Line” that must be crossed to win, or at the back of the starting area to force the flag to be returned all the way back there. 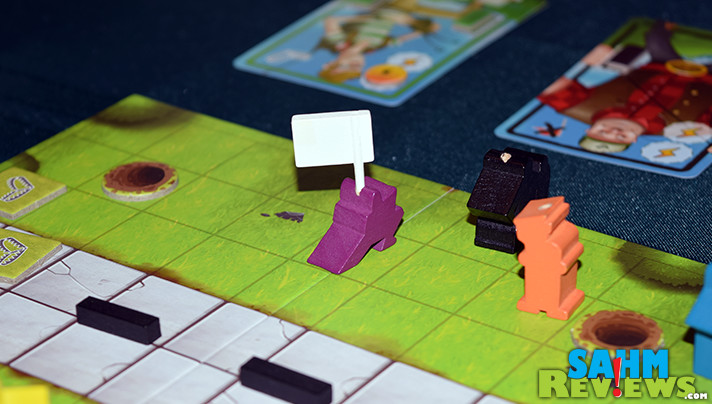 For around $25, we think you’ll find Flag Dash hitting your table quite a few times. Expect each game to last around 30 minutes, and although advertised for ages 10+, we see no problem getting your 7yr old to enjoy it. The bad news is Piecekeeper Games sold out of their first print run rather quickly, shortly after being featured in our Holiday Gift Guide. The good news? The second printing of Flag Dash is now available and has been picked up by a larger publisher – Ultra Pro!

You can follow Piecekeeper Games on both Facebook and Twitter to see what they’re working on next. If you’re at the Origins Game Fair this weekend, look for their new games being demo’ed – Gearworks and Rurik! Maybe we’ll get a chance to play one of them with you!

Are you doing anything special for Flag Day?