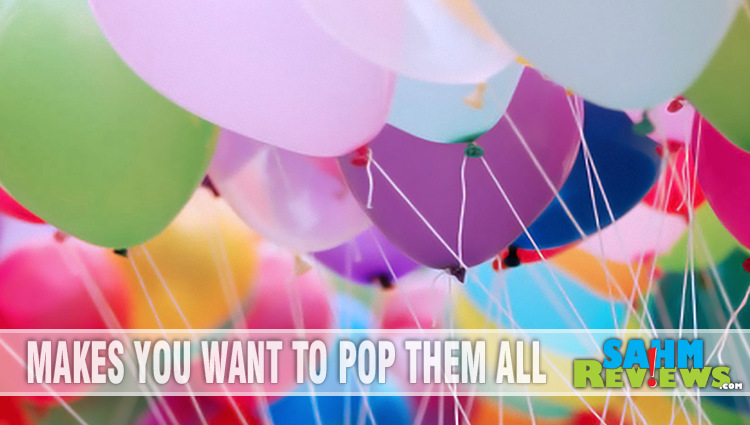 Over the years we’ve covered a number of push-your-luck type games. One of the first we even created a how-to video hosted by our youngest daughter! She still regularly plays Martian Dice (and normally wins). More recently we’ve been taking Can’t Stop along with us to our weekly game nights since it is so easy to teach and allows for quick turns.

The same publishers of Martian Dice, Tasty Minstrel Games, recently issued another title in the push-your-luck category that is different enough to consider even if you own one (or both) of the previously-mentioned titles. So what makes Balloon Pop so different? 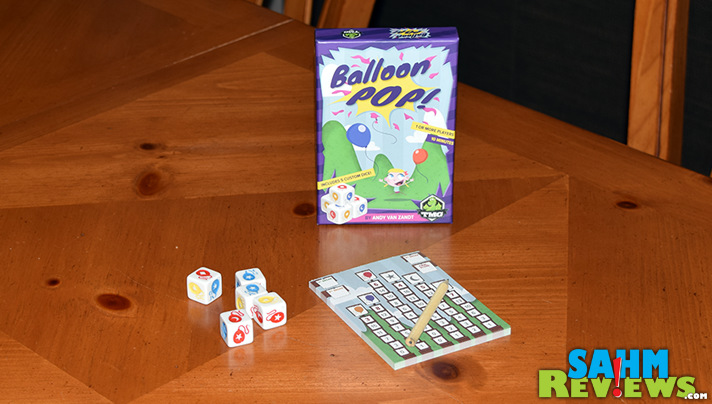 The way most push-your-luck dice games work (in our experience) is you roll a number of dice, trying not to roll certain things. You can re-roll, but once you roll a certain number of the “bad” items, your turn is over and you lose everything you have done so far. This is the case in both Martian Dice and Can’t Stop. Martian Dice requires you to have as many Death Rays as Tanks, less you be overrun by the army. Can’t Stop penalizes you if you do not roll a 2-dice combination that sums to one of the three numbers you are trying to advance. 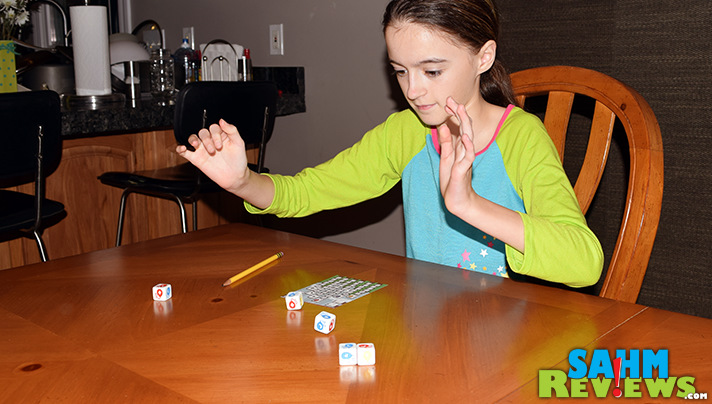 Balloon Pop takes a completely different route. Instead of penalizing you by effectively losing your turn, you can keep rolling without fear of wasting your turn. But it wouldn’t be a true push-your-luck without some downside, and in the case of Balloon Pop it comes during scoring. More on that in a second. 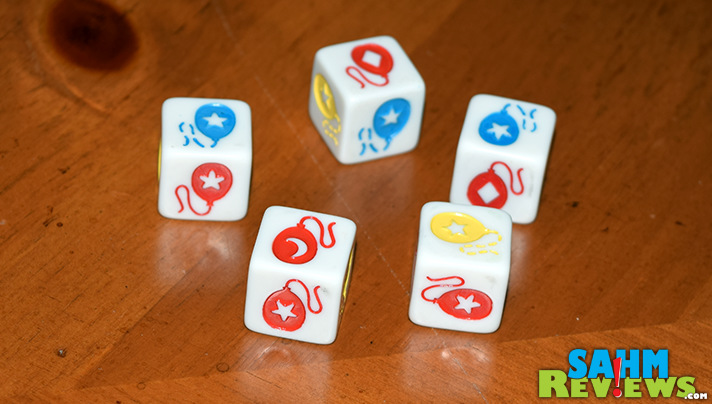 Balloon Pop includes five identical custom dice, each face having a colored balloon and a symbol. Certain colors and symbol have a higher population on the dice, so are more likely to arise during a roll. On their turn, each player rolls three dice. Then you can re-roll some or all of them up to two times, but each time you must add an additional dice from the pool to your roll. 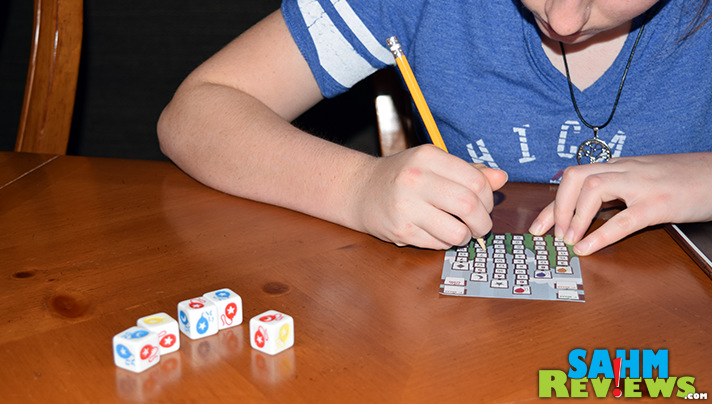 At the end of your third roll (or earlier if you elected to stop) you’ll circle numbers in each column on the included custom scoresheets matching the balloon color and symbol on your dice. The number increase as your balloon rises higher. The risk comes when a balloon rises too far – it pops! Not only does this mean you can’t gain from rolling that color or symbol any longer, your score in that column drops dramatically. 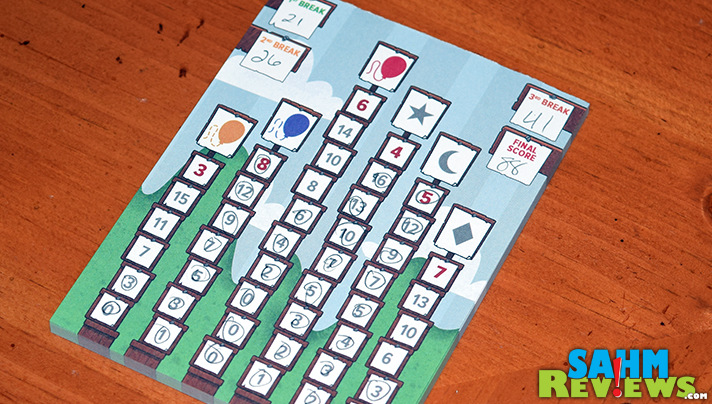 Whenever a player has a balloon pop, play stops at the end of the round and scores are calculated. Each person receives the total of their highest circled number under each balloon and writes it in the 1st/2nd/3rd break boxes. Once three balloons pop, the game ends and all scores are summed. The highest total score wins the game! 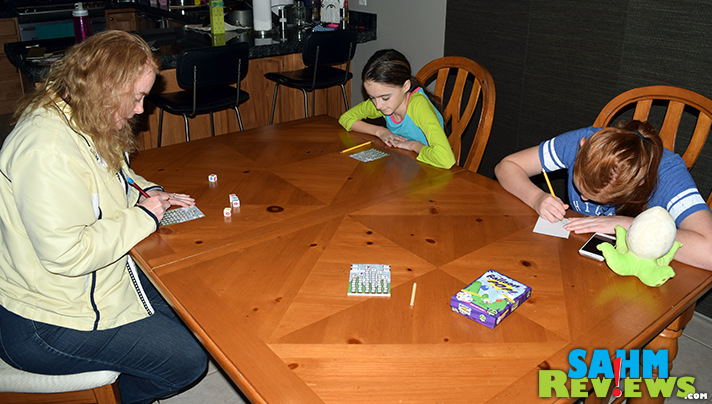 Balloon Pop is available for under $15 on Amazon and can be played in around 10 minutes. Arriving in a tightly-packed box, it is also a perfect travel game solution for all ages. While we’re not quite ready to say it completely replaces Martian Dice as our go-to dice-based push-your-luck game, it is going to remain in our game night travel bag since it offers something so different. It also technically supports an unlimited number of players and includes scoring challenges for solo play!

Will this be the last push-your-luck game from Tasty Minstrel Games? I wouldn’t bet on it, and am following them on Facebook and Twitter so I can be the first to know about any others rolling along.

What is your favorite dice game?