Twice now we’ve run into Spin Master Games at conventions where they’ve had a large-sized version of one of their newest games, Quick Cups, available for anyone to try out. We got our first preview last summer at GenCon, then this past holiday season at the Chicago Toy & Game Fair. Many times before we play a game at home we are able to test it out at a gathering like these. This was the only time we were actually able to play a giant-sized copy first before the actual retail game! 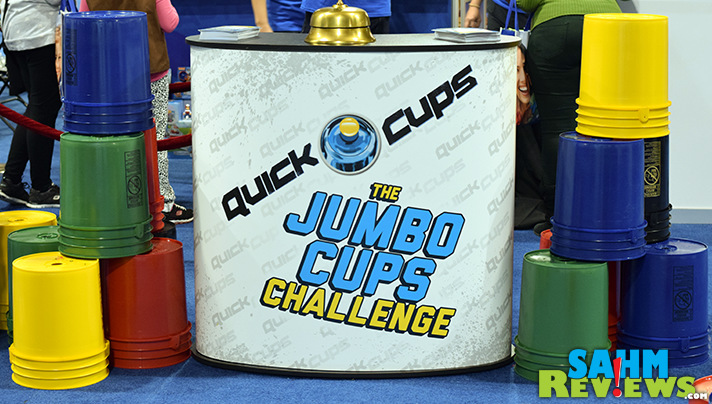 Quick Cups is another one of those games I’ll whine about not being fast enough to win. Rated for ages 6 and up, kids with much faster reflexes than I definitely have an advantage. 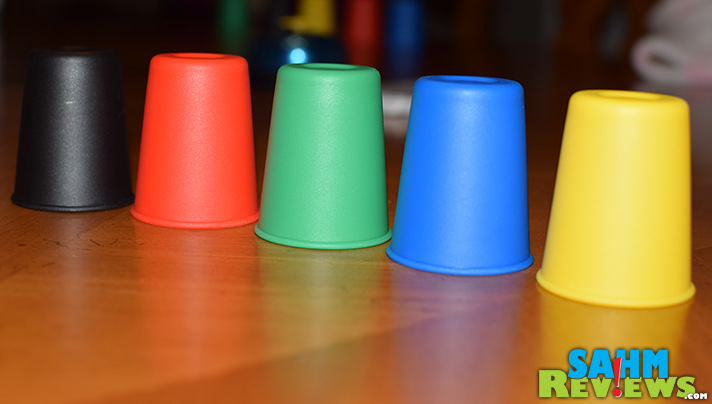 The game includes a deck of 24 cards along with 30 colored cups, enough to support up to six players. On each turn, someone turns over one of the cards to reveal a picture made up of the five cup colors. 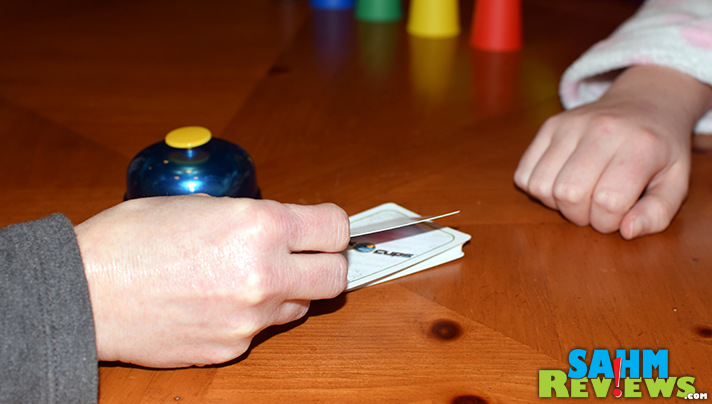 Your goal is to arrange your cups in the same order depicted on the cards and ring the bell before anyone else does the same. Some cards show items in a row – so you must order your cups in a row as well.

Other cards might show something stacked. You guessed it, stack those cups quickly in the same order! Each player is given the chance to complete their row or stack, but only the person who rings the bell first (and is correct) gets to collect the card. 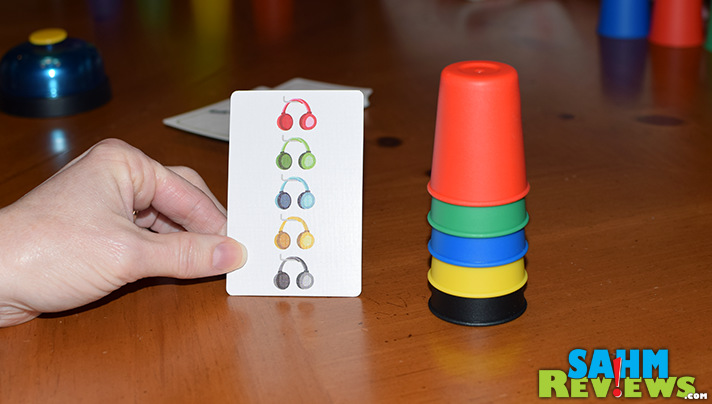 Ring the bell and have the cups in the wrong order? The 2nd place person wins the card, assuming they have it correct also. No one got it right? Complete another card and the winner gets both!

Once all 24 cards have been awarded, the player with the most collected is the overall winner! Quick Cups should especially appeal to those (like me) with a touch of OCD and the need to put things in order. Probably not a good choice if your eyesight has color deficiencies, but there might be some appeal to those in the autism spectrum as we saw in our review of Korner’D, which has a similar color-matching mechanic.

Expect a full game of Quick Cups to last under 10 minutes. Plenty of time for multiple rounds or a quick distraction between homework assignments. Find your copy on Amazon or at your local big box retailer for around $20! Be sure to check out the other Spin Master Games titles we’ve featured over the past couple of years and see their entire current catalog on their website!