This will probably go down as a record for purchase-to-post in our Thrift Treasure series. We found this copy of Ghosts! by Milton Bradley on Friday afternoon at our local Goodwill for only $1.88. By dinner time we had already gotten our money’s worth! 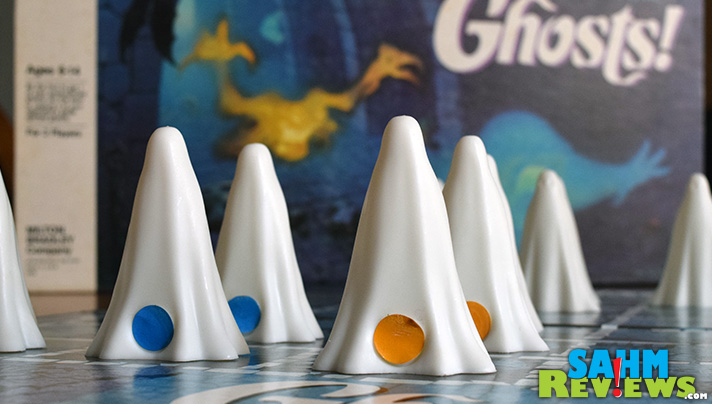 Rated for ages 6-14, Ghosts! is a simple-to-learn game that has you either trying to capture you opponents ghosts or getting one of yours to safety through a door on the other side of the board. 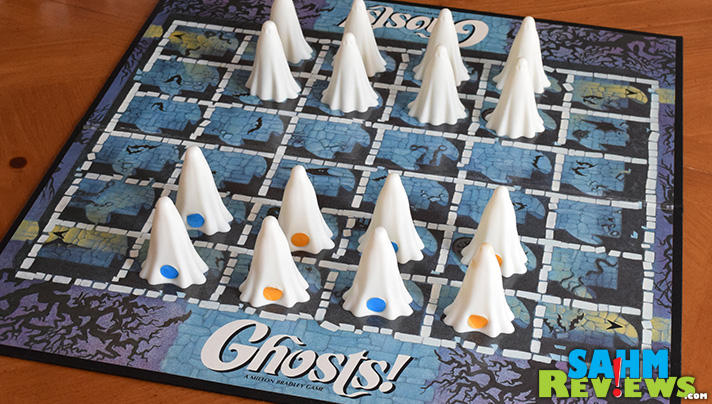 Each player begins the game with eight ghosts. Four have a blue sticker on them (good ghosts) and the other four have orange stickers (bad ghosts). Each player takes turns moving one ghost one space in any direction except diagonally. If another ghost occupies the space that you want, you capture it from your opponent. 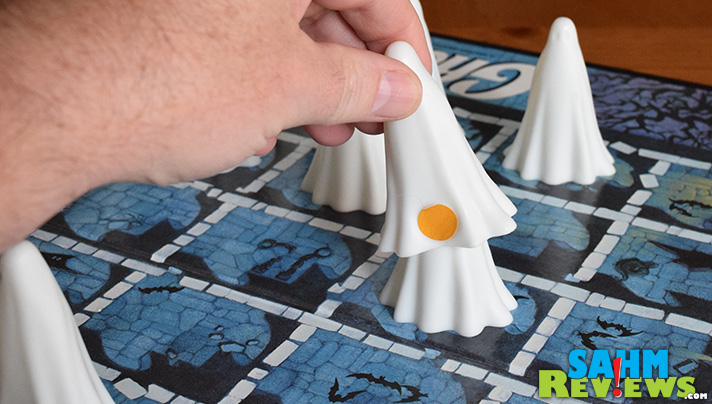 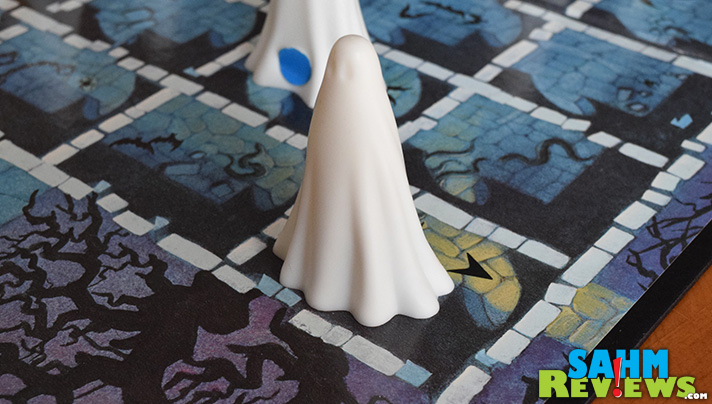 Additionally, if you are able to get one of your good ghosts to either opposite corner of the board, he can then exit the dungeon and you also win in this manner!

Originally issued in 1980 by Waddington under the name “Jekyll & Hyde”, their version had little statues whose face your opponent could not see until captured. Our Milton Bradley version hit the shelves in 1985 and you can still find this exact same game under the name “Phantoms vs. Phantoms” issued by Asmodee. You’ll have to settle for eBay or your local thrift store if you want to find one of these original Ghosts! versions.

And it would probably be worth the search. This version of Ghosts! included glow-in-the-dark pieces! A great touch you just don’t see in today’s games and perfect for our girls’ next sleepover!