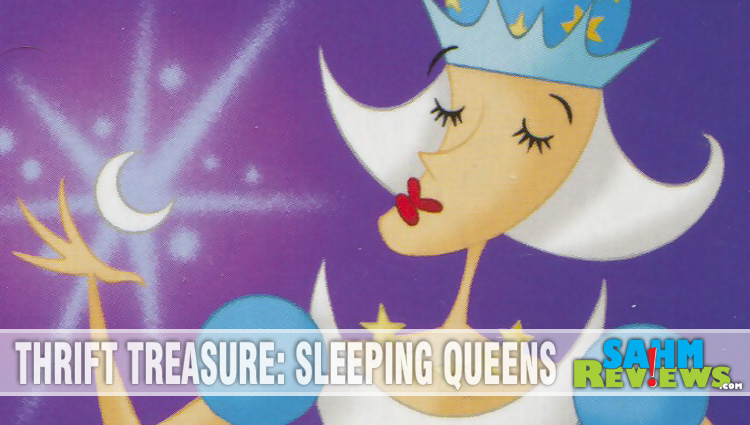 Luck has been with us lately when game-shopping at our local thrift stores. We’ve found enough 88 cent games to keep our Thrift Treasure series running for quite some time! If you haven’t started looking for great games at your local Goodwill or Salvation Army, you don’t know what you’re missing! 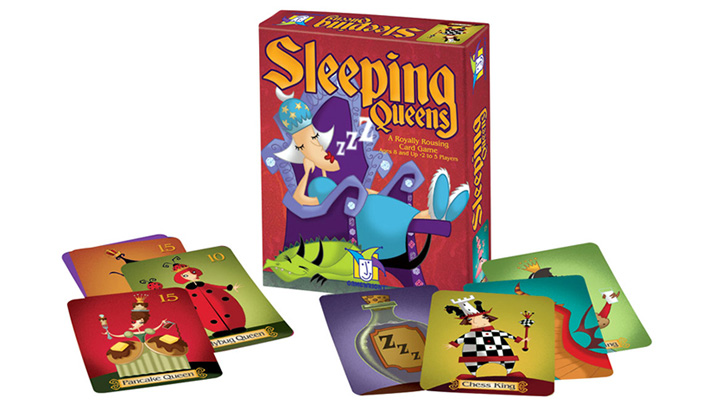 This week we happened across a card game from GameWright. We had a lot of fun with our last title from them, There’s a Moose in the House, and hoped this one would be as engaging. We were pleasantly surprised to find out that Sleeping Queens was all that! 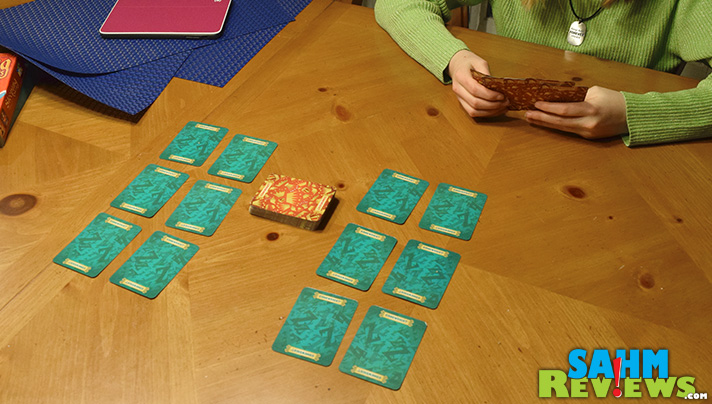 There are 79 cards in the box comprised of two decks. One set of twelve queens (shown above in their setup position) and the other 67 orange-backed cards in a draw pile. Each player is dealt 5 cards to their hand to play from. 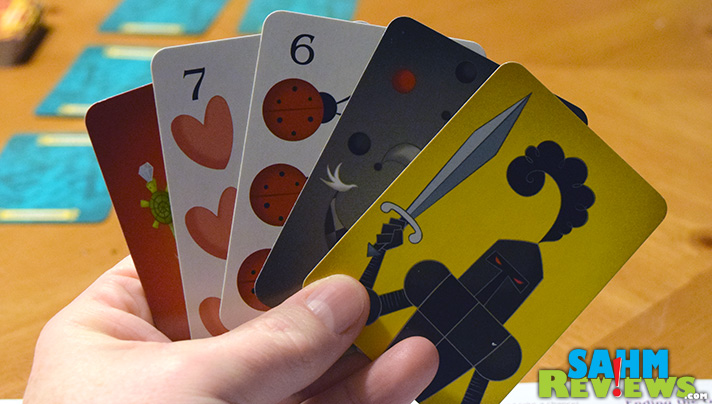 The object is to collect (wake up) 5 queens or queens totaling at least 50 points before your opponent. Play a King card and he wakes one up. Play a knight and he will steal a queen from an opponent, unless they have a dragon to defend her. 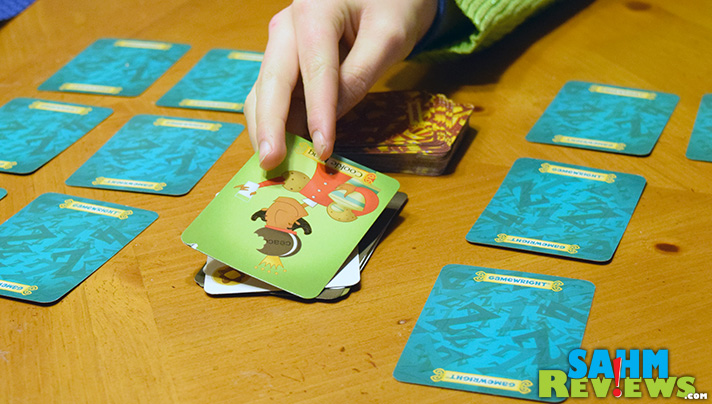 There is a sleeping potion to put an opposing queen back to sleep as well as a magic wand to counteract the potion. There are also various numbered cards that are only used as discards. You may discard two (and draw two) if you have a pair, and in a unique twist you can discard more if you are able to put together a mathematical equation (addition only). For instance, if you hold a 2, 3 and a 5 you may discards all three (and draw 3 new ones) because 2+3=5. 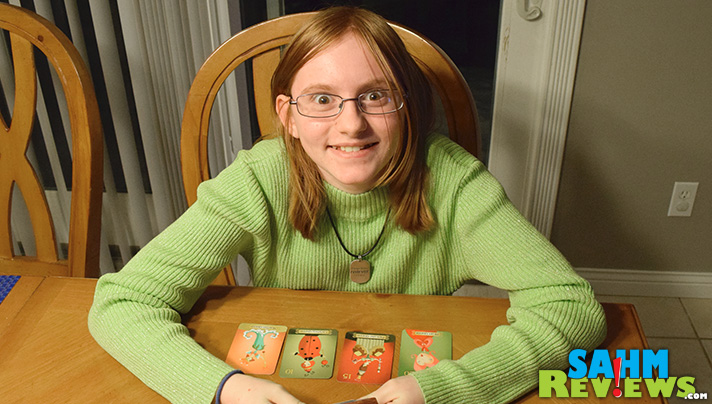 Sleeping Queens is rated for players 8+, but can easily be enjoyed by much younger children. Designed for 2-5 players and lasting only 5-10 minutes per round is a good (and inexpensive) travel game or time-killer between longer games. And like many of GameWright’s other card titles, is a Dr. Toy “Smart Toy” award winner! Pick up a copy on Amazon for under $10 shipped!