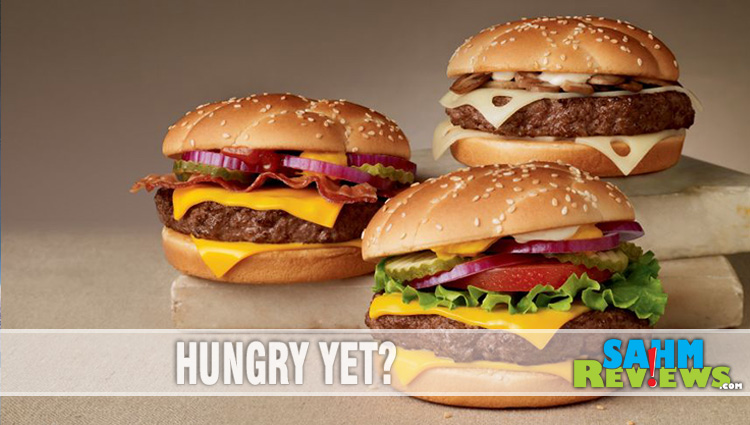 Move over Big Mac. Mushrooms are taking over!

For as long as I can remember, Hardee’s has been serving up Mushroom and Swiss burgers. During my college days, they were one of those foods I would crave when I had been out drinking. (Shhhh. My parents don’t know that I drank during college.)At the time, it was the only restaurant that I knew that served such a burger. In the years since then, more and more restaurants have started serving it but I’ve never been as happy as the one I got at Hardee’s.

But during a regular visit to McDonald’s last week, I was shocked to see a dramatic change to the menu. Fancy burgers! At McDonald’s! Third Pound Angus Burgers. At McDonald’s! And among them, a mushroom and Swiss!  I about fainted.

Don’t get me wrong, I enjoy a well-prepared Big Mac but I have never considered McDonald’s to be a place for any kind of ‘gourmet’ burger.  I guess when they started the McCafe, I should have expected they would try to upscale more of their menu. 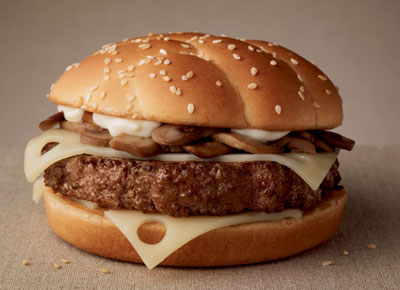 Now, I have to tell you that usually when I do a review, I like to use my own photos.  But really, I don’t haul my camera everywhere.  If I did bring my camera to McDonald’s that day, you would likely see pictures of the mom who let her kids run rampant and not follow the rules (yeah, she told them it was okay to break the rules)… but that’s another story entirely.  My point is that I pulled these pictures off the McDonald’s site.

And I’ll be honest – I don’t know if that’s what it really looked like. I don’t recall sesame seeds on the top.  What I do recall is being anxious to try it out.  I also remember enjoying it so much that I didn’t put it back down to examine it.  Aside from the mushroom and the Swiss, it tasted like the beef itself was seasoned with garlic salt or something.  It was very tasty and had a pretty short life span. McDonald’s obviously learned their lesson from failed products like the McDLT. This new burger puts the rest of their stuff to shame.

Mushrooms not your thing?  That’s okay, too. They also have a Bacon and cheese in the Angus Third Pounders, as well as a Deluxe but I haven’t tried either of those.  Doubt I will since I enjoyed the Mushroom and Swiss so much!If you’re curious, here’s the scoop on each of the burgers: 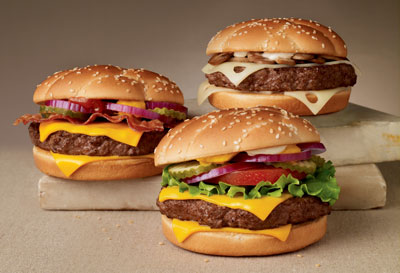 Mushroom and Swiss: Made with a third-pound* of 100 percent Angus beef topped with creamy mayonnaise, sautéed mushrooms and slices of Swiss cheese served on a toasted bakery-style sesame seed roll.

Note: *Weight before cooking at least 5.33 oz (151.1 gms)If you haven’t been to McDonald’s lately, maybe you should. You can sit down and enjoy an Angus Third Pounder and a McCafe mocha. It’s not the same McDonald’s that we grew with.Very often, companies and PR firms send products to me to try out and review.  This is a case where I reviewed the product because it was new, I was surprised by it and I like it.  This review was prepared completely unbeknownst to McDonald’s or any of their representatives.

One comment on “Move over Big Mac. Mushrooms are taking over!”