This week marks a milestone in our quarantined life. We were able to go out to our local Goodwill and actually found a game for sale we didn’t already own! It’s been at least two months of our thrift stores being closed and I honestly thought they would have piles of things to set out. That wasn’t the case – closed also means no donations!

The one game we did end up purchasing isn’t a classic or highly rated on BoardGameGeek. It also reminded us a lot of Yogi by Gigamic, even though it was published decades before that silly card game. I guess it would be more appropriate to say that Yogi was inspired by Bent Outta Shape by Gabriel!

The object of Bent Outta Shape is to be the last player to touch all of their collected body parts at once. Don’t worry, this is totally a family-appropriate game – even with the sketchy description. Inside the box you’ll find a standard-sized game board, cardboard spinner, 40 plastic tokens and a “Body Bender” marker. I’d like to point out that the marker is dual-sided and features a boy on one side and a girl on the other! Not a common feature for games issued in the early 80’s! 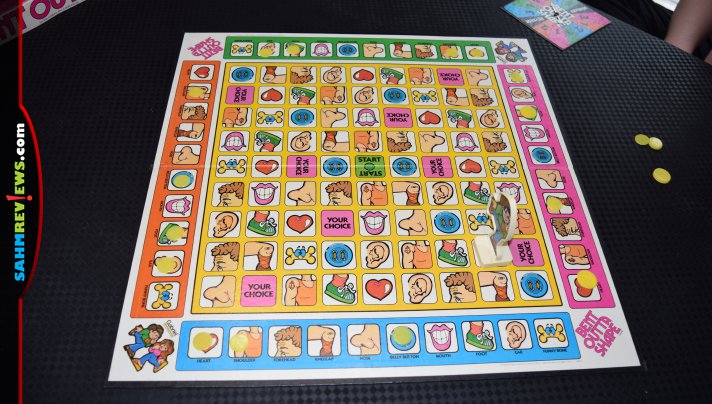 Quickly set up the game by laying out the board and placing the Body Bender marker on the “Start” space. Give each person ten tokens, which are kept in a pile in front of them. Each player sits so they are facing one side of the board with ten body parts lined up in front of them. A first player is chosen and given the spinner to start the game! 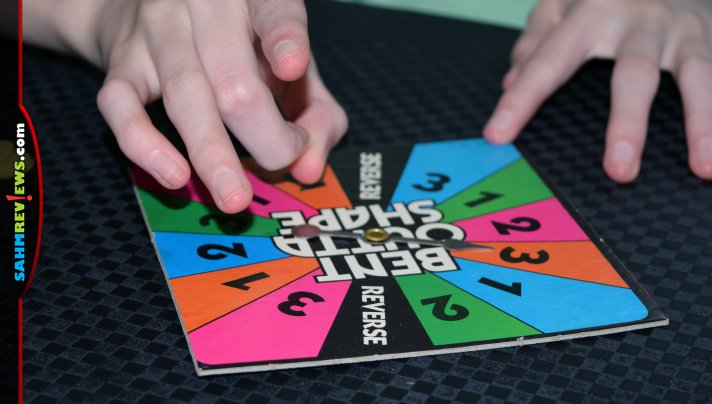 The active player will spin the spinner and move the Body Bender the matching number of spaces towards the matching color result. Whichever body part the marker ends up on is the one the active player must now touch with their thumb or first finger. That part is also marked with a token in the area in front of the active player to keep track of all the parts they must touch simultaneously. As additional turns are taken, the number of parts required to be touched are increased! 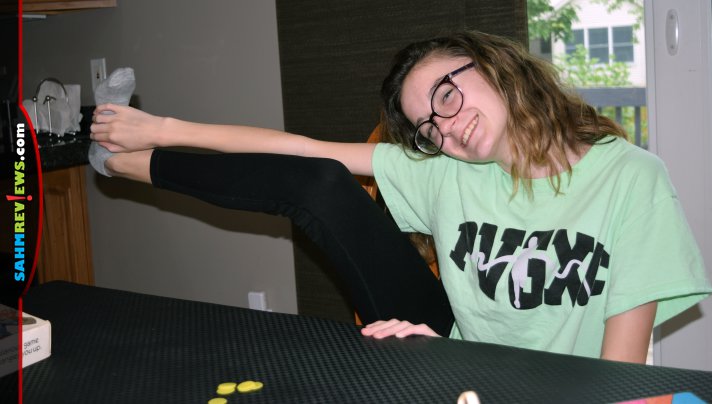 You might be thinking, “how can I touch 10 body parts with only four fingers?” Once you touch a body part, you can then use that part on future turns to touch something else. For instance, one of the parts is your funny bone (elbow). Touch that with a finger and then use the funny bone to touch your knee! You only need to prove your flexibility for a couple seconds until all other players are satisfied with your feat. 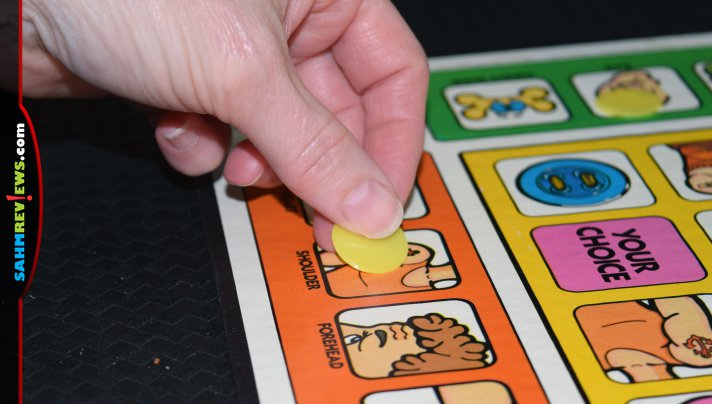 Turns continue in clockwise order with each player spinning, moving the marker and adding a body part to their list of things required to touch. If a duplicate part is landed on, choose another player to receive that part. If landing on “Your Choice” or on a part that everyone already has, choose any part on which you don’t currently have a token. Any player who cannot touch all of their parts is eliminated from the game. The last person standing is the overall winner! 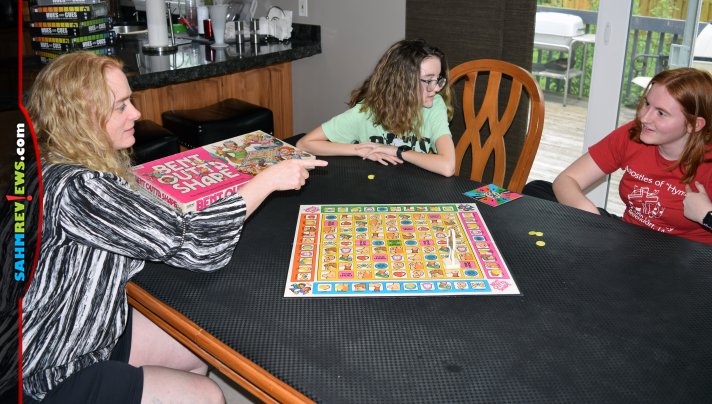 Not meant to be a serious game, Bent Outta Shape is still a fun distraction during the stay-at-home mandate. It’s less about who wins and more about watching others try to complete the challenge. Copies of Bent Outta Shape are plentiful on eBay, so you can be choosy about price and condition. If tokens are missing, they are easily replaced by other items. The spinner, board and marker are key. Make sure those are present.

What is your latest thrift store find?