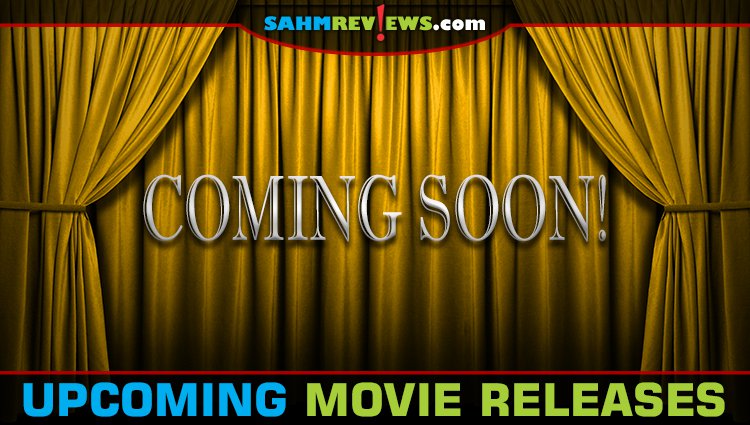 August was another fun month at the movies. Bullet Train was awesome although I haven’t had a chance to do a write up about it yet. But I did have a chance to share thoughts on Jordan Peele’s NOPE movie that we were delayed in seeing due to illness. Even though we weren’t able to see Nope when it first released, we were able to enjoy it because the story line hadn’t been spoiled for us.

I’m not sure which movies we will head to in September, but there are a few that look like real winners. Check out the various options!

Honk for Jesus. Save Your Soul.

Honk for Jesus. Save Your Soul. is a satirical comedy starring Regina Hall as Trinitie Childs – the proud first lady of a Southern Baptist megachurch, who together with her husband Pastor Lee-Curtis Childs (Sterling K. Brown), once served a congregation in the tens of thousands. But after a scandal forces their church to temporarily close, Trinitie and Lee-Curtis must reopen their church and rebuild their congregation to make the biggest comeback that commodified religion has ever seen.

Gigi & Nate is the story of Nate Gibson, a young man whose life is turned upside down after he suffers a near-fatal illness and is left a quadriplegic. Moving forward seems near impossible until he meets his unlikely service animal, Gigi – a curious and intelligent capuchin monkey. Although she is trained to assist Nate with his basic needs, Gigi helps Nate find what he needs most of all: hope.

A young woman traveling to Detroit for a job interview books a rental home. But when she arrives late at night, she discovers that the house is double booked, and a strange man is already staying there. Against her better judgment, she decides to spend the evening, but soon discovers that there’s a lot more to fear than just an unexpected house guest.

Following a massive heart attack, Randal enlists his friends and fellow clerks Dante, Elias, Jay, and Silent Bob to make a movie immortalizing his life at the convenience store that started it all.

Trapped on her family’s isolated farm, Pearl must tend to her ailing father under the bitter and overbearing watch of her devout mother. Lusting for a glamorous life like she’s seen in the movies, Pearl finds her ambitions, temptations, and repressions all colliding in this stunning, technicolor-inspired origin story of X’s iconic villain.

The Woman King is the remarkable story of the Agojie, the all-female unit of warriors who protected the African Kingdom of Dahomey in the 1800s with skills and a fierceness unlike anything the world has ever seen. Inspired by true events, The Woman King follows the emotionally epic journey of General Nanisca (Oscar®-winner Viola Davis) as she inspires the King to take on the enemies determined to violate their honor and destroy their way of life. Some things are worth fighting for…

Welcome to RIOTSVILLE, USA, a turning point in American history where the protest movements of the late 1960s came into conflict with increasingly militarized police departments. Focusing on military training footage of Army-built model towns called “Riotsvilles,” where military and police were trained to respond to civil disorder in the aftermath of the Kerner Commission created by President Lyndon B. Johnson, director Sierra Pettengill’s kaleidoscopic all-archival documentary reconstructs the formation of a national consciousness obsessed with maintaining law and order by any means necessary. Drawing insight from a time similar to our own, RIOTSVILLE, USA pulls focus on American institutional control and offers a compelling case that if the history of race in America rhymes, it is by design.

See How They Run

In the West End of 1950s London, plans for a movie version of a smash-hit play come to an abrupt halt after a pivotal member of the crew is murdered. When world-weary Inspector Stoppard (Sam Rockwell) and eager rookie Constable Stalker (Saoirse Ronan) take on the case, the two find themselves thrown into a puzzling whodunit within the glamorously sordid theater underground, investigating the mysterious homicide at their own peril.

Alice (Pugh) and Jack (Styles) are lucky to be living in the idealized community of Victory, the experimental company town housing the men who work for the top-secret Victory Project and their families. The 1950’s societal optimism espoused by their CEO, Frank (Pine)—equal parts corporate visionary and motivational life coach—anchors every aspect of daily life in the tight-knit desert utopia. While the husbands spend every day inside the Victory Project Headquarters, working on the “development of progressive materials,” their wives—including Frank’s elegant partner, Shelley (Chan)—get to spend their time enjoying the beauty, luxury and debauchery of their community. Life is perfect, with every resident’s needs met by the company. All they ask in return is discretion and unquestioning commitment to the Victory cause. But when cracks in their idyllic life begin to appear, exposing flashes of something much more sinister lurking beneath the attractive façade, Alice can’t help questioning exactly what they’re doing in Victory, and why.

The Good House follows Hildy Good (Sigourney Weaver), a wry New England realtor and descendant of the Salem witches, who loves her wine and her secrets. Her compartmentalized life begins to unravel as she rekindles a romance with her old high-school flame, Frank Getchell (Kevin Kline), and becomes dangerously entwined in one person’s reckless behavior. Igniting long-buried emotions and family secrets, Hildy is propelled toward a reckoning with the one person she’s been avoiding for decades: herself.

After witnessing a bizarre, traumatic incident involving a patient, Dr. Rose Cotter (Sosie Bacon) starts experiencing frightening occurrences that she can’t explain. As an overwhelming terror begins taking over her life, Rose must confront her troubling past in order to survive and escape her horrifying new reality.

If you happened to watch all the trailers, you might have noticed a recurring theme for this month: thrillers, suspense and next-month-is-Halloween horror movies! There are a few movies that will be at the top of our viewing list, but we’ll see which we end up at first!

Which September movie releases are on the top of your list?