The past couple of weeks of shopping at thrift hasn’t yielded much. Normally we look for more expensive games which we can grab at a huge discount. Or at the very least a game that has been out of print for a few decades. No such luck lately. All we’ve been able to find are inexpensive card games like the copy of Family Feud Strikeout we featured last Sunday.

This week is no different. The only thing to make it into our basket was this like-new example of Dino Duel by Briarpatch. We knew nothing about the game other than its very low rating on BoardGameGeek. That didn’t deter us much since there were only four votes – hardly enough for a valid sampling. In hindsight, maybe we should have listened. 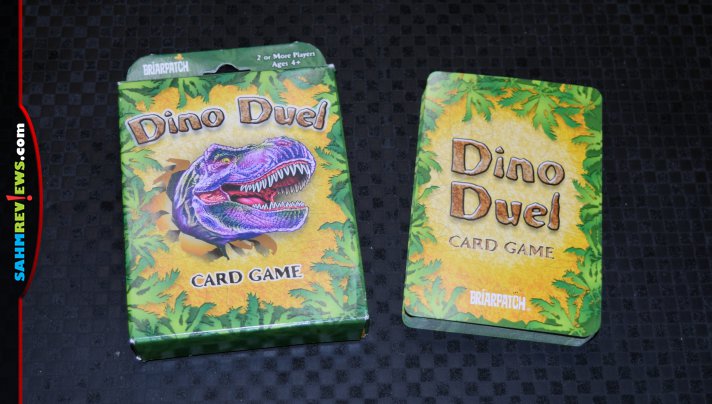 Let’s start with the good parts first. Dino Duel features an oversized deck of 48 playing cards the size of the box. Each card features cute artwork along with names of various dinosaurs and range from one to three of the reptiles. Unfortunately, there are also only three dinosaur types – Apatosaurus, Stegosaurus and Tyrannosaurus Rex. If you’re a fan of prehistoric creatures, this is not the dinosaur-themed game of Wingspan you’re looking for. 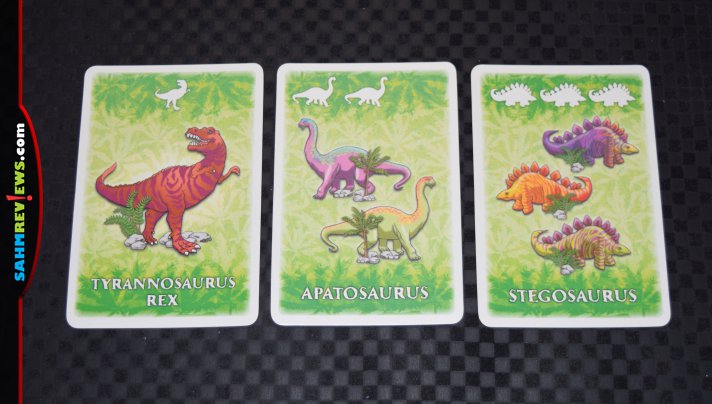 Dino Duel is at best a modified game of War. At the beginning of the game the deck is shuffled and dealt out evenly to all players. Extra cards are returned to the box. Players then draw a three-card hand and will play 1-3 cards face down in front of them. All played cards must be of the same dinosaur type and may include one of the wild cards which represents any of the species. 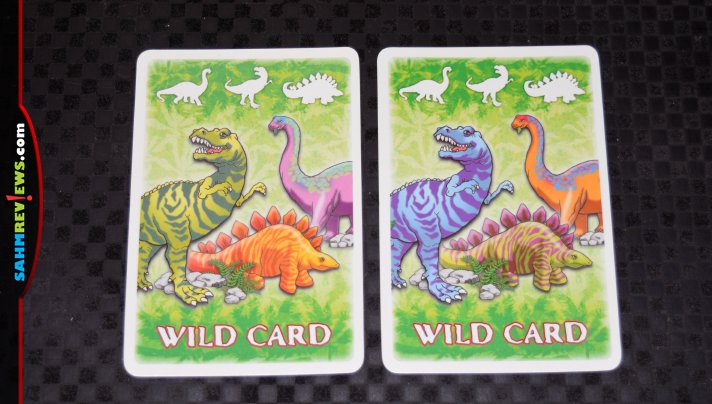 All players will reveal their played cards simultaneously and the person with the largest number of dinosaurs collects all the cards played. For simplicity, there are silhouettes at the top of each card to make counting easier. 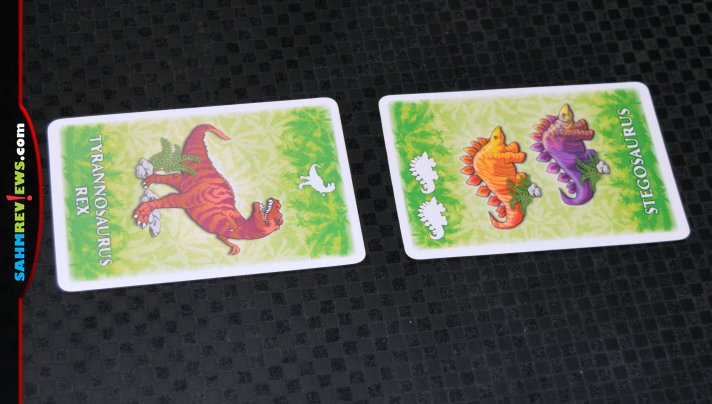 If there is a tie for most dinos, there is a Dino Duel (War)! Each tied player turns over the topmost card from their draw stack and whoever’s card shows the most dinosaurs wins the round and all the played cards. These are kept in a separate scoring stack. 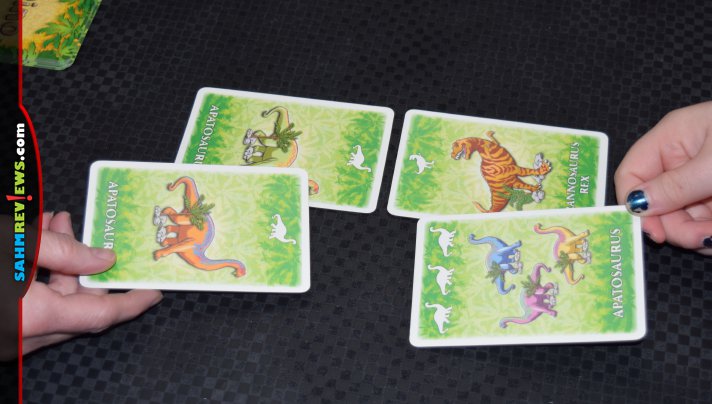 The game continues until players have used all their cards. If one person has cards left, those are put aside and not used in scoring. The winner of Dino Duel is the player who has the most cards (not dinosaurs) in their scoring pile. If there is a tie, tied players shuffle their cards, draw a new hand and play one more round to determine the winner. 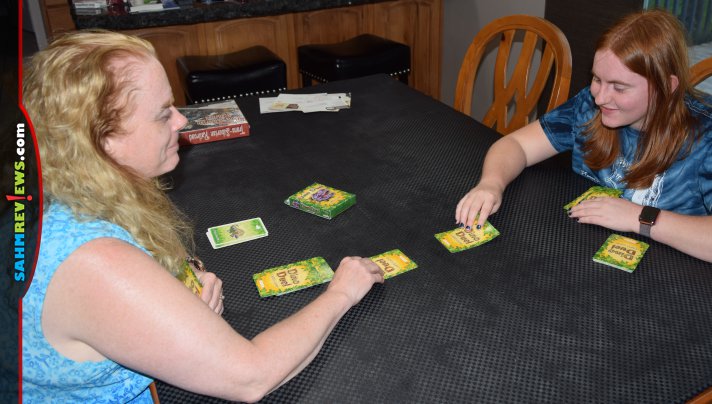 As you probably figured out about five minutes ago, this is just a modified version of War with fewer suits (dinosaurs) and isn’t any more fun. It’s no wonder this 2008 issue is no longer available new. But you’re in luck, overpriced copies can be found on eBay!

What game do you own that you wish you didn’t?