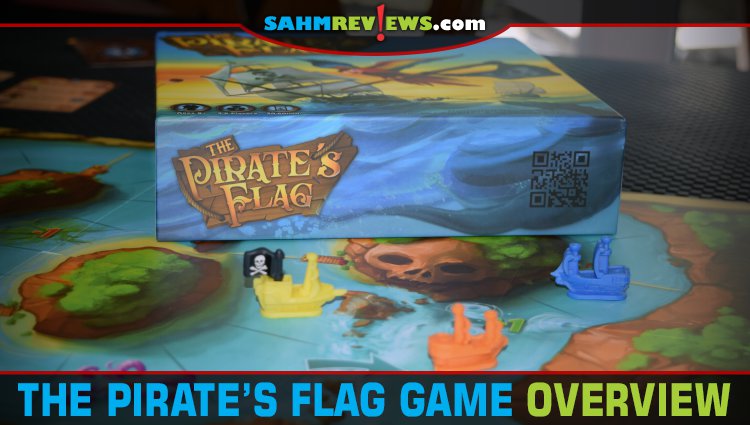 Do you remember back to the days of playing capture the flag or flag football as a kid? I remember the joy of being the first one to get the flag knowing well that I wouldn’t likely hold onto it very long. It didn’t matter how the flag got into play as much as the excitement once everyone was strategizing on how to lay claim to it. The closest I get to that now is when the dog decides to play. Tink will grab a stick and take off running through the yard when all we want is for her to come back inside. And, of course, through board games. We play a wide range of games and are careful not to judge a book by the cover. There are people who absolutely love some games that I do not and vice versa. Some people gravitate toward an excellent 2-player game while others enjoy a colorful party game. Train-themed games have a solid following no matter what the game mechanic so it’s obvious that there is no predicting what people will want to play. 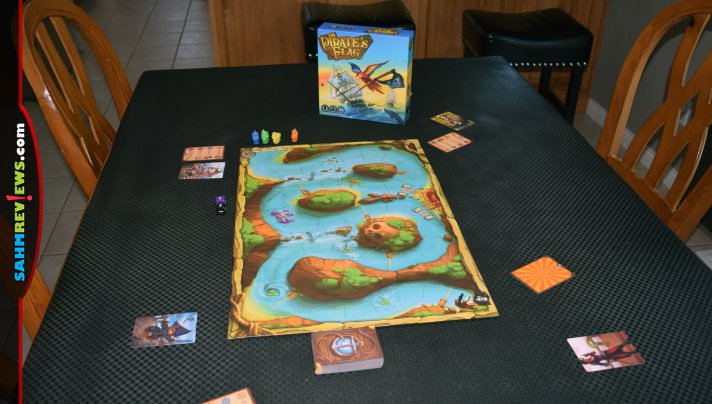 The Pirate’s Flag by CardLords is a capture-the-flag game that incorporates cards to throw opponents off course. Whether it will attract people for the theme or the ease of play isn’t something I can predict. What I can tell you is how easy it is to set up and learn. Unpack the board, shuffle the deck of cards, select a ship and captain card then insert the flag in the corner of the board. Done. You’re ready to play! 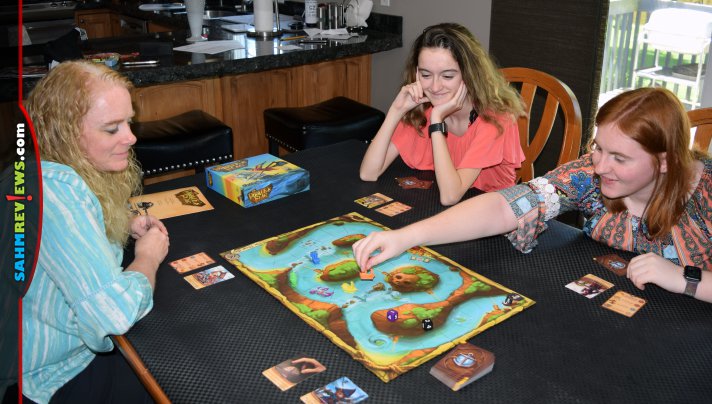 The object of The Pirate’s Flag is to be the captain who is able to safely transport the flag into The Dread Sea. You don’t have to be the one to actually pick it up from the other end of the board, but that means you’ll need to battle and take it from whomever does. 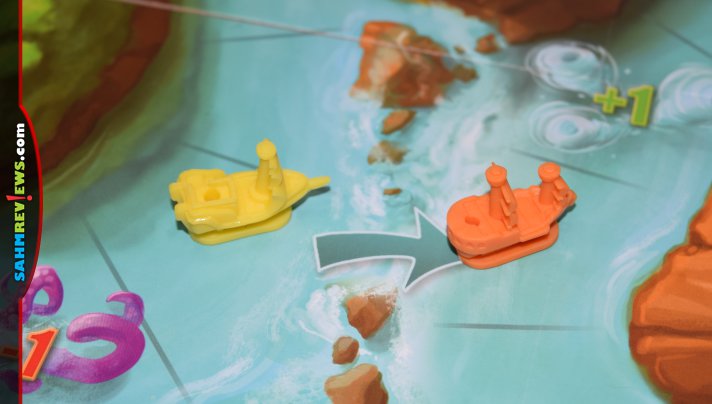 Players take turns rolling the dice and moving across The Serpent’s Pass. There are a handful of obstacles that force you to move forward or back one space if you land on them. If you pass by the upper side of a waterfall, you can take the shortcut and proceed from there. 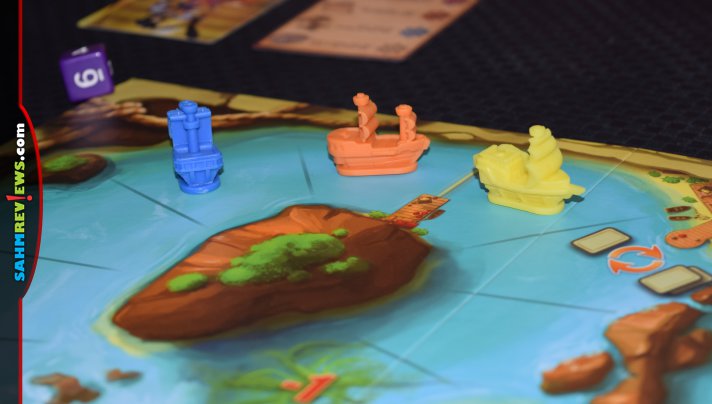 But it isn’t always a good idea to do that because you collect cards by traveling past the docks. There are also a couple of trading posts that allow you to discard a card and pick up two different. These cards are important because they can be played to hinder your opponents’ progress. 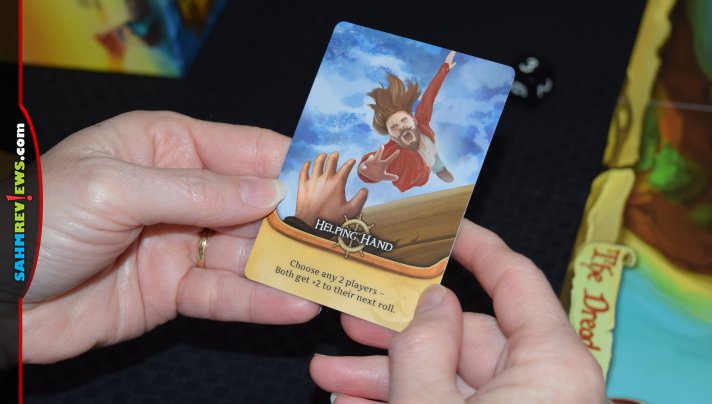 There’s a hand limit of five (or six if you happen to be the player to collect the flag from it’s post). Some of the cards can be played on your turn and others when your opponents are playing. The text on the cards is very clear on when it can be played and the effects. This make the game easy for younger kids to join. 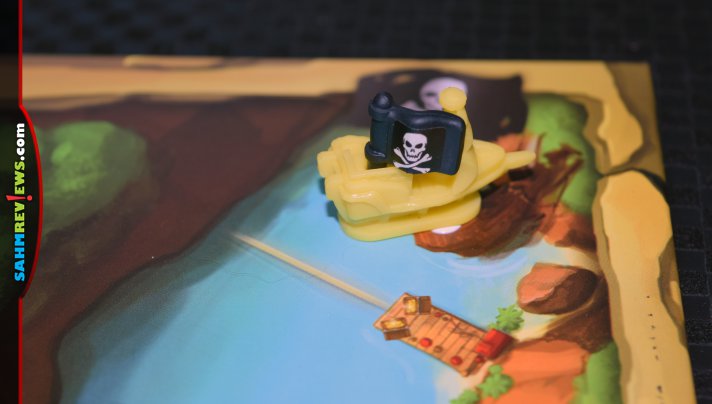 Once a player has collected the flag, they start heading back toward the sea and will need to survive attacks from the other captains. When challenged for the flag, players roll then factor in any cards to determine the winner. The flag transfers ships and the race is back on! The process continues with players attacking the flag carrier until one is able to successfully make it to the open sea and get away.

The Pirate’s Flag is a family-friendly game for 3-6 players. The more involved, the more chaotic it becomes! Available direct from CardLords or on Amazon, if you have a pirate-fanatic in your family, check it out. Sail over to Twitter to learn about other projects CardLords has on the ship.

What theme will attract your attention to a game before you know anything about it?