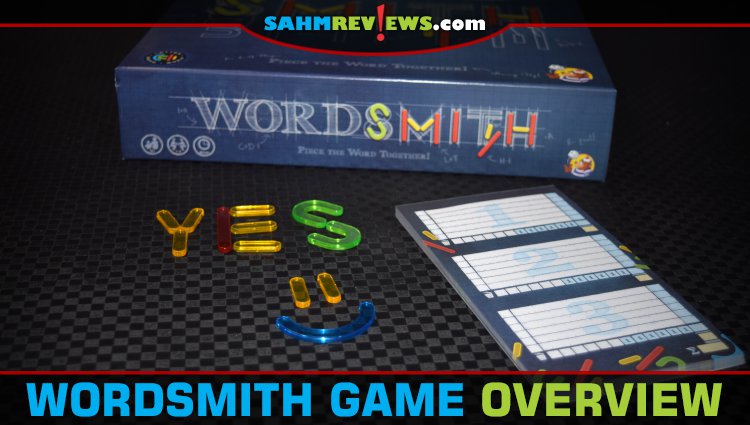 With so many families discussing the possibility of online learning resuming in the fall, I am seeing a lot of conversations about games for homeschooling. There are so many opportunities to work school subjects into game night that it makes sense to incorporate some of these even if you aren’t *trying* to actively teach. If a game is fun to play, then the fact you’re learning something is a bonus. We have played a lot of word games over the years and always enjoy when a game publisher finds one that gives the genre a unique spin. Letter Jam and Just One are a couple of cooperative word games and those have been my favorite recent additions to the collection. But competitive word games are always an interesting mix. Wordsmith is a recent release from Asmodee and it made me remember why cursive writing is dying. When you see how the game is played, you’ll understand why I conjured those thoughts. 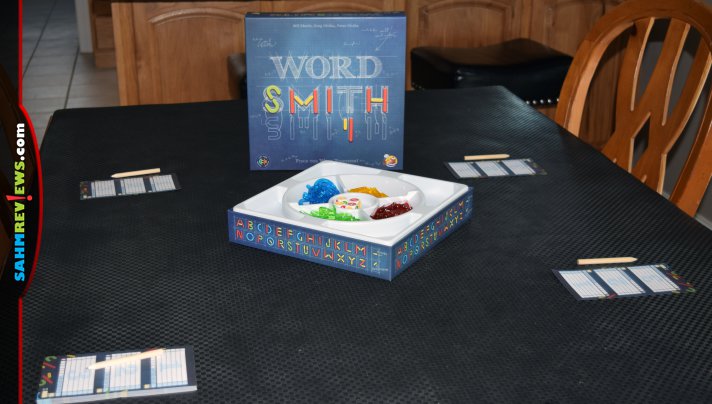 The box includes a tray where you’ll separate the four types of pieces. Place it in the center of the table, aligned so each player is able to see a side of the box (as opposed to a corner). Add the dice to the center ring, give everyone a sheet from the score pad along with a pencil. That’s it. You’re ready to play! 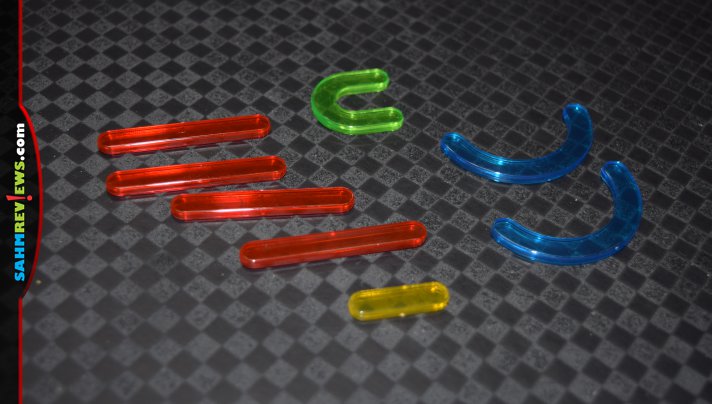 There are four different types of pieces in the game. A long straight piece, a short straight piece, a half oval and a large half circle. Using these four pieces, you can create every letter of the alphabet. I instantly thought of the dice in Ambiguity then realized the letters actually look more normal once constructed. And by normal, I mean they look like the letters so many people write instead of using cursive writing. 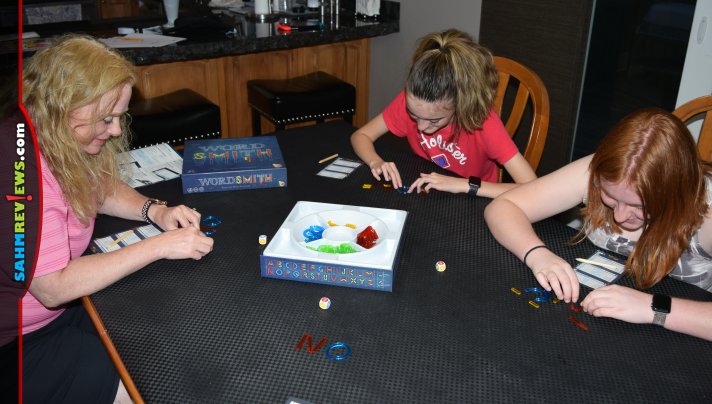 The goal of Wordsmith is to create six words using only specific pieces. At the beginning of the round, you’ll roll the dice and all players will collect the four pieces displayed on the dice. Repeat this process so all players now have eight pieces. 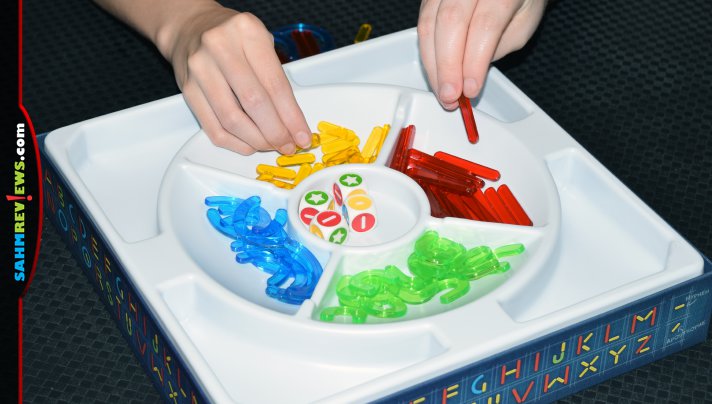 Simultaneously, begin using the pieces to create letters and form words. It’s important to point out that there are right and wrong ways to create letters. As an example, The “A” uses two long straight pieces and the short one. Although it may still resemble the letter, you cannot create an “A” by using three long straight pieces. All the letters and their available configurations are displayed on the sides of the box. 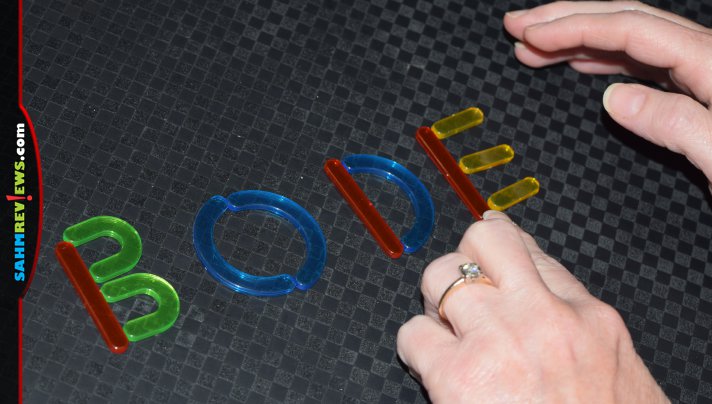 When you create a word, yell it out, spell it out and your opponents will confirm if it’s valid. If so, you’ll score for it. If someone already has claimed that word, try again. Only one player may claim a particular word! The value you’ll score for the word is equivalent to the number of letters in it. Apostrophes and hyphens are allowed and count as a letter for the purposes of scoring. 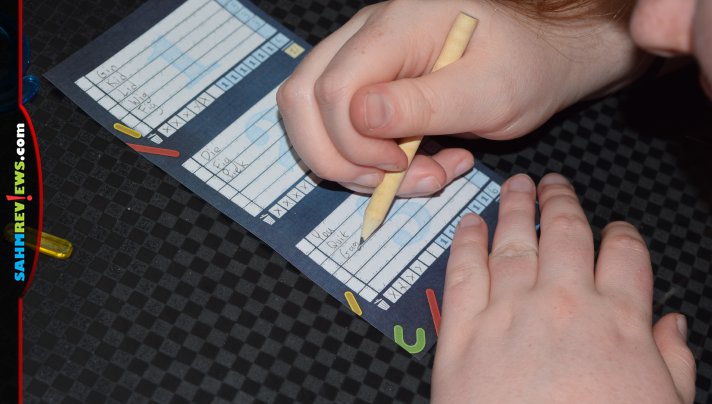 If there are no objections, record it on your score sheet. You’ll need to check the boxes below the round to indicate how many pieces you did not use for that word then discard leftover pieces back into the tray. Create a new word using your remaining pieces and repeat the process to claim it! You may add a new letter piece at any time by rolling your die and taking the resulting piece. You only have twelve discard slots so if you use them all up you’ll need to find words that incorporate all the remaining pieces!

The round ends when someone claims their sixth word. All other players may complete one last word without adding more pieces. You’ll complete two additional rounds in this same manner then tabulate scores to determine the winner. While word games often give adults an advantage, the process of creating words using these four pieces puts a different spin on the game by encouraging the use of small words. You can also adjust the difficulty by modifying the number of discard spaces available to kids vs adults. If you’re looking for ideas for games to play to supplement online learning, Wordsmith not only works on spelling, but can also help younger kids learn about forming letters. Pick up a copy on Amazon or direct from Asmodee. You can also check with your local game store to see if they have copies available. While you’re surfing, be sure to check out Asmodee’s library of print and play games that was promoted when people couldn’t go shopping during the pandemic! Check out Asmodee on Facebook and Twitter to see what else they’re working on!

Do you think schools will return to onsite learning in the fall?