Last week we set out as detectives to solve mysteries in Chronicles of Crime. Searching crime scenes, examining clues and interrogating suspects were a few of the things we tackled as we attempted to close the cases. While we thoroughly enjoyed the game, we don’t always feel like playing the part of the good guys. We’re turning the tables this week to experience the other side. We won’t be posing as gangsters like with Mansky Caper. This time, we’re taking it old school. The objective: break into a safe and escape with the loot in Heist: One Team One Mission from University Games. 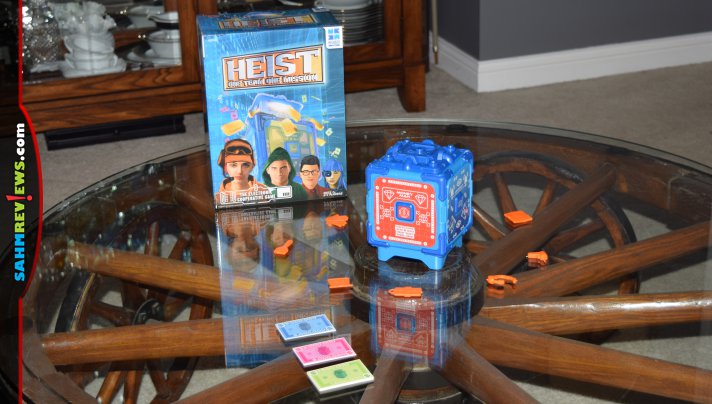 I feel like a lot of articles start out with “setup is easy”. Often, it is… as is true this time. Take the safe out of the box and install three AA batteries. Batteries don’t come with the game, but that’s not a deal breaker for us. We have a general rule to remove batteries from our games before putting them back on the game shelf. Too many times we’ve opened up thrift store games to discover they’ve been ruined by corroded batteries. This has instilled in us the need to keep our games safe from long-term damage. Anyway… put in the batteries and turn it on.

Open the lid and place the gold bars in the designated slots. Replace the lid and put the safe in the center of the table, making sure to orient it in a manner that points one side to each member of the crew. Give the money to the player posing as the Money Man then scatter the tools around the box within reach of all players and you’re ready to go. 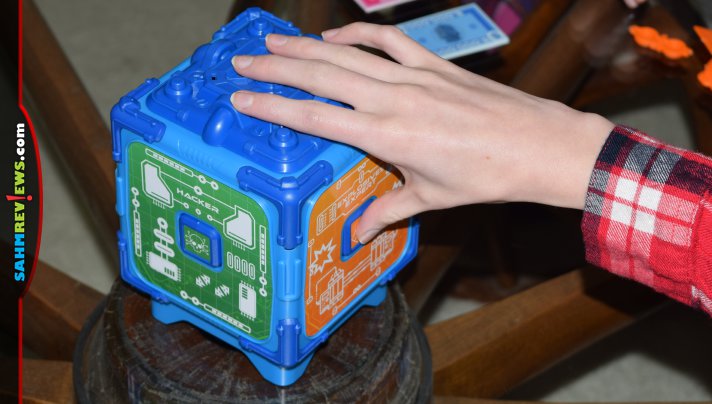 You’ll begin the game by pressing any button to activate it then proceed to respond to the instructions by the boss. The first thing is to confirm which roles will be taking part (Hacker, Money Man, Explosives Expert or Lookout). You must have at least two roles for the game to work, but you can select up to all four, regardless of player count. Next, select one of five difficulty levels. After that, the boss will begin instructing you what to do!

The easiest way to explain it Heist: One Team One Mission is say it’s an audible version of Simon. There are a handful of commands the boss will give including Get, Pass, Trade, Use and Grab. With the “Get” Command, the boss will announce a player and a specific tool. “Pass” is an instruction to pass a specific tool to a new crew member. Without announcing who has which tool, the “Trade” command instructs you to swap two tools between each other. It makes a difference who has what so don’t get confused. Whomever has the specific tool mentioned when the boss says to “Use” an item needs to press the button on their side of the safe. You’ll earn money based on how well you do and will collect money when the boss says, “Grab”. 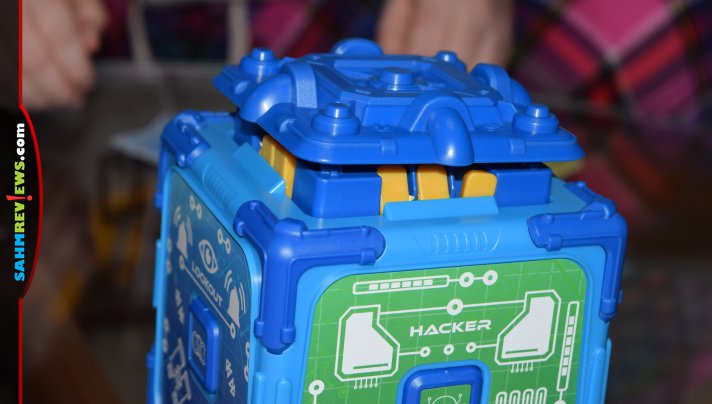 Of course, the clock is ticking while all of this is happening. The safe begins to open as the game progresses with audible messages alerting you when you’re halfway done. It’s important to note that you can’t place your hand on the top because it will prevent the lid from opening! Make mistakes and you’ll alert the police. If you are successful with this heist, the lid will open and you’ll collect the gold!

Heist: One Team One Mission is a cooperative game so you’ll either all win or all lose. The bonus is that an entire game only takes FIVE minutes. Families who need a break from the chaos can easily squeeze a game in. No getaway driver needed if you snatch the game off Amazon. Locally, check for the game at Barnes and Noble. See if you can crack the clues on Facebook and Twitter to find out about games from University Games!

Which make-believe criminal crew member would best highlight your talents?