It seems like there are a lot of games today that have the active player giving one-word clues in order for others to try and guess what they’re thinking or describing. Just One by Repos Productions is an amazing example (and 2019 Spiel des Jahres winner) of a word game that uses this mechanic. But it was hardly the first.

We’re constantly running across games that have used the idea of giving simple clues to express a larger meaning. One example we found right before the lockdown is LINQ by Endless Games. Published in the early 2000’s, LINQ challenges you to find the two people giving clues for the same word – but they don’t want you to figure it out! 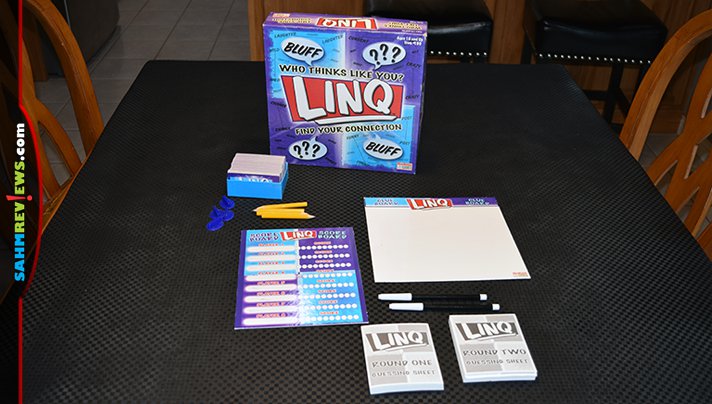 Inside the box you’ll find dry erase boards for clues and scoring, paper guess sheets, pencils and markers, 240 paired LINQ word cards and ten bluff cards. The game must be played with at least four people. Each person is given a pencil and two guess sheets (one for each round). A dealer is chosen, which will rotate after each match. Another person is selected to act as the scribe and will do so for the entire game. 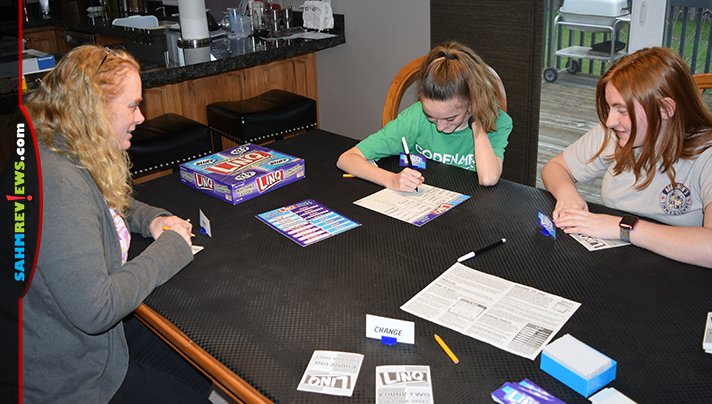 During each round, the dealer will select the next two cards from the deck of LINQ cards. These cards are not shuffled as they are paired up. To the two cards drawn, a number of bluff cards are added until there are an equal number of cards as players. They are then shuffled together and dealt out – one to each player. 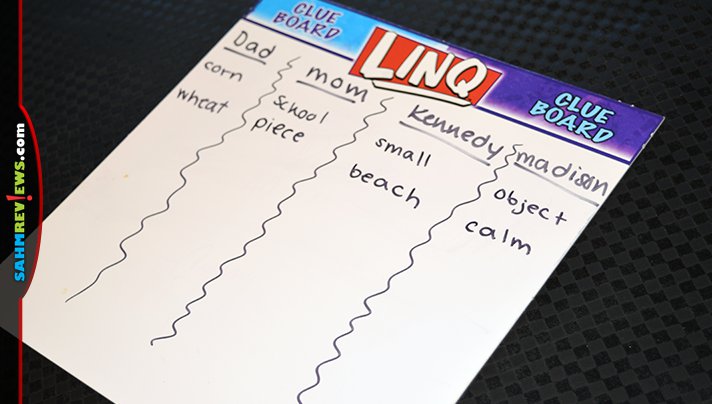 The match begins with the player to the left of the dealer giving a one word clue to describe their card. The two people with an actual word on the card want to give a clue which will alert the other player with the same word that they are LINQ’ed. The clue must not be too obvious, since they do not want the other players to know their identity. All other participants have cards with “???” on them. This means they will give any clue, hopefully one that throws their opponents off the trail of who actually has words on their cards. 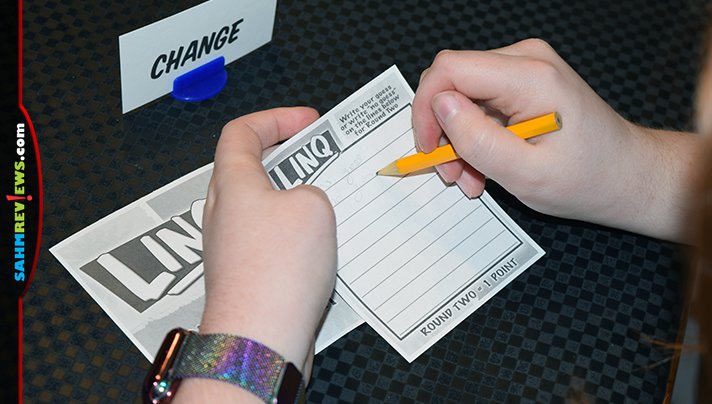 After everyone has had the opportunity to give a clue, players will take their round one sheets and either make a guess on the two players to have a LINQ or write “No Guess”. You may only make one prediction per round, in either the first or second rounds, earning more points if you correctly guess in the earlier round. Once everyone has written on their sheets, a second round is played in the exact same manner as the first. 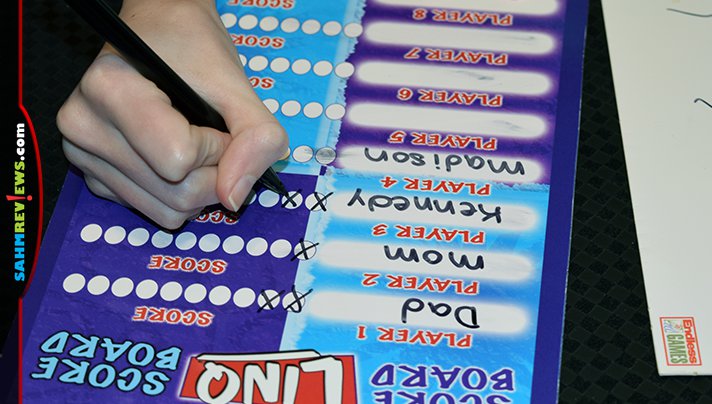 At the end of the second round, players reveal their guesses of who the players with a LINQ were. The actual LINQ’ed people are also revealed and scores are tallied – 2 points if you correctly guessed on your round 1 sheets, one point for getting it correct during the second round. The two players with word cards must BOTH correctly guess each other as having a LINQ to earn any points. Otherwise, they score nothing, even if one of them had been correct. The first player to score 10 total points wins! If there is a tie, another match is played with each player only giving one clue per round.

Although a 2008 Spiel des Jahres Recommended game, it could be polished a bit more to be competitive in today’s hobby game market. There’s no need to have both paper and dry erase when the latter would work for the guessing sheets. The bluffing cards tend to wear quickly since they are used every round and thus are easy to spot when dealt out. Being a LINQ’ed player makes it easier to score, so I would have liked to have seen something to mitigate the luck aspect of being dealt a word card more often. If you see LINQ at thrift, it’s still worth picking up for a buck or two. You can also find new copies on Amazon for under $20 shipped!

What is your current favorite word game?