If you’re like us, when you think of ThinkFun, you recall single player games with levels which increase in difficulty as you play through them. These are their bread-and-butter and they’re very good at it. But over the years they’ve also issued traditional multi-player games. A perfect example is this copy of Trango we picked up at our Goodwill last week. 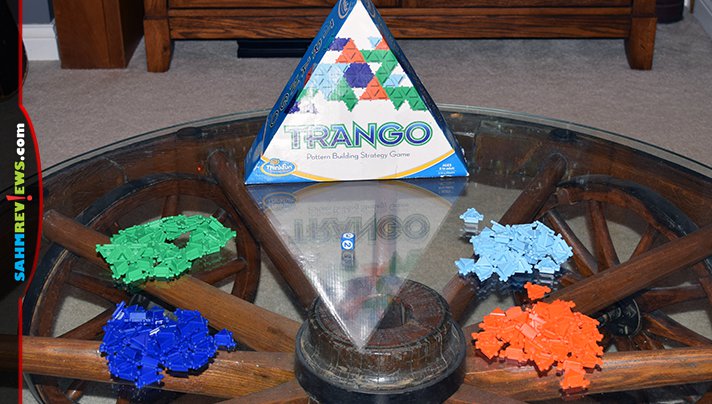 Trango is a game for up to four players that combines strategy with pattern matching. Points are scored by completing various shapes using puzzle-like colored plastic triangles. Each player begins the game with a pile of 36 tiles in their chosen player color. A six-sided die is placed where everyone can reach it and a pencil and paper are needed for scoring. 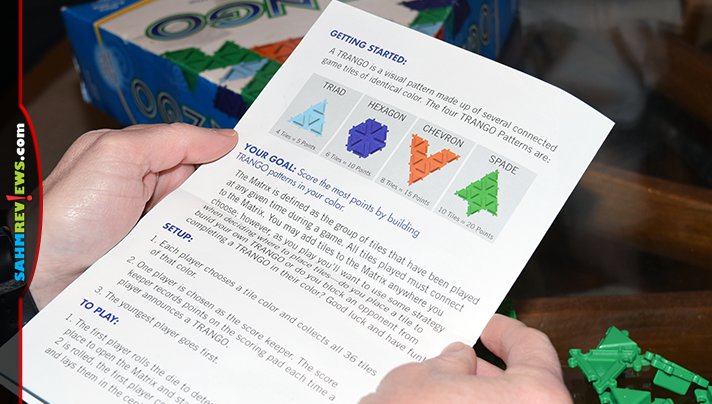 The game defines a Trango as a visual pattern made up of several connected tiles of an identical color. A “Triad” is a triangle consisting of four tiles. A “Hexagon” is a six-sided hexagon (duh!) made with six tiles. A “Chevron” is a V-shaped object containing eight tiles. Lastly, a “Spade” looks like the garden digging tool and boasts ten total tiles. 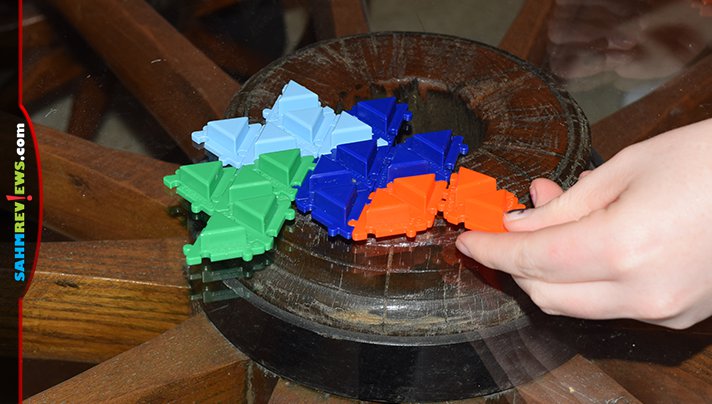 On a turn you will first roll the die to find out how many tiles you may lay on your turn. The die only has the numbers “2” and “3”, each on three faces. We’re not sure why they included this die – it would have been just as easy to flip a coin. Using the number result, you will add that many tiles to the “Matrix” – the group of connected tiles in the middle of the play area. 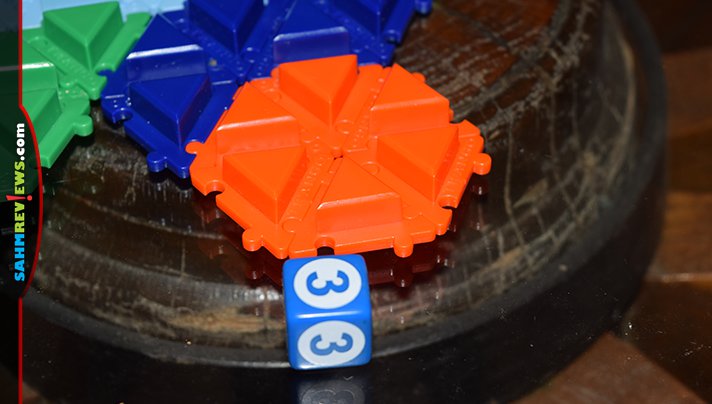 You may play your tiles anywhere into the Matrix and must play exactly the number of tiles shown on your roll. If you are able to complete any of the Trango patterns, call out “Trango!” and record your score (5/10/15/20 respectively). You may only claim one Trango per turn, so make sure you are scoring the most valuable one you can find! 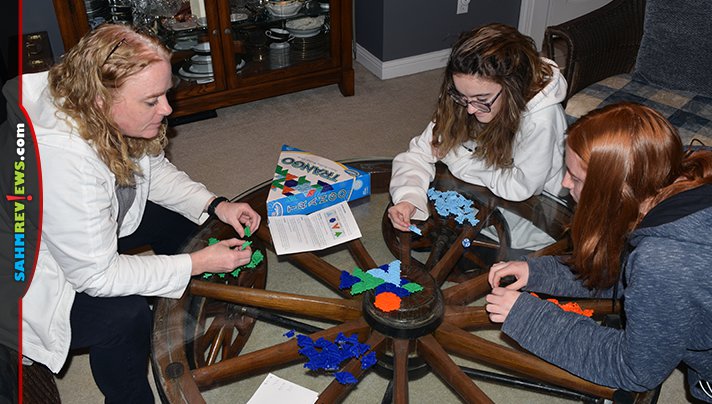 Of course you’ll also want to prevent the other players from scoring, so don’t spend all of your tiles building shapes. You’ll need to strategically place tiles in order to block the progress of other players. Once any player has used their last tile, they must announce “Last Tile” while adding it to the Matrix. All remaining players then may take one more turn to complete the round. There is no penalty for having leftover tiles still unplayed. 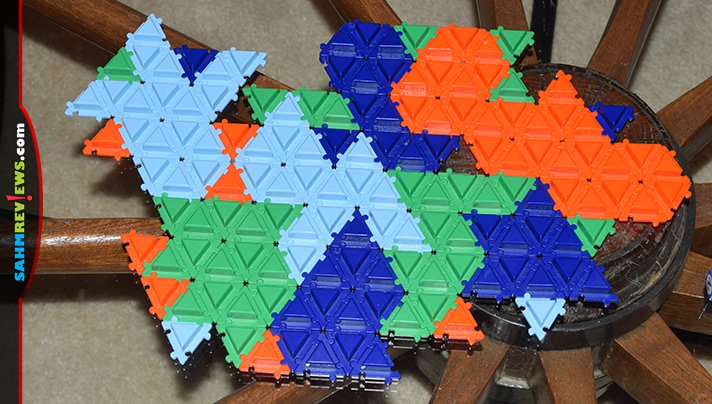 The person with the highest total score at the end of the game is the winner of Trango! If a tie exists, the player with the least number of leftover tiles claims the victory! 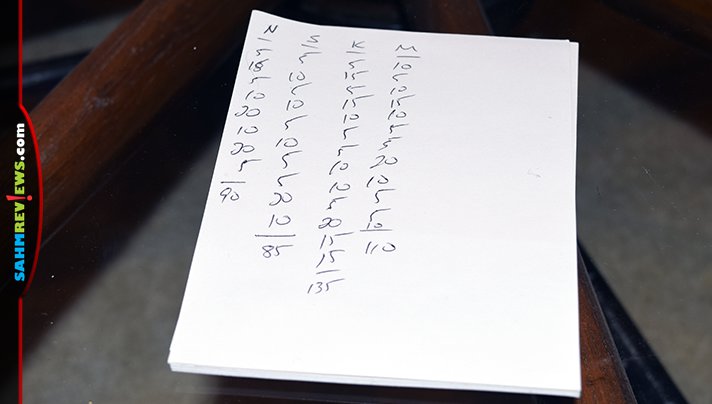 Trango was originally published in 2008 by a smaller company before this second edition was offered by ThinkFun in 2010. You can still find new copies on Amazon or used ones on eBay for a better price. If you happen to find a copy at thrift, make sure all of the pieces are present before purchasing. They’re probably very difficult to replace!

Have you played any other multi-player games by ThinkFun?