When we shop at thrift we end up passing on a lot of games we’d really like to have in our collection. Mostly because they’re either missing pieces or been treated so horribly that no amount of repair would make them playable. Games with a lot of plastic like Crossfire or Rebound can be refurbished with little effort. However there are few solutions for a worn out card game other than putting it into sleeves and hoping there are none missing. An expense usually not warranted for a thrift store find.

So when we come across a game that is nearly a couple decades old, is complete and in very good condition, we don’t hesitate adding it to our cart. This week we ran across a copy of Elixir by Mayfair Games at a local Goodwill store. Considering the online asking prices of $35 and $65 on eBay, finding this one for only $1.88 seemed to be a steal! 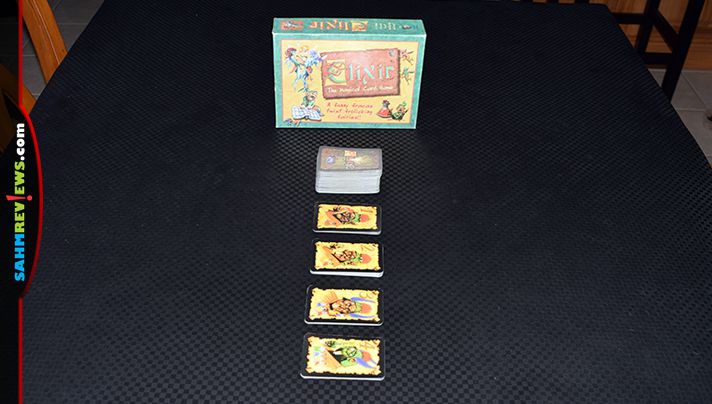 As with a number of cards games of this type, the goal in Elixir is to be the first player to rid their hand of all Spell cards. There are four levels of Spell cards, each with a different ingredient cost. The four different levels are shuffled into their own stacks and set in the middle of the play area. All players then draft a hand of cards totaling a minimum number of spell points, determined by the number of players. Note – the box claims Elixir is for 5 or 6 players, while the included instructions say 3 to 6+. We play it with four, but will make a note that the game is probably best for a larger compliment of players. 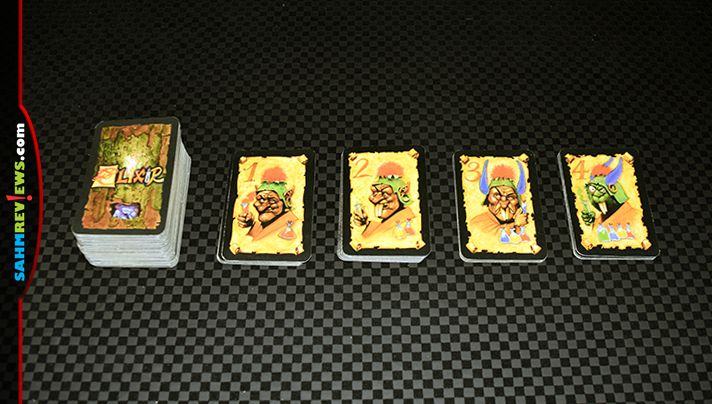 A secondary deck of Finds cards is also shuffled and five cards are dealt to each player. Both the Spell cards and Finds cards are kept secret from each other at all times, although your opponents may inquire about how many Spell cards and their levels you still possess. You must keep this information public, although the actual spells on the card face need not be divulged. 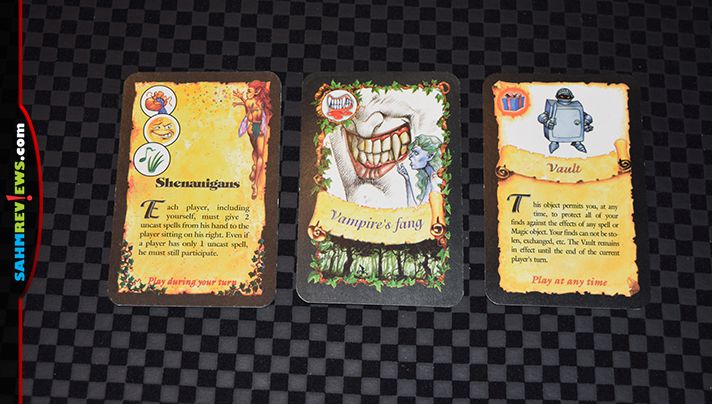 On your turn you may take any or all of three possible actions, all of which are featured on your Finds cards. You may use one or more Magical Objects and resolve them as the card dictates. You can also open one or more Transactions (Auction, Flea Market or Market Day) and again follow the cards’ instructions. Lastly, you may cast Spells by discarding matching Ingredients in your possession. Its effect also takes place immediately. Certain Spells and Objects can be used at any moment during the game and are marked “Play At Any Time”. 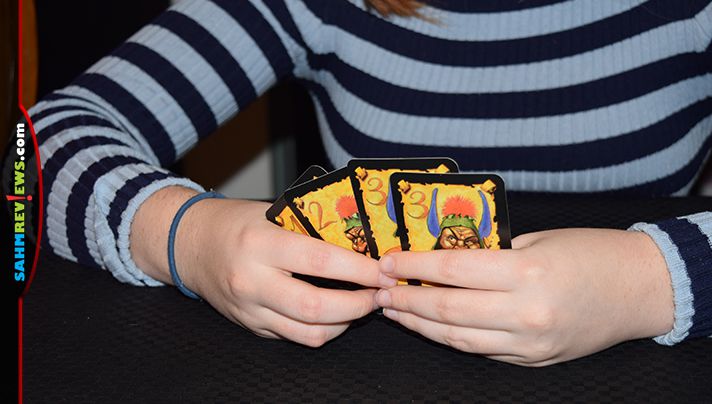 Some Spells give you the option of either accepting the effects or giving two Finds cards to the player that cast the spell. The victim of the Spell decides which they prefer (spell effects or give up cards) and if they are forced to surrender Finds because of a Spell, and they don’t have any or enough, there is no further punishment! The moment a player no longer has any Spell cards in their hand, the game ends. That player is the winner of Elixir! 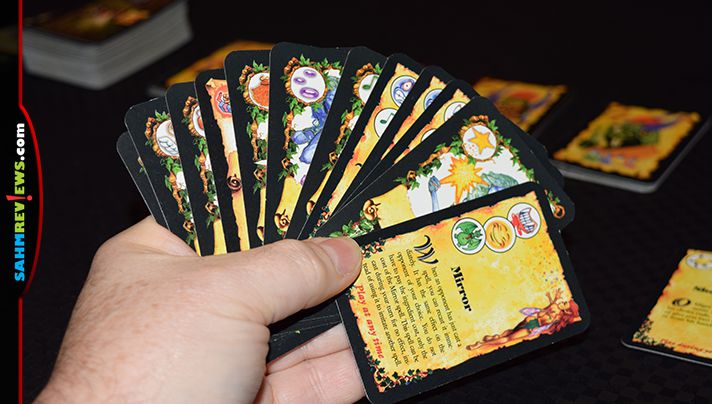 Elixir is a cute ingredient collection card game with cartoonish artwork typical of games in the early 2000’s. It isn’t currently in print, but used copies can be found on eBay for a wide range of prices. With Mayfair Games having sold out to Asmodee this year and ceasing further operations, it is unlikely Elixir will ever get a reprint. If you happen across a copy at your local thrift store, grab it before someone else does!

What is your favorite Mayfair Games game?