I think we’re starting to appreciate a new-to-us type of board game. Just a little over a month ago we told you about 5 Minute Chase, a two-player game where one person played as prison escapees while the other tried to chase them down. By laying tiles, the escapees created a path that the authorities had to follow by asking bystanders, Which way did they go?”. Because each side performs different actions, you were required to play through a few rounds and switching sides each time to make things fair.

While at this year’s Gen Con convention in Indianapolis, we happened across a booth by Ankama, a French entertainment company.  While they are typically known for the development of MMORPG’s, we recognized at least one of their titles set in the Krosmaster world. What we continued to discover is that Ankama has an entire line of “offline” games! Today’s feature, Brothers, is just the first we’ll be adding to our collection. 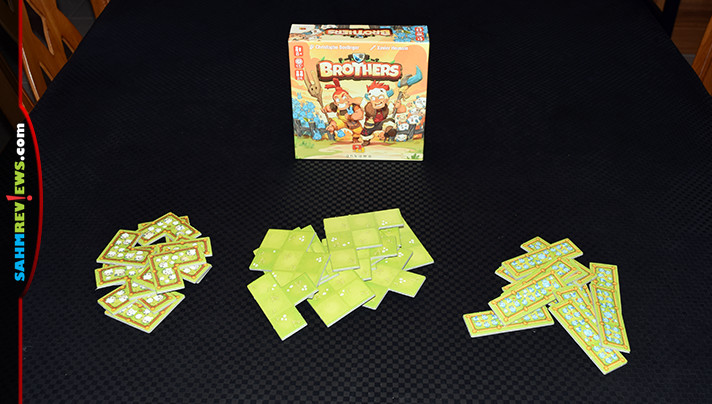 Similar to the previously-mentioned 5 Minute Chase, in Brothers, you’ll be laying tiles to the table and creating an ever-increasing farm area. You and one other player are brothers who are rearing animals and have each decided on a different breed. One of you raises Wabbits while the other has chosen Gobballs. Wabbits prefer long, straight pens to live in and Gobballs like L-shaped enclosures. This will come into play (pun intended) in a second. 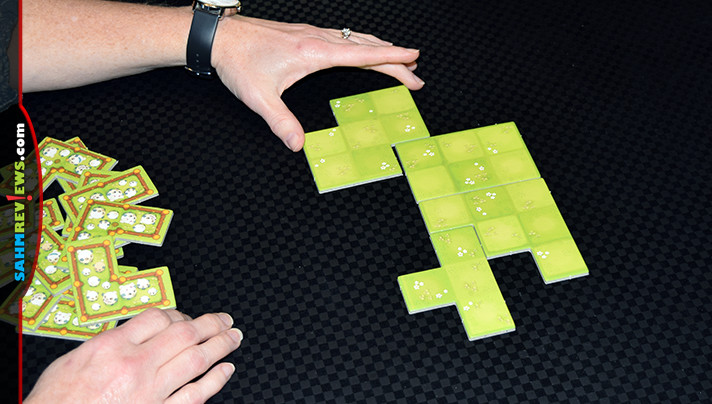 In the box you’ll find 12 Meadow Tiles of various shapes and configurations along with twelve pens for each animal type. The youngest player takes all of the Wabbit pens and their opponent receives the ones for the Gobball. All Meadow Tiles are randomly spread out on the table and the Wabbit player gets to take the first turn. 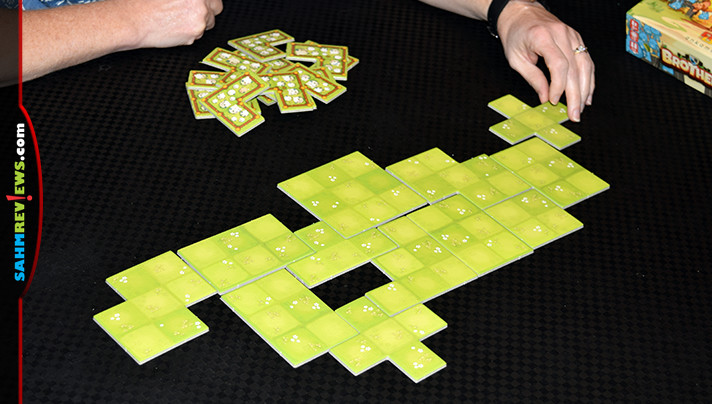 A game of Brothers is played over only two rounds, with each round being broken up into two phases. During the first phase both players will construct the meadow using the Meadow Tiles (duh) by taking turns placing them in the center of the table. Newly-placed tiles must share at least one edge with another tile and may not overlap. The meadow is complete after all tiles have been used. Then the second phase begins.

Players must now build pens to enclose their animals. Each pen covers exactly three squares and are placed on top of the Meadow Tiles. Starting again with the Wabbit player, they place one pen and then it becomes the Gobball player’s turn to do the same. No pen may ever cover or overlap another pen, nor may it hang off the edge of a tile. All three squares of the pen must have meadow underneath it! 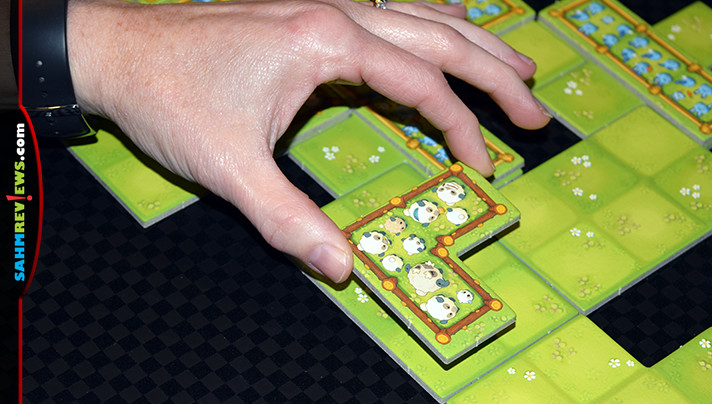 Turns continue until neither player can fit their pen onto the meadow. If one player cannot make theirs fit, the other player may continue building pens as long as there is room for them. Once no more pens may be placed, the first round ends. Each brother counts the leftover pens they could not build. The Wabbit player receives one point for every leftover pen they have, while the Gobball player receives two points for their pens. 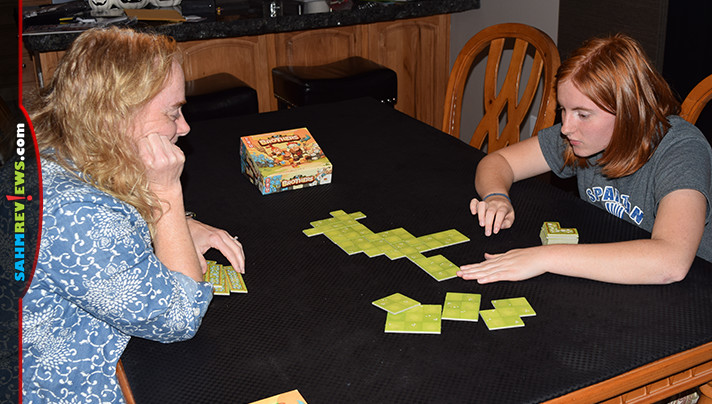 Brothers now switch sides to raise the other animal type and begin a second round in the exact same manner as the first (new meadow, laying tiles, scoring unused pens). At the end of the second round, the player with the lowest total score is the winner of Brothers! 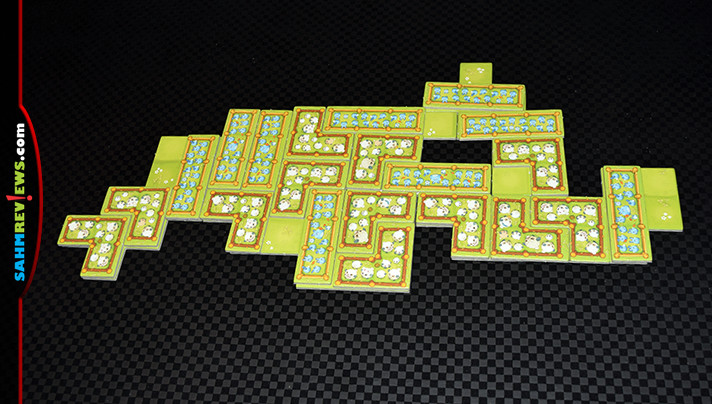 While the box does advertise 2 or 4 players, the 4-player rules simply have you playing as a team. Brothers shines best when played 1 vs. 1 and you can expect a full game to be over in well under 15 minutes!

Unless you’re lucky enough to run across Ankama at a gaming convention, Brothers is rather difficult to find stateside. You can find brand new copies on the German version of Amazon or you might get lucky and find one on eBay. Either way, be sure to check out Ankama’s line of other offline games on their website and watch their Facebook timeline to see what they have coming out next!

Would you rather raise Wabbits or Gobballs?