If there’s one type of game that doesn’t get played much in our household, it is bluffing games. Not because we don’t find them fun, but because someone in our family (cough * Nicole * cough) has a problem with telling lies. She has no poker face and when called on a potential lie, her skin flushes and she’s busted. So she’ll try to play the entire game telling the truth.

It works sometimes. She’s actually won bluffing games like Liar’s Dice and Sheriff of Nottingham by never telling a fib. For her it’s a great accomplishment to win honestly. For her opponents, not so much. I would go as far as saying that it sucks some of the fun out of bluffing games when one person refuses to be dishonest. Because of this difference of opinion, bluffing games aren’t our first choice for game night. 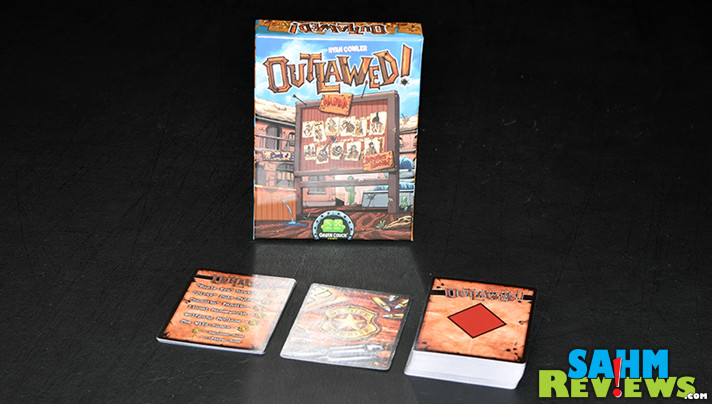 There is one thing that outweighs her desire to keep true – her will to win. Because she found a way to survive in games without any fabrications, she continues to do it. That reign has come to an end this week with our discovery of Outlawed! by Green Couch Games. I would venture to say it is impossible to win a game without lying at some point. Keep reading to find out why.

Outlawed! is a western-themed card game where you and up to four other players are trying to capture the wanted bandits and put them in your jail. The game consists of a five-suited deck of 55 cards, some reference cards and a 1st player “Deputy Sheriff” card. 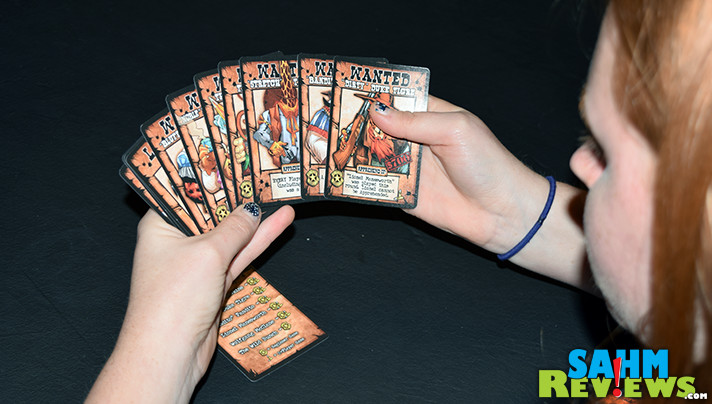 Each suit of cards has the same eleven cards and one complete set is given to each player. These have various characters printed on their face along with special criteria needed in order to capture them. Your goal is to be the first to fill their jail with seven of these criminals, and then still have the highest reward total. 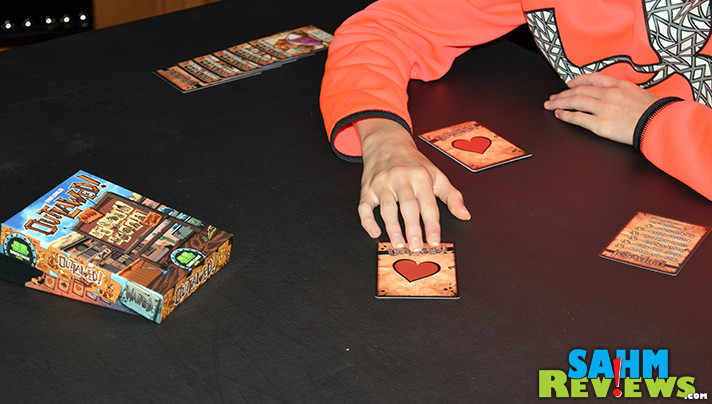 Starting with the Deputy Sheriff, each player chooses a card from their hand, lays it face-down in front of them and then claims to everyone the card they played. This last part may or may not be true and is information for subsequent players to consider when playing their choice. After all players have played and announced their card, everyone reveals their selections. 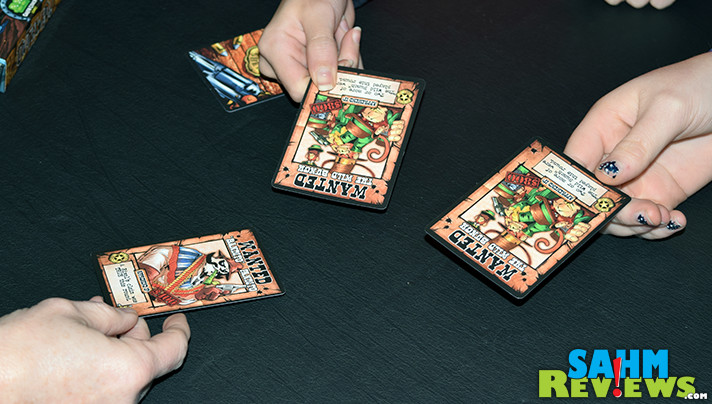 Here’s where the honest (or dishonesty) of each person comes into play. The criteria for being able to capture your played card depends on the answers and cards played by the other deputies. For instance, if you play the “Stretch Tannen” card, you may only collect it if everyone’s claim, including yours, was a lie. Conversely, “Bandito Pandito” can be captured if even one of your rivals told the truth! Other require similar cards to be played by opponents at the same time or challenge you to predict one of their played cards. 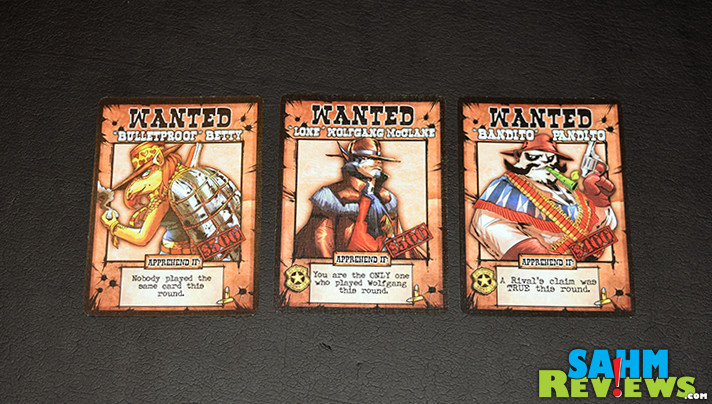 But in the eleven different Outlawed! cards, at least one of them requires YOU to lie. And while I suppose you could tell the truth throughout the entire game, based on the requirements on the cards, it would be almost impossible to be successful enough to actually win the game. And sure enough, while Nicole spent the first four rounds telling the truth, she quickly realized her predictability was going to cost her the game since others could play cards to take advantage of the truthful information. So out came the lies. And actually some success! 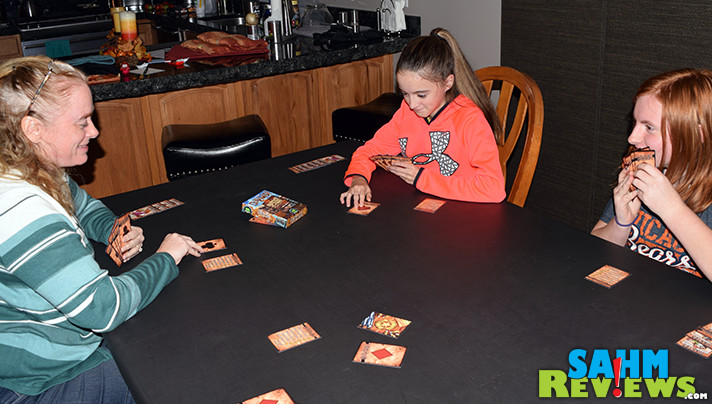 After each round is resolved, the starting player card is passed to the next person clockwise and another round begins. The game continues until at least one person has captured seven outlaws and then scoring commences. On each card is a reward value – total these up to determine the overall winner!

Suggested for 2-5 players, Outlawed! is certainly a game that performs best with the full compliment of players. We found the recommended playing time to be close to actual at around 15 minutes not counting instructions (maybe a bit longer). And like all of Green Couch Games’ titles, the small box makes it a perfect travel companion!

At under $15 on Amazon, if you’re looking for an inexpensive game that will test your ability to detect dishonesty, you can’t go wrong with Outlawed! And if you’re already a fan of Green Couch Games, you’ll want to check out their current Kickstarter campaign for their brand new expansion for Best Treehouse Ever. And stay on top of all things Green Couch by following them on Facebook and Twitter!

Are bluffing games your thing?