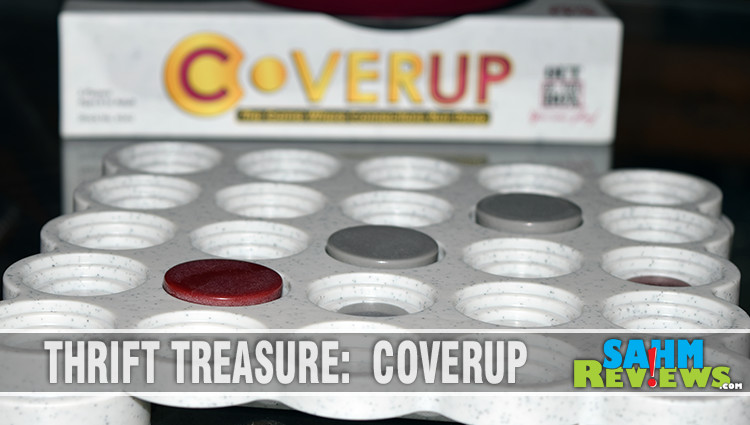 It’s a happy day for us again as we ran across another new-to-us abstract game at our local thrift store. You’d think that by now we’d either tire of or run out of variations of the classic four-in-a-row games. That’s not the case, as we picked up a copy of Out of the Box’s mid-2000’s release, Coverup.

We’ve talked about quite a few games that require players to race to be the first to line up four of their pieces in a row. From Connect 4 Stackers to Quarto to Turncoat, they all end as soon as one player fulfills this common winning condition. And Coverup does it with higher-than-normal quality components. 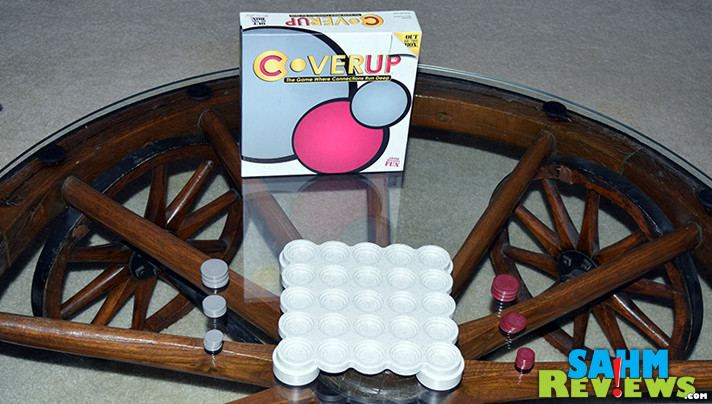 Inside the box is a study molded plastic board with a convenient carrying area underneath which holds all of the game’s tokens. The tokens themselves are heavy, much like a clay poker chip, with rounded edges. They remind us of the tokens used in Othello, but larger and thicker. Even the box comes lined with foam on the top and bottom to help keep the heavy contents from breaking free through the cardboard! 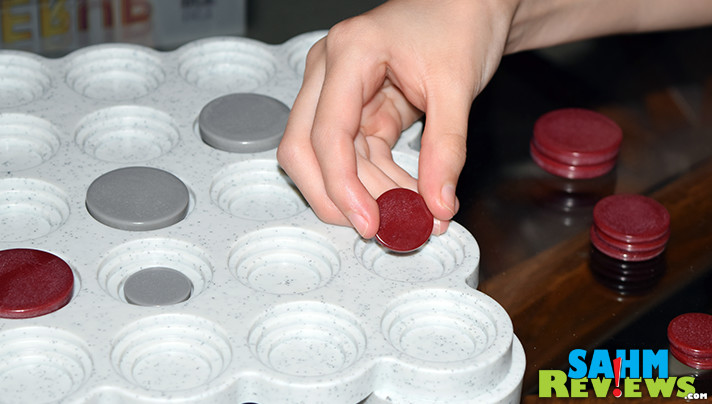 The actual game play is quite simple. Each player receives a pool of tokens in their color, consisting of three different sizes. On your turn you’ll either place a new token on the board or move one of your large tokens to any other open spot, with the only exception being for the first player – they cannot place their tokens in the center spot on their first turn. 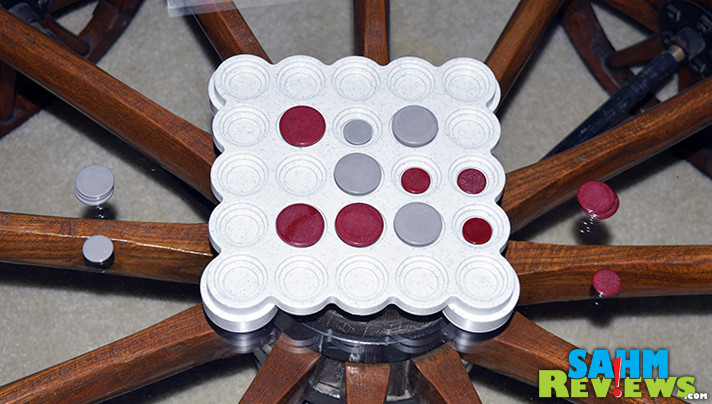 Small tokens can only be played in empty spaces so they fill the lowest chamber. Medium-sized tokens can either be played in an empty spot or on top of a small token of either color, thus covering up (Coverup) the smaller token. 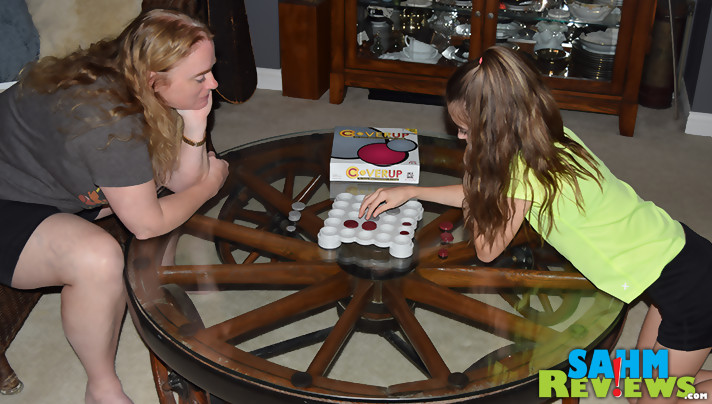 Same rules apply for the large token – an empty spot or one occupied by a smaller token. Large tokens are the only ones that can be moved around, so strategic positioning of your smaller tokens will be necessary to be successful. But note, once a larger token is placed, you cannot see what is underneath. You may end up picking up a large token, only to discover your opponent’s color directly underneath it, giving them the win! Unfortunately, once you pick up a token and reveal what lies beneath, you HAVE to move it. You cannot return it to its original spot. 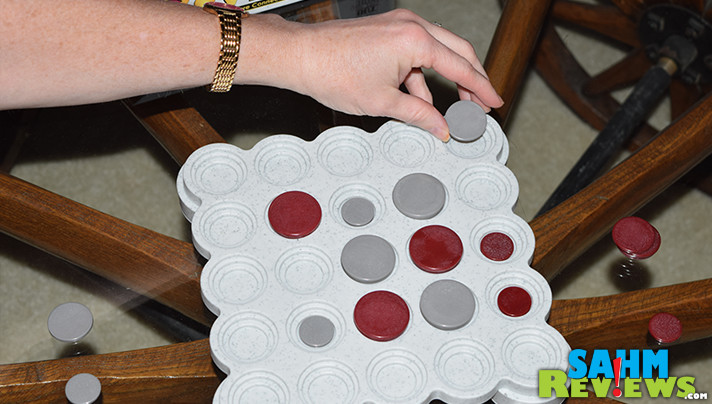 As soon as one player has four in a row in any direction, the game ends immediately. Even if that straight is the result of you moving a large token and lining up your opposition’s color for them! New copies of Coverup can be found on Amazon for under $20 shipped and even less for used copies on eBay.