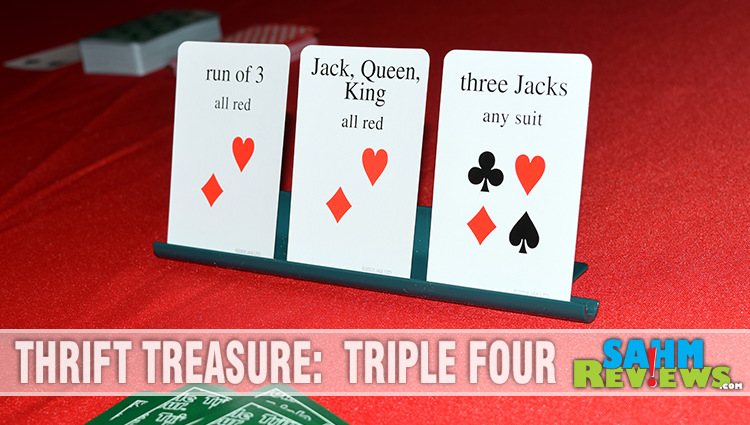 It’s been quite some time since we’ve found anything new to us by Jax Games at our local thrift stores. We’ve seen some we would have like to have picked up, but upon doing a pre-purchase inventory check would find at least one piece missing. And a missing piece = put it back.

On our last trip to Chicago we had to stop by a couple of the for-profit thrift stores, Savers. Finally some luck – a game by Jax that we didn’t have, and it was complete! Triple Four quickly made it into our cart with other finds, and now it gets the honor of being this week’s Thrift Treasure! 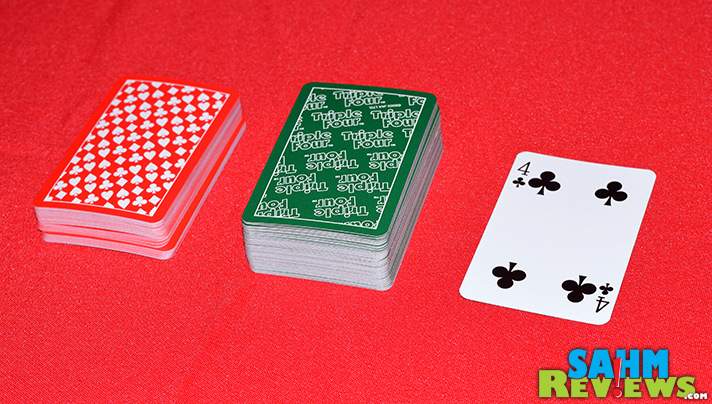 Triple Four includes two decks of cards with different colored backs. The green deck is made up of two regulation decks of playing cards, including the jokers, for a total of 108. The red-backed version is also a standard 54-count deck, but the faces are completely custom with challenges to make from the green deck. 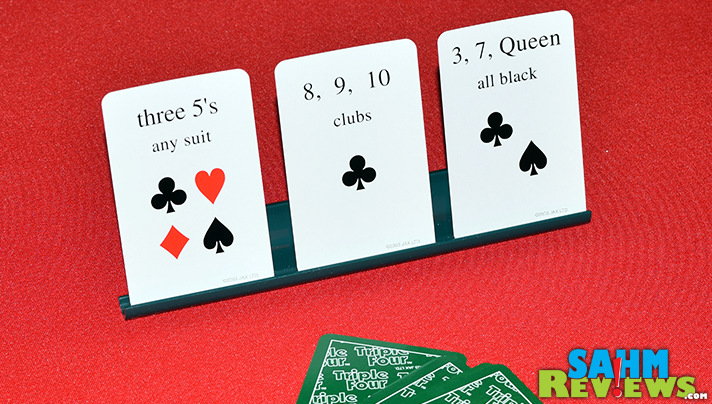 Each player receives a plastic card stand and is dealt three of the red-backed cards. These are placed in the holder and become your personal goals for the game. You also receive a hand of seven green-backed cards in which to create these sets based upon the criteria on the red cards. 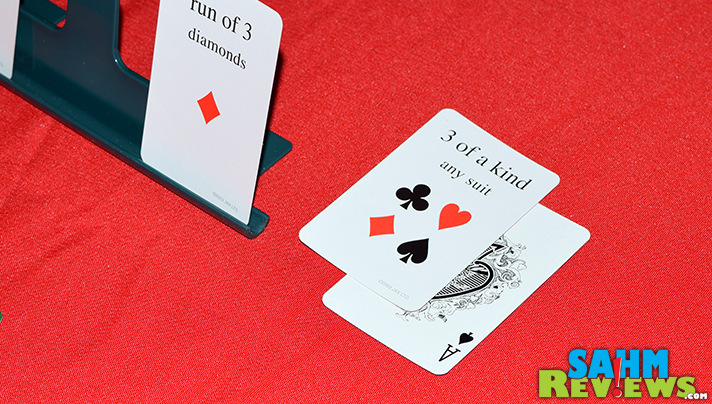 After first drawing the top card from the green deck or selecting the top card from the discard pile, on your turn you may either complete a set or discard a card. Those are your only options. When you complete a set, lay the three cards down in front of you and reveal your hidden (matching) red card, placing it on top of your stack. Then draw two additional cards from the green deck and a new Triplet card from the red deck (that one goes into the empty space in your holder). 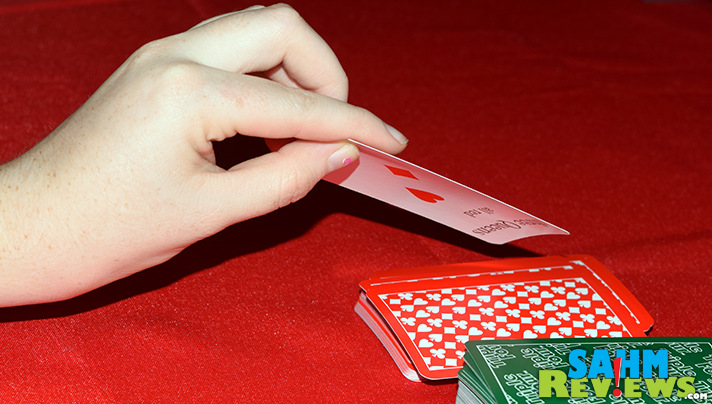 Players take turns drawing and completing sets until one person has accomplished four, and that person is declared the winner! If at any time you have a set in your hand that matches an opponent’s revealed (and completed) set, you may play it and steal that set from them! Take their set, add yours to it and put the Triplet card on top of the pile. That set now sits in front of you! And just like in nearly any other card game, jokers are wild. 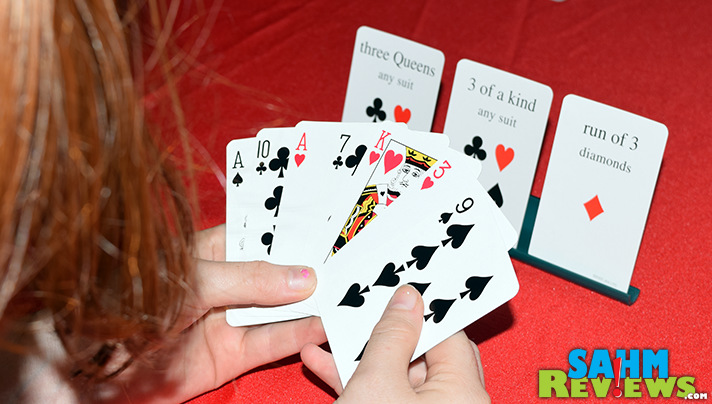 Triple Four supports up to four players and lasts only around 20-30 minutes per game in our experience. You can still find brand new copies on Amazon for under $12 shipped! Definitely a good choice if you’re looking to simply step up from the standard Hearts or Spades, but aren’t ready for some more complicated board games. Please check out some of the other titles we’ve found from Jax Games. Maybe you already have a couple of them in your collection!