Home / Household / Crafts / What To Do With Leftover Sidewalk Chalk

What To Do With Leftover Sidewalk Chalk

If your family is anything like ours, your kids probably have enough sidewalk chalk to stripe a football field. They would get some from us every Spring, as well as from the Aunts & Uncles for birthdays and Christmas. It got to the point where we started pouring them into a dedicated tote just to keep them all in one place. 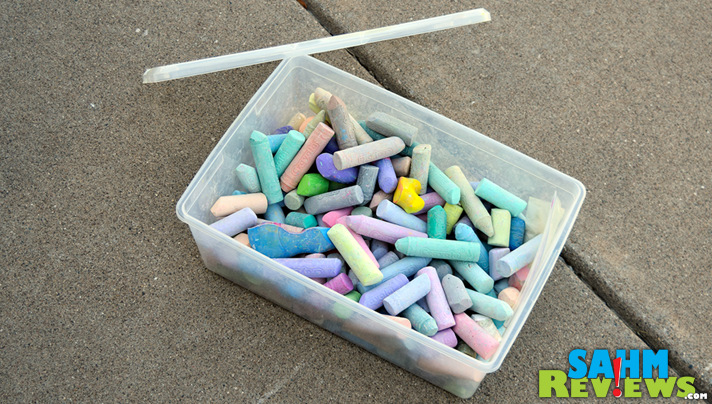 And we never could find a good solution for those nubs of chalk once they were nearly used up. At some point it became painful to use them, knuckles scraping on the cement. But throwing them away seemed like such a waste (yes, we use soap slivers until they’re gone also). I had an idea of something we could do with them, and after a Google search to confirm my plan would work, we embarked on an afternoon project of making our own chalk paint! 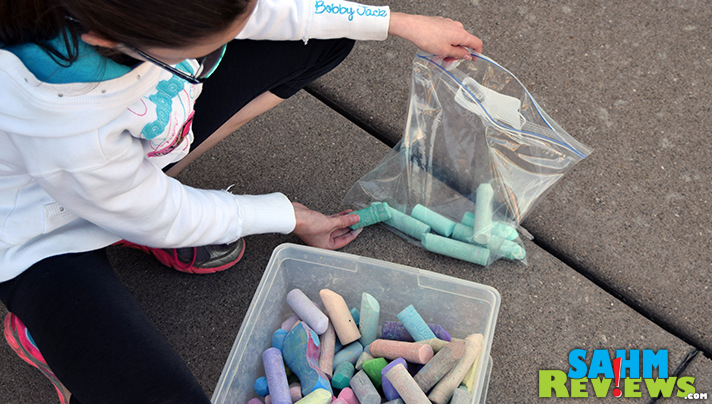 We began by sorting like colors into gallon-size plastic bags. Different manufacturers had slightly different shades, but once mixed it would be rather uniform. 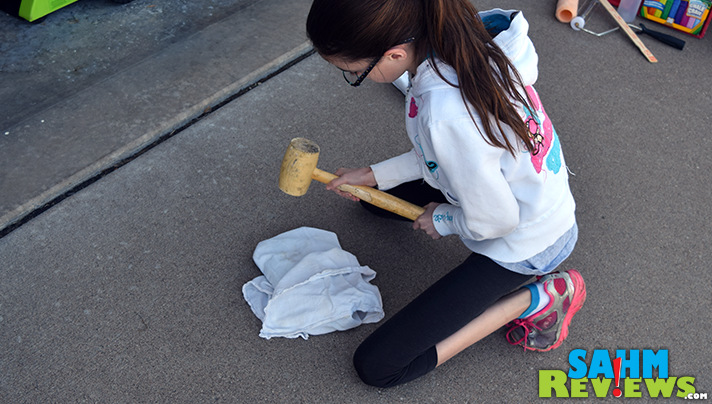 I also recommend wrapping the bag an an old towel or rag. You will certainly end up with some holes in the plastic, and this will keep the dust from spilling out onto your surface. A rubber mallet works best and is easy enough for the kids to use themselves! 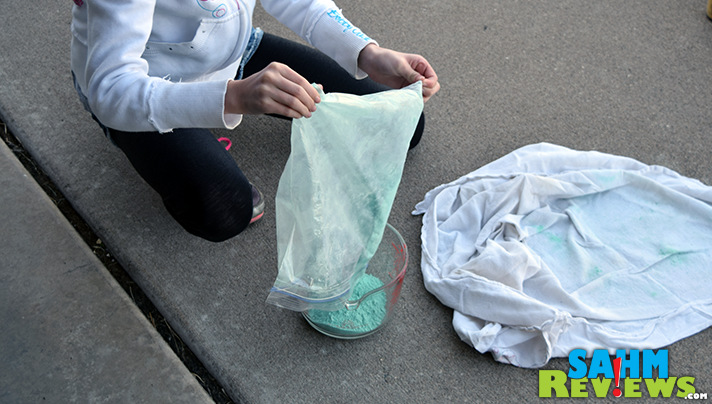 Now comes the experimental part – mixing in some water. You’ll want to slowly add water (and stir) until it reaches the consistency you’re looking for. We opted for something close to regular paint or school glue, but you might want it thicker or thinner depending on your application. Once mixed, we transferred it into old butter tubs or condiment bottles for easier application. 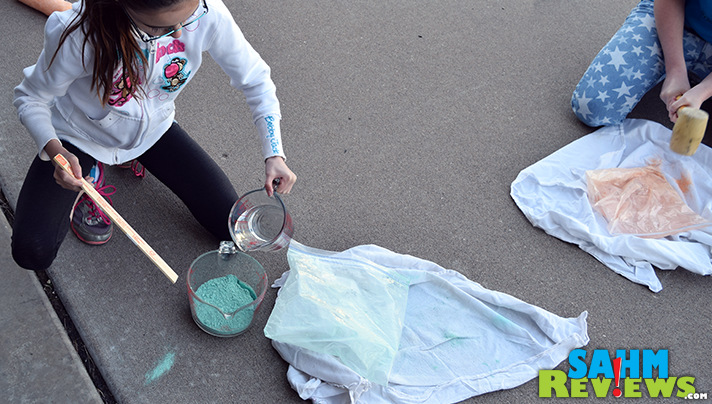 Then it was as simple as using a paintbrush to apply it! A drawback of regular sidewalk chalk is no matter how hard you try, it won’t go on thick (and thus doesn’t last very long). With this paint method and varying liquid thicknesses, you can really “paint it on” (pun intended) so the final product is much more vibrant and dense. 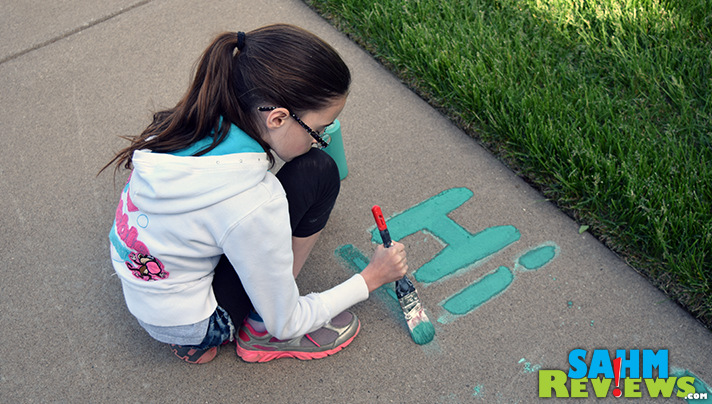 Of course, painting it on this thick means it doesn’t go as far, but much further than those unused bits and pieces of chalk you had in the first place. Our girls opted to paint an entire section of the sidewalk in its own shade of orange. 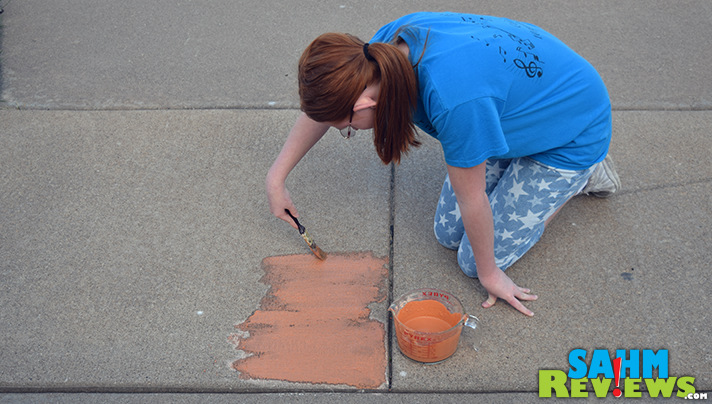 Then once it dried, they went back over it with a darker green to show some school pride (PV = Pleasant Valley). With two thick layers of chalk, I believe this will outlast the rest of the Spring thunderstorms! 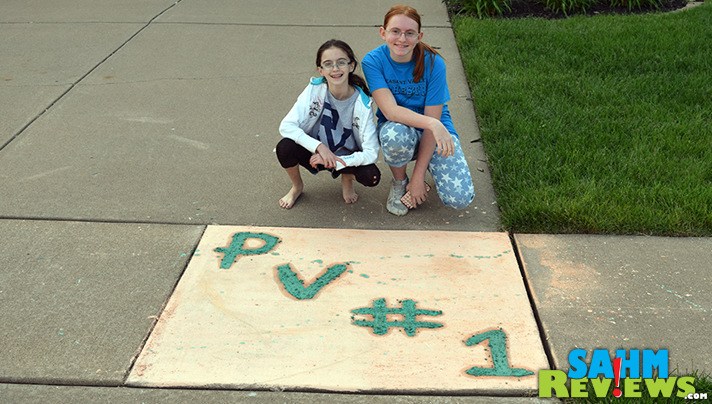 The entire project was done in just a couple hours, including cleanup. It’s always great to have an inexpensive (free) craft project at your fingertips, and even better when it uses ingredients that were destined for the trash bin! 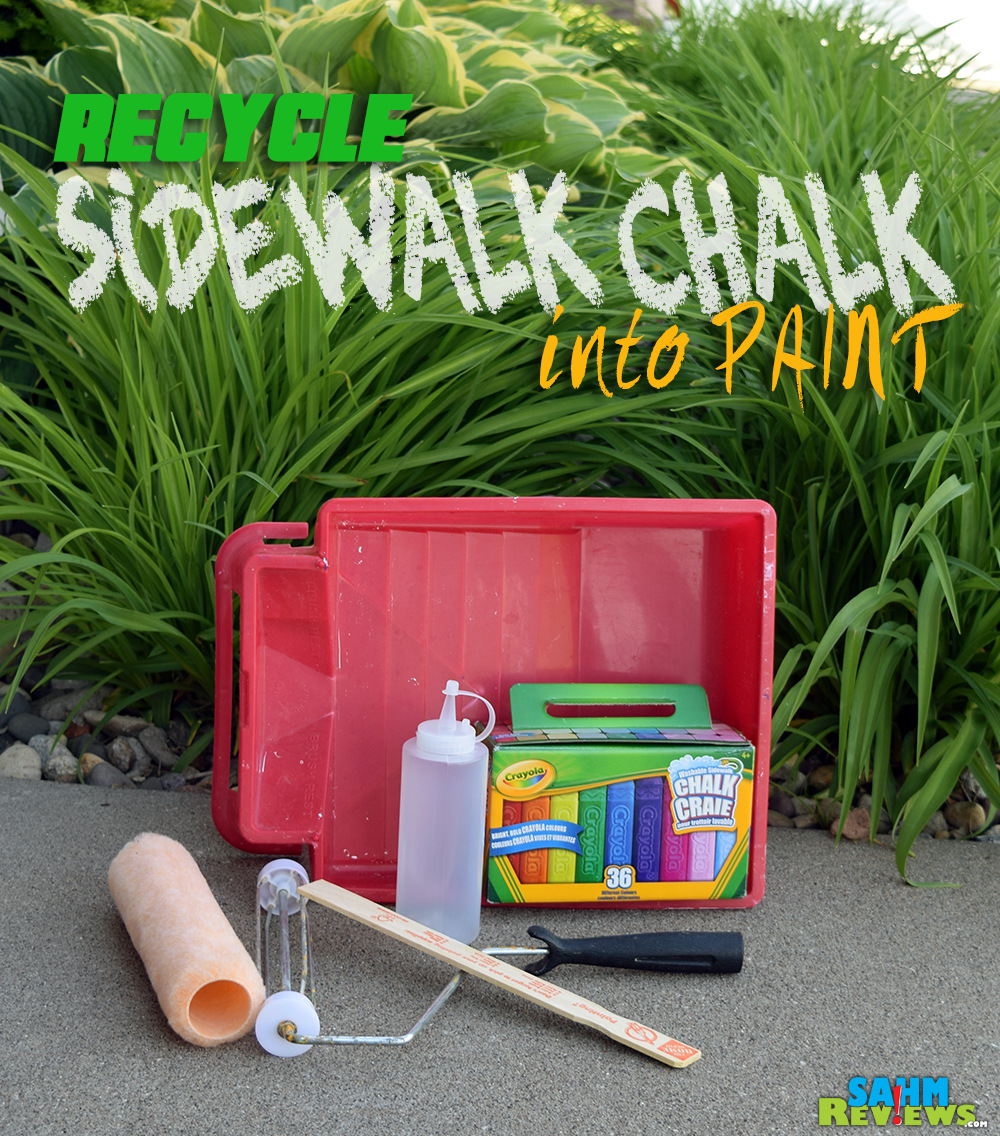 24 comments on «What To Do With Leftover Sidewalk Chalk»