We’ve had pretty good luck lately game hunting at our local thrift stores for our Thrift Treasure series. While we do like finding current games at deep-discount prices, we also really enjoy finding vintage issues that still play as well today as they did back then. This week’s submission falls into the latter, having been originally issued in 1981 by Milton Bradley.

If it were issued today, Inner Circle could be easily licensed and co-branded with the popular TV series Survivor. The instructions on the inside of the lid even uses phrasing that is nearly identical to the byline for the CBS show: “To win you must outmaneuver, outwit and outlast your opponents…” Because the object of the game is to be the last pawn standing, I have to wonder if they were decades ahead of their time! 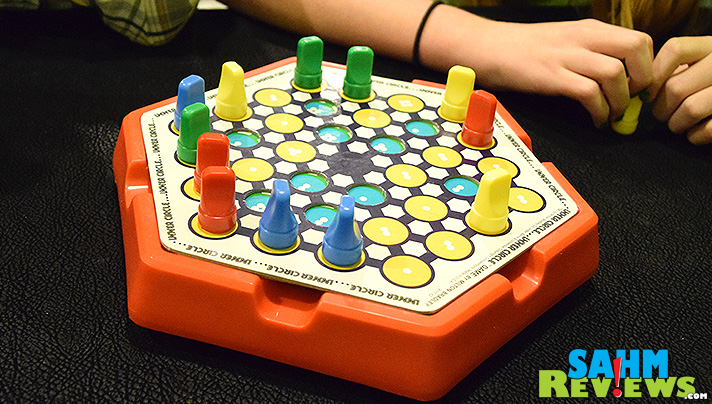 In the box you’ll find a six-sided plastic ‘island’ that holds four cardboard game boards. Four sets of pawns of different colors are also in there, and that’s it!

Designed for 2-4 players, the number of pawns you begin with is determined by the number of players. In our case with four players, each person places four of their pawns on the outer edge of the top-most playing board. 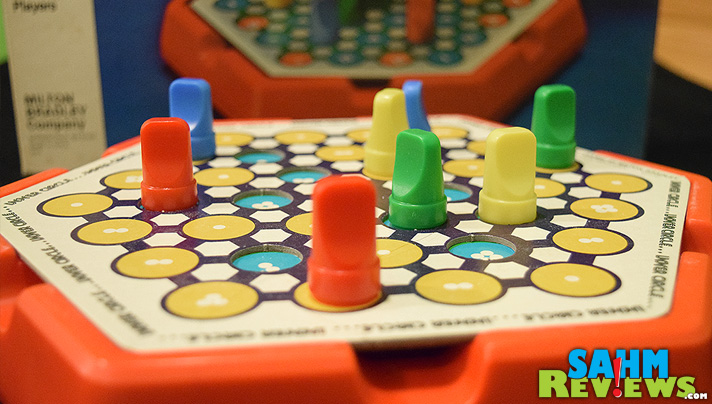 Much like a game of musical chairs, each board has a number of safe spots that you are trying to move your pawns into. These safe areas are holes in the card that allows your pawn(s) to drop through and move on to the next board below. Play on a board continues until all of the holes are filled with pawns, then it is lifted from the island and set aside. Any pieces that weren’t safe are effectively eliminated from the game. 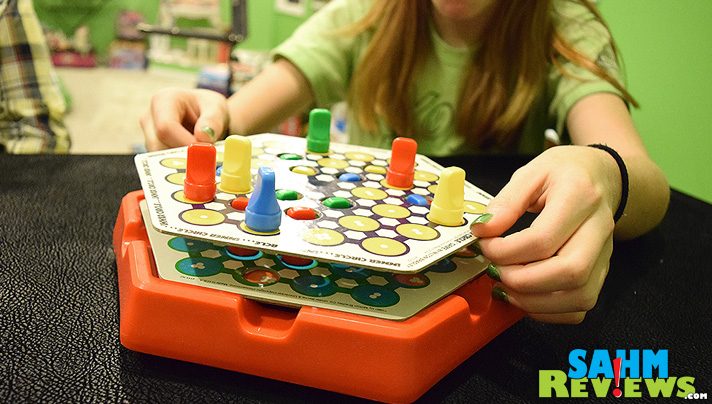 If you look closely at the spaces on the cards, you’ll see that they have a number of dots on them. This dictates how many spaces that pawn may move in one direction, no more, no less. A twist is that you cannot look at the number of dots before deciding which piece to move – you have to remember what was underneath your pawn when you placed it there at the beginning or moved to it during a turn. 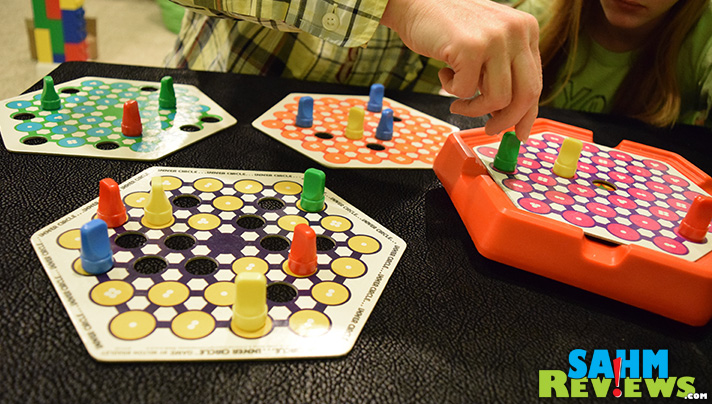 Now it may seem like it would be simple to memorize the pattern on each board so you knew the quickest route to the safe holes, but because the boards can be oriented differently each game by rotating them, no two games will be alike. 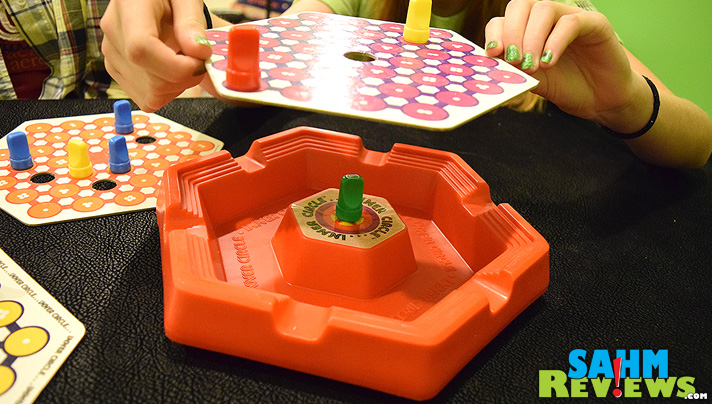 We like the fact that Inner Circle requires you to plan your moves ahead a couple turns in order to get your pawn to the right position. Because you are fighting with your opponents for a limited number of spaces, you must sometimes sacrifice one piece to make sure another makes it to the next board. Without this planning, it is entirely possible to be eliminated early in the game just by not getting any pawns to the next level.

Inner Circle is a fun 20 minute game that will be easily enjoyed by anyone over the age of 6. You should be able to find a copy at your local thrift stores for a buck or two, or you can always pony up for an overpriced one on Amazon or eBay. 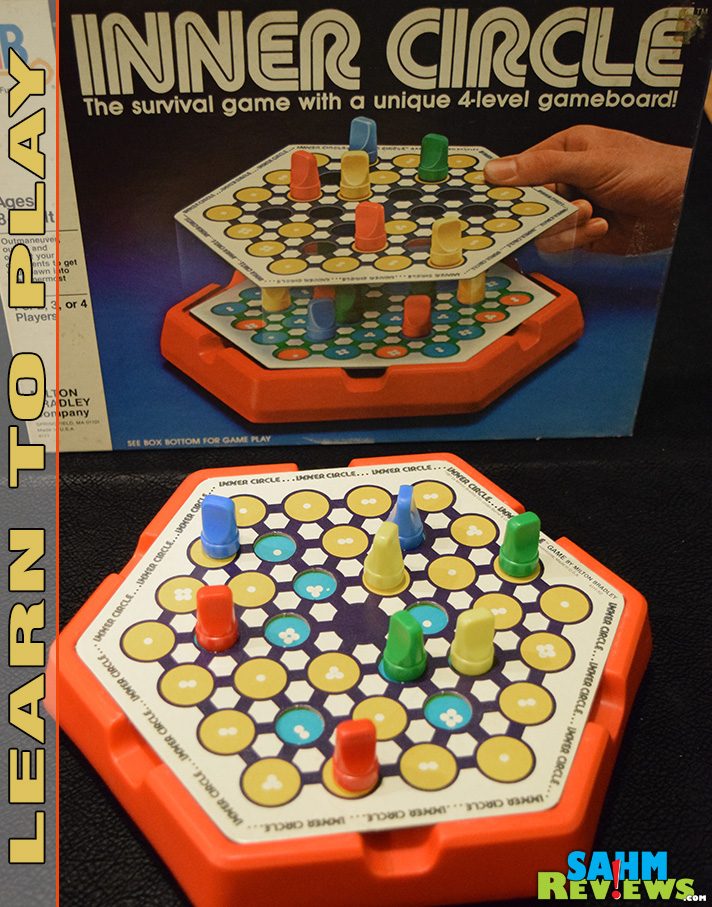