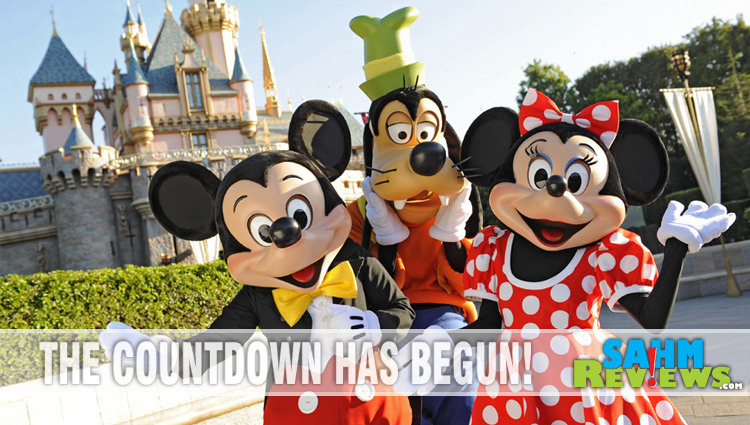 It is less than 100 days until our favorite conference starts and every past and potential attendees are anxiously awaiting the coveted invites to arrive (hopefully any day now).  Prepare yourself for everything Disney by setting your DVR to watch what appears to be a marathon of Disney-related documentaries next Saturday on the Destination America TV channel (part of the Discovery Channel network).

5:00pm – Our crew takes you on a journey as we explore the ultimate thrill rides at Walt Disney World Resort.

Disneyland Resort: Behind the Scenes

7:00pm – This journey into Disney’s first resort in Anaheim starts on Main Street and takes viewers on classic attractions.

8:00pm – In this exciting program viewers get an unprecedented look behind the scenes at many Walt Disney World attractions.

9:00pm – Get a behind-the-scenes look at Disney Cruise Line’s largest renovation project: a full interior and exterior overhaul of their flagship vessel, the Disney Magic. Renovation projects include a new thrill water slide.

Disney Cruise Line: Behind the Magic

10:00pm – Go behind-the-scenes of Disney Cruise Line’s mind-blowing operation and design, meet the masterminds who orchestrate a magical vacation and engineered a gravity-defying water coaster that will take your breath away.

If you’re not up-to-speed on everything Disney after six hours of Mickey and friends…well…you just weren’t paying attention! Don’t be the ‘noob’ at your first DisneySMMoms convention – become an instant expert next Saturday!

Oh, and if you’re not already, you should be following @DisneySMMoms on Twitter as well as the official hashtag #DisneySMMoms! Hope to see you all at this year’s Social Media Moms Celebration!

3 comments on «DisneySMMoms – Set Your DVR!»