Recently, I told you about my young friend, Marcy and how she would drive without her glasses. Yes, young and irresponsible. And reckless.  Don’t worry, I’ve nagged her about it plenty – and I encourage others to do so also.

When you have the power and resources to fix things you know are wrong, you should at least try. With the help of Bausch + Lomb, I set out to so just that.  I sat down with Marcy and asked her some very important questions about why she wanted contacts.  Her answers revolved more around why she didn’t want glasses! 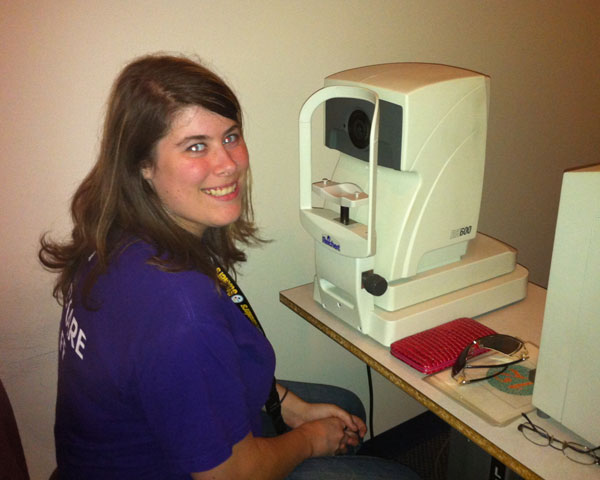 Basically, Marcy has been wearing glasses for 5 years and doesn’t think she looked good with them.  Aside from the fact that they’re scratched up, she got tired of cleaning them and hated having them fog up when she walked into a building.  After using the Doctor Locator at Soflens.com, Marcy’s mom and I got her scheduled for an exam and contact lens fitting.

When I arrived at the exam, I asked the doctor his opinion on daily contact lenses.  He said they’re perfect for someone Marcy’s age because they don’t require the nighttime cleaning and storage routine. While they’re a little more expensive, there’s also less concern for what to do if you lose one. When I got my first pair of contacts, the typical expected life-cycle of a contact was one year. Losing or tearing one meant forking out a ton of money for a whole new contact. With disposables, that isn’t an issue.  The longest you are expected to have one is a day so replacement cost isn’t really an issue.  The doctor fitted her for Bausch + Lomb Softlens daily disposables. 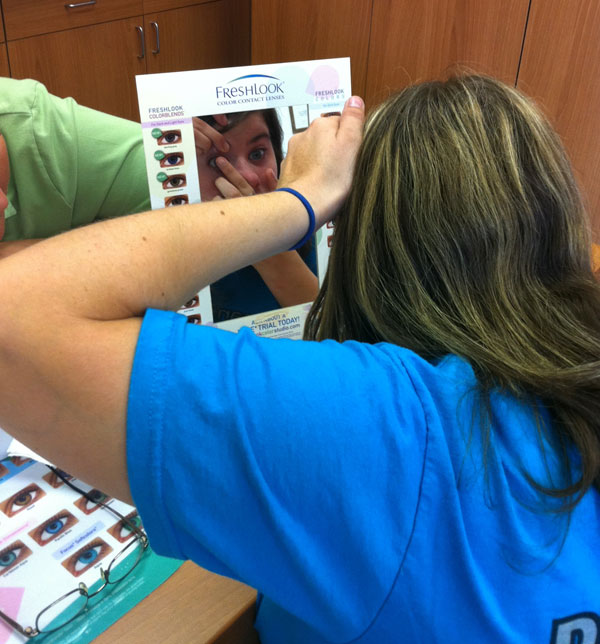 Marcy had quite a difficult time getting her lenses in.  No surprise – I don’t know anyone who wears contacts that didn’t have trouble in the beginning.  It took a lot of tries and a whole lot of patience before she had both contacts in and ready to go.  Unfortunately for Marcy, they told her she needed to take them out and put them back in.  I laughed because I had told her ahead of time this would happen.  It isn’t that she needed to practice putting them in… they needed to see her be able to take them out!

When all was said and done, I asked Marcy what she thought:  She said “They were hard to get in; It takes patience to put them in.”  Having a contact lens in your eye is a different feeling – it takes some getting used to.  Marcy said “After putting my right one in, it felt weird but by the time I got my left on in, I couldn’t feel it in. It was great!” 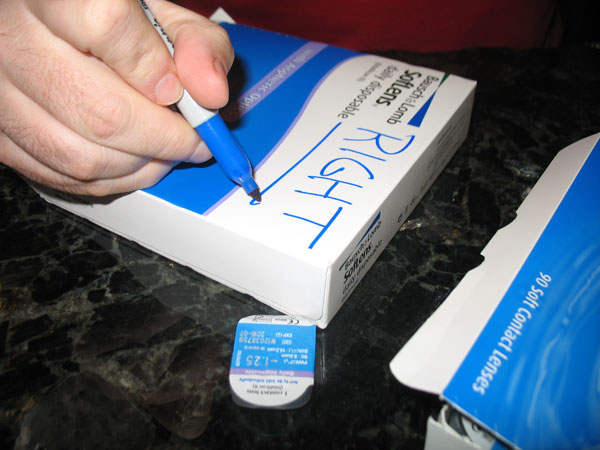 Marcy realized she needed to make sure they didn’t dry up and wanted to pass along that advice for others.  She also wanted to say to others who are debating contact lenses “Don’t be scared, you will like them when you get them in!” 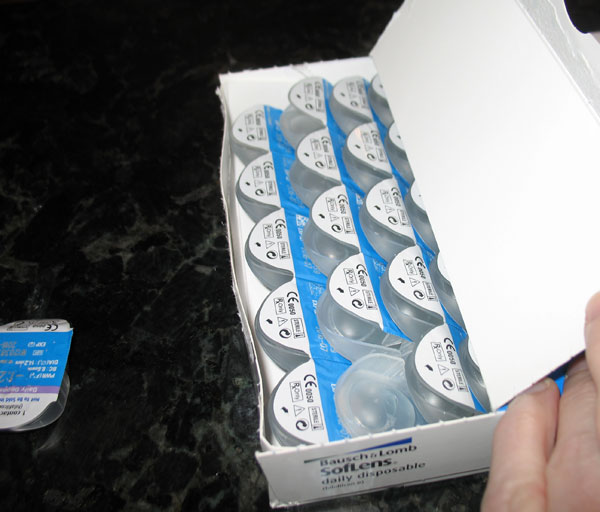 When the contacts arrived in the mail, we explained the importance of labeling them so she didn’t get them mixed up.  She’s set with a supply to get her by for a while.

Marcy continued to have some difficulties getting the lenses in but we encouraged her to take her time and be patient.  She would eventually get the hang of it.  Her confidence is much higher now and we know we won’t be seeing her driving blind any longer.

1 thought on “Everything Is All Clear Now”