Well, like many residents in the Midwest, I have added a new word to my vocabulary this week: Derecho. It’s the type of storm that passed through here with winds measuring around 110 miles per hour. We were sitting in the drive through picking up a late lunch when we looked in the rear view mirror to see that the sky was pitch black. The storm that we thought would be arriving around 3pm was ahead of schedule. The winds were already breaking off small limbs on trees as we pulled out of the parking lot and the drive home was nothing short of eventful. As I was cautioning Scott about the construction barrels I could see rolling around, he was watching trees snap and fall to the ground beside us. And when I say trees, yes, that’s plural. We encountered two major four-lane streets with trees that had fallen across the entire roadway, right before we arrived. As we watched the storm topple tree after tree and debris blowing everywhere, we headed straight home. Safe inside the house (after battening down our patio furniture), we noticed one of our trees had lost a limb. Not only that, but it was high up in the tree and had split in half with part coming toward the ground and the remainder entangled in other branches. If there had been a treehouse there, it would have been long gone. The treehouse that was on the game table was perfectly safe! It’s the Best Treehouse Ever Forest of Fun from Green Couch Games. 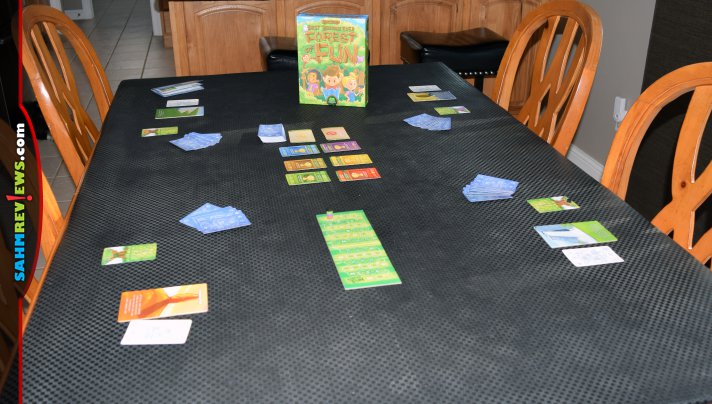 As a followup to the Best Treehouse Ever game we told you about four years ago, Forest of Fun is not only a standalone game, but also an expansion. You can combine the games to accommodate more players, include some new bonus cards or even play it solo. There are plenty of options to make your treehouse the best ever! Start by setting up the game! Give everyone a secret objective card, a Forest Card, Starting Tree Card then add a balance marker to the center circle. Place the six scoring cards, the score track cards (with scoring markers nearby) and game changer cards face-up in the center of the table. Shuffle the treehouse room cards to form a draw deck. 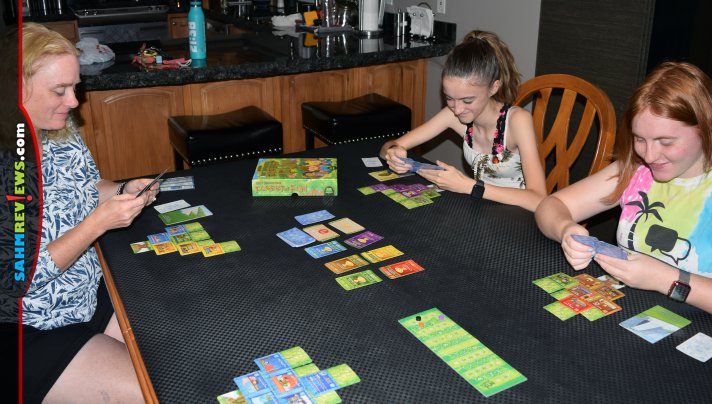 Like its namesake, Best Treehouse Ever Forest of Fun takes place over three weeks (rounds), each consisting of a deal phase, build phase and scoring. The main addition provided by Forest of Fun is that there are secret objective cards that offer variable end of game bonuses along with forest cards the provide players with unique special powers. In addition, there are animal cards that score differently than other rooms which gives the game additional diversity. As with the original Best Treehouse Ever, you’re trying to build, you know, the best treehouse… ever! The round begins by dealing six cards to each person. Each player selects one of those cards then sets the remainder aside for the person on their left. 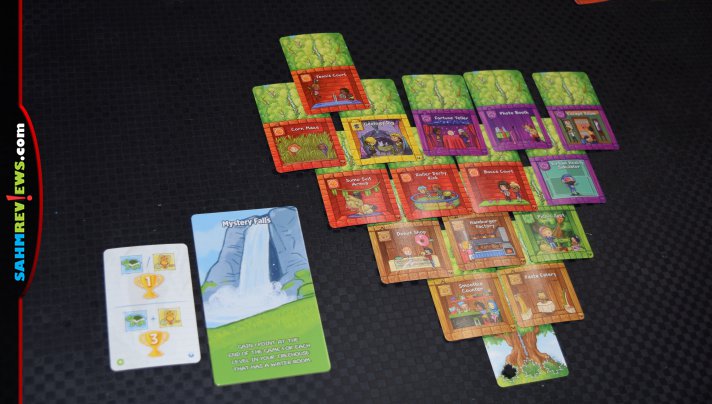 Simultaneously all players will reveal their selected room card and either add it to their tree or discard it from the game. There are a few rules to follow when it comes to placement. Each room must be supported by two lower level rooms with the exception of edge rooms. Cards must be touch another card of the same color if it’s already part of the treehouse. If your tree gets lopsided, it will tip over so it’s important to keep it balanced. The marker on your starting card lets you know how you’re doing with that. Whenever you build a room onto your treehouse, you move the marker one space in that direction. If you build directly in the center above the starting base, it doesn’t move. However, if there isn’t space for you to move that marker then it means you’re out of balance and cannot place another room on that side until you’ve leveled things off. After all players have finished building, grab the stack left from the prior player and repeat the process. 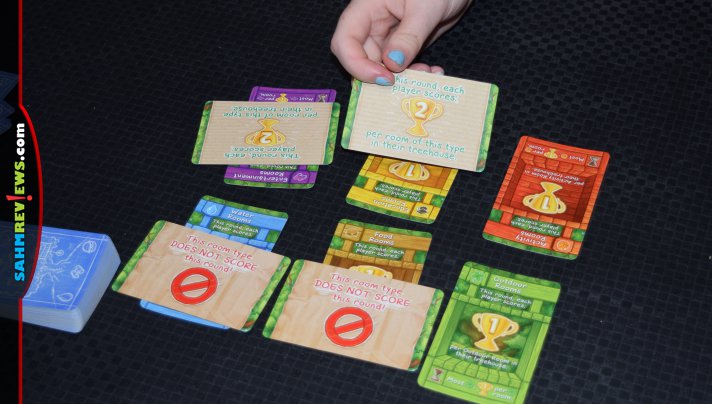 After five rooms have been built (or discarded), discard the final room and proceed to the scoring phase. Beginning with the player who has the most points and continuing clockwise, select one of the game changer cards. Once everyone has one, the person who selected last now gets the first opportunity to decide which room they want to adjust. Proceed counterclockwise until everyone has altered the value of a room with their game changer card. Tally and record the scores based on the new scoring parameters, add any animal cards that offer personal scoring bonuses then begin another round. 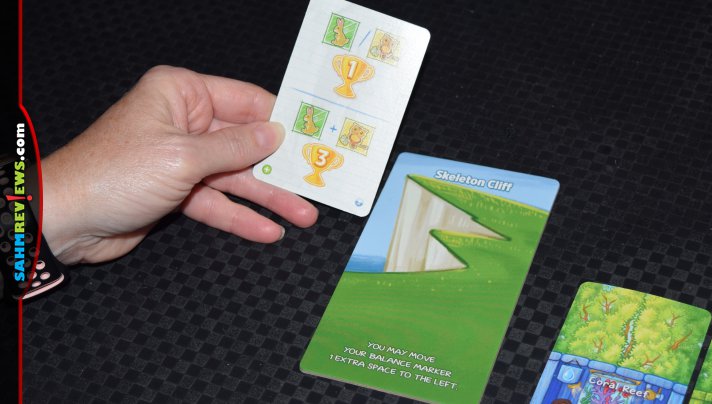 After the third and final round, players reveal their secret objective and earn additional points. The player with the most points can claim they are the bestest everest treehouse builder and everyone else should be jealous of their creation. If you want a compact game, buy the original Best Treehouse Ever since it offers a small footprint. But if space isn’t a limitation then purchase Forest of Fun for the added layers of game play. Ask your local game store if they have copies or order online from Amazon or direct from Green Couch Games. You can see what other blueprints the team is drawing by surveying their Twitter and Facebook channels.