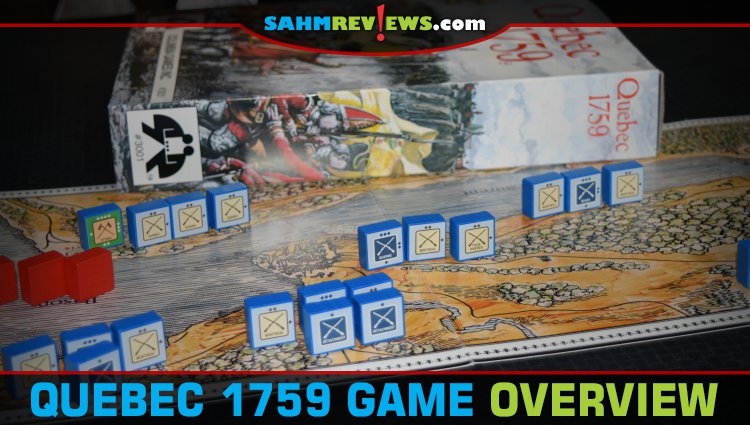 The last time we talked about a game by Columbia Games, it was just before the 4th of July last year. We were helping celebrate by playing their patriotic game about the American Revolution. Things are quite different this year. We’ve always been proponents of utilizing games in an educational setting, but with the prospect of more online learning this upcoming semester, the desire to learn while playing has never been stronger.

Most high school American History lessons focus on teaching about specific periods, touching on the political environment, issues of the day and military skirmishes and wars. Because of the breadth of subject matter they must cover in such a short time, rarely are there discussions about specific turning points or key events that, if had never happened or the outcome had been different, would have greatly changed the landscape of the world as we know it today. You might have been reading this article in French rather than English!

One such encounter happened in the spring of 1759. Europe was in the middle of the Seven Years’ War. France and England both controlled parts of the New World and each wanted more. The British held firm positions in the East in the more populous cities, while France was dominant in a much larger geographical area that extended from Canada to the Gulf of Mexico. The British wanted to crush the French presence in North America and began a long campaign against Quebec. To educate our daughters about this major conflict which was key in our nation’s history, we’ve been playing Quebec 1759 by Columbia Games.

This version concentrates on the skirmishes in the Quebec area, from Ile d’Orleans to Cap Rouge. The setup is quick with everyone deploying all of their pieces at their maximum value. This is the same as Columbia’s other games where dots represent the health of a unit and will be rotated downwards as they fight. The British begin the game with all of their troops on the Ile d’Orleans and their Navy in the Bason. The French may distribute their forces however they like in the nine remaining zones. 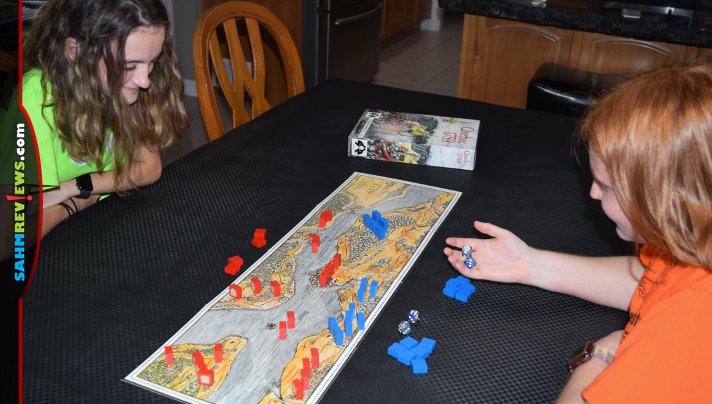 A turn in Quebec 1759 consists of one move only. This can be a land move, a ship move or an amphibious one. Players take turns simultaneously by writing their movement orders on a piece of paper and revealing them at the same time. These moves/orders are not mandatory, but may not be saved for later or replaced by a different move. 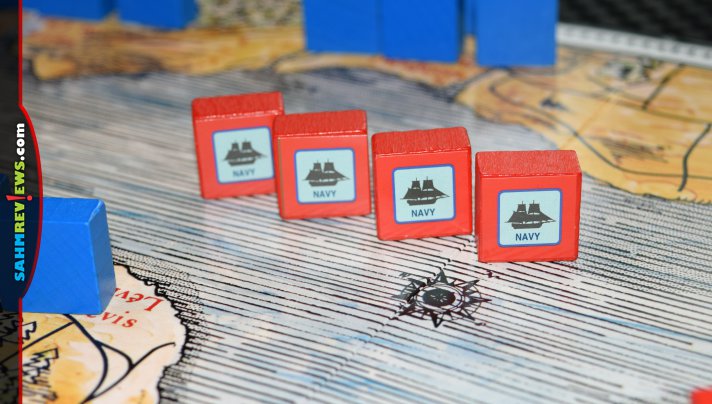 Land moves are made from one connecting zone to another along the printed roads. Amphibious moves is made across a river from one zone to another in the same area. These may be restricted by the placement of British ships and can never be done between zones in the Bason area. Ship movements allow for the sailing of up to two ships upriver or any number downstream.

Battles occur when opposing sides meet in the same zone. The armies are placed into columns which must attack each other. Battles are resolved by rolling dice (6’s are hits) and reducing the health value on each piece. At any time a side may elect to retreat, but may be pursued by the opposing force. Smaller conflicts are called “skirmishes” and occur when one side has less then three units in a zone, preventing column formation. 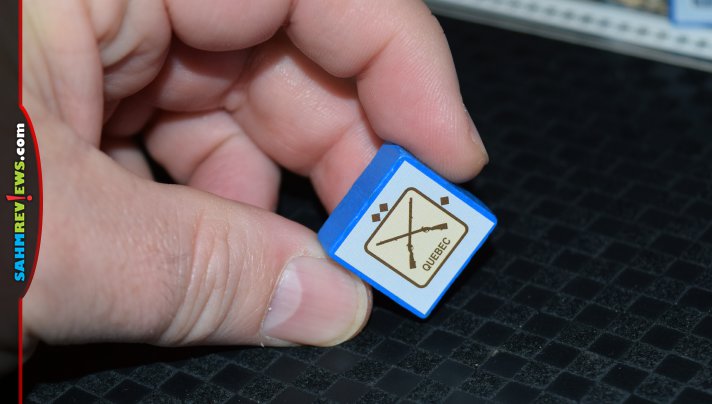 Optional rules to account for the tides force the British to roll a die before each turn. If there is a “1” result, amphibious movements and movement of ships are not allowed for either player for that turn. The ultimate goal for the British is to hold the Abraham zone at the end of the 16th move AND have at least 20 total health (called the Combat Value). The French win if the British player does not achieve this or falls below 20 CV at any time during the game. 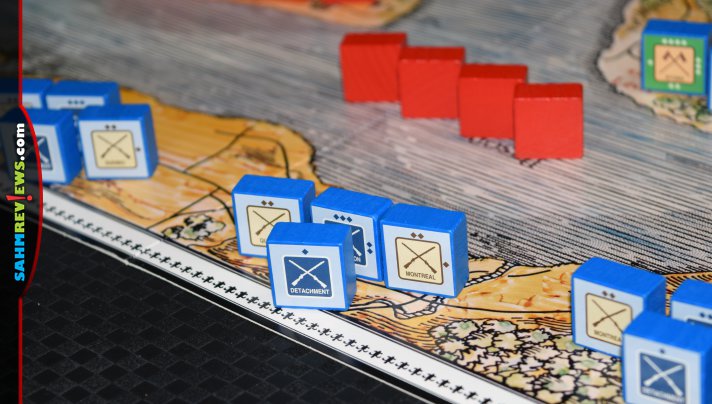 We’ve really enjoyed this Quebec 1759 edition as it is a part of history we were never taught about in school. It also plays in under and hour and there’s no reason you couldn’t play as teams instead of just one versus one. Of all of the historical-themed games we’ve played, this is the one we’ve learned the most from. Win or lose, when we come out of it with a better understanding of the past, we’re all winners. You can find copies of this popular title by Columbia Games on their website, through your favorite local game retailer or on Amazon. Follow Columbia Games on Facebook to find out what they are issuing next in this popular block wargame series!

Do you have a favorite historically-accurate game you’ve learned something from?