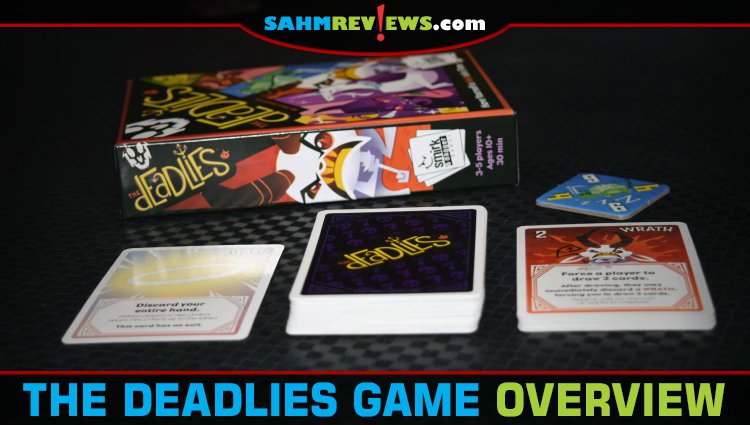 I’ve always had a fascination with the concept of the seven deadly sins. Like most, I first learned of them in church as a young child. To be honest, some didn’t seem so bad by modern standards (Pride?). I always wondered about their origination and whether some we’re viewed as worse than others.

The first board game I saw which utilized this theme was The Others: 7 Sins. I backed it on Kickstarter and spent way more than I had planned making sure I had everything. I mean, what good is a game about the seven sins if you don’t have all of them?! Sadly, even though it arrived some time ago, I still haven’t found a group to play it with. Fast-forward to today and not only is there a new game themed in the seven deadly sins, The Deadlies by Smirk & Dagger is much quicker to learn and approachable by a wider age range. 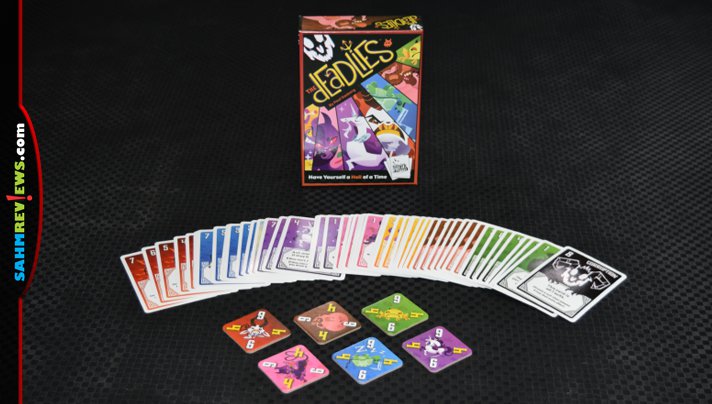 The Deadlies is a card game for up to five players (three minimum) that plays in around 30 minutes. Before I talk about game play, I want to point out that even though it covers what some might consider “adult topics”, the imagery is very family-friendly. It may even spark conversation about individual sins – except for “Lust”. I don’t think any parent is ever comfortable talking about that subject with their children…

The object of The Deadlies is to be the first to rid themselves of all their cards (sins). All players take one of the Wickedness tokens and sets it in front of them with the “6” pointing towards themselves. This number represents your starting hand size and will get smaller as the game progresses. Each person is then dealt six cards (since everyone begins with their token on “6”). The rest of the deck is placed in the center of the table with a special “Halo” card next to it. 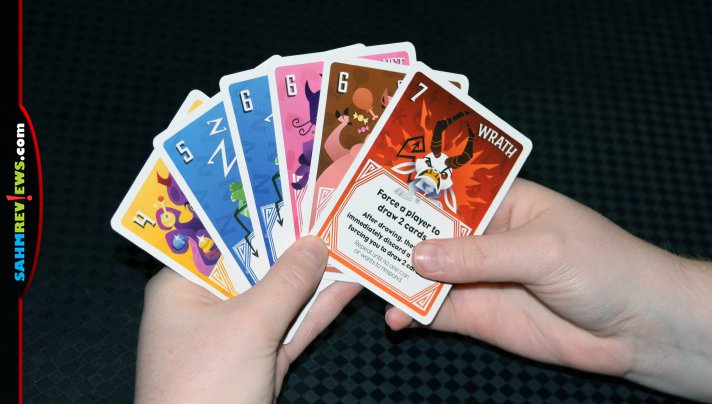 On a turn you will play as many cards as you can from your hand. You do not need to follow suit or be concerned about what the previous player played as in Tichu or Ladder 29. Instead, you only need to make sure you are playing a valid combination. 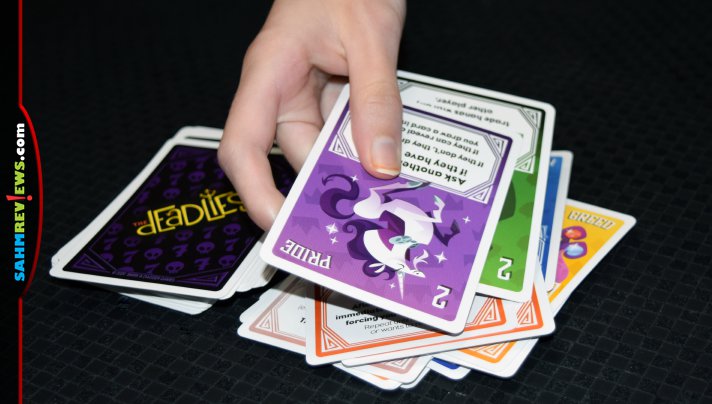 First, you can play one or more cards of any suit (there are seven suits in The Deadlies!). You can also play any number of cards with the same number. Lastly, you may play a straight of any length, even if it is made up of only two cards. In all cases, whatever the topmost card was, its effect will be resolved immediately. These range from forcing others to reveal cards in their hand, drawing additional cards or even trading your entire hand with another player! 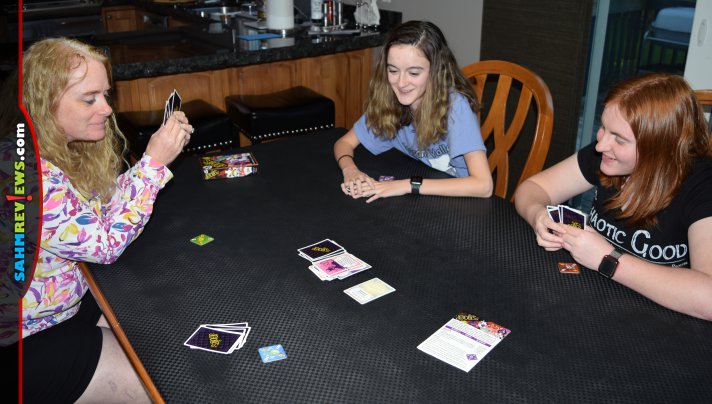 There are also a couple special non-suited cards in the deck to watch out for. “Corruption” is like a wild card that can be played as normal and takes on the effects of the suit you designate. “Purity” allows you to take the “Halo” card into your hand. And that “Halo” card allows your to discard your entire hand when played. 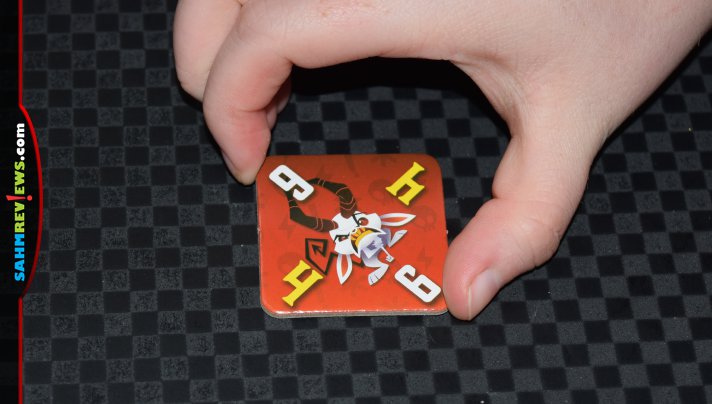 Whenever you have no cards in your hand at the end of anyone’s turn, you will turn your Wickedness token to the next lowest number (flip it over if necessary) and draw up to your new starting hand size. Each time this number will decrease by two. If you have managed to be the first to turn your dial enough times so that your hand size is zero, you win The Deadlies!

The Deadlies is much easier to teach than most trick-taking card games and easier for younger players since they don’t have to remember to follow suit or worry about trump cards. While advertised for ages 10+, it can easily be enjoyed by younger players as long as you have someone around to explain the rules. That is, as long as you are comfortable with explaining the meaning of the different sins if they ask…

If you can’t find a copy of The Deadlies at your favorite local game store, pick up a copy direct from Smirk & Dagger on their website or on Amazon from a number of 3rd party sellers. You can also take a moment to try to win a copy for yourself thanks to the publisher’s generosity! Enter below and don’t forget to come back each day for additional chances to win!