Home / Recreation / Games / (May Cause) Side Effects Party Game Overview 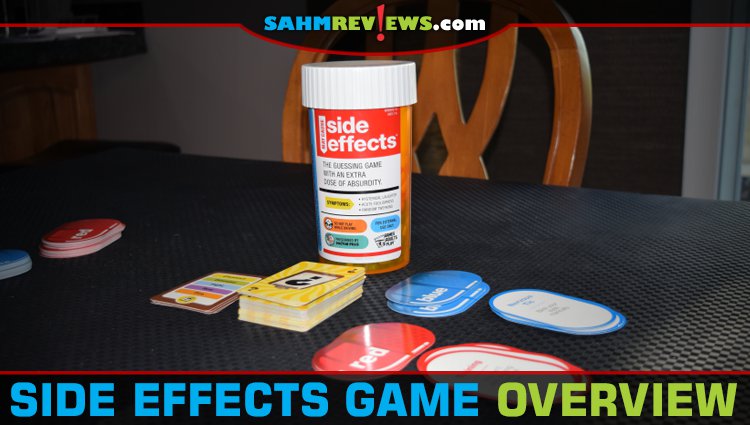 (May Cause) Side Effects Party Game Overview

It’s been some time since we’ve talked about Goliath Games‘ spinoff company, Games Adults Play. As you may recall, this new brand hosts (mostly) party games targeted to the 18+ crowd. These titles typically feature adult sexual themes, embarrassing questions or depictions of graphic violence. We’ve always said that there’s a game out there for everyone.

One recent title by the same company, (May Cause) Side Effects, caught our eye on the store shelf due to its unique packaging. The over-sized prescription pill bottle reminded us of our solution for handling miniatures while they’re being painted. We joked that with this container we could paint a small child! (We’d never do that…) Because it was also advertised for ages 13+, the game is now in our collection. Happily, it has provided a whimsical distraction for our family during our quarantine. 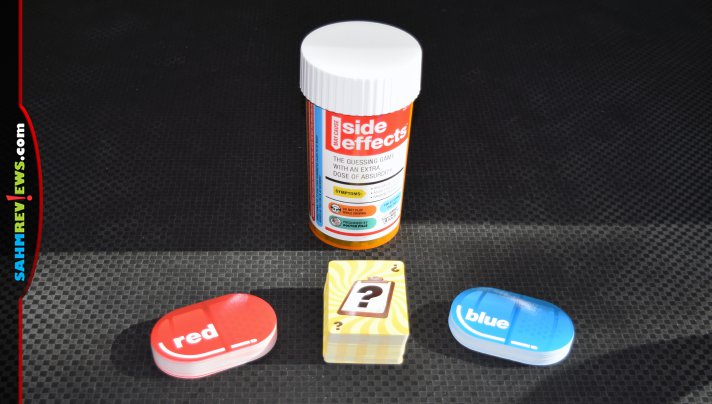 Inside the box bottle are three decks of cards. The first two are shaped like over-sized pills, with the third being of a standard card configuration. (May Cause) Side Effects is designed for four or more players divided into equal-ish teams. Both teams will choose five cards from each of the pill-shaped decks and shuffle them together forming two 10-card decks. The rest of the pill cards can be returned to the bottle. The final deck hosts the words. These cards are shuffled and set in the middle of the play area. One of the five colors on the card is chosen (yellow, green, blue, purple, orange) and will dictate which word section will be used for the entire game. 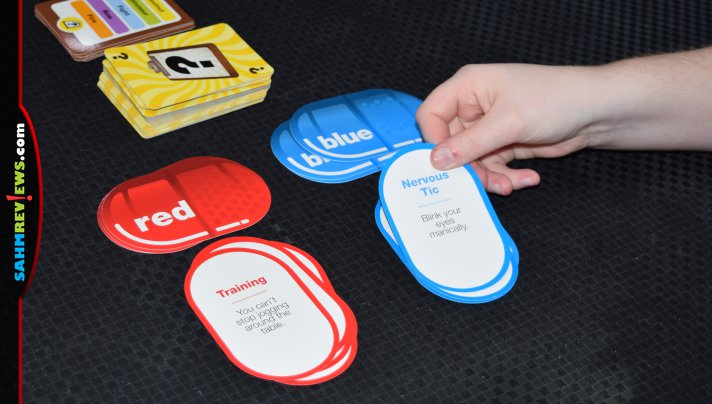 To start the game, the top card from each pill deck is revealed and set face-up in front of the active team. Using a cellphone, a 40-second timer is begun and the top card of the word deck is drawn and looked at by the Patient (the person who will give the clues). Their goal is to get their teammate(s) to guess the word on the card by speaking, miming, grunting or whatever without actually saying the word. Additionally, they must follow the exact instructions shown on the two pill cards! 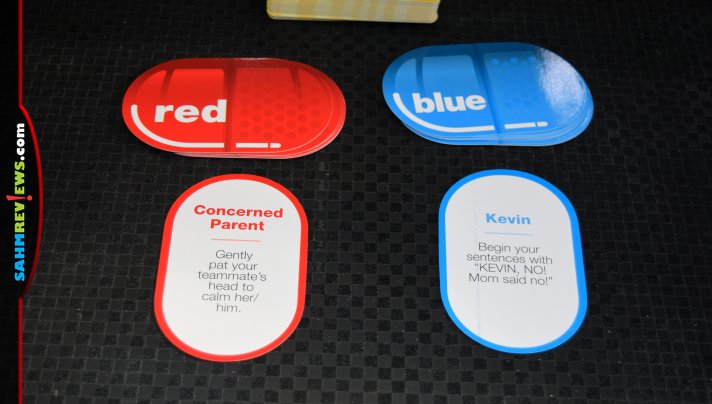 These crazy challenges range from hugging all the other players, speaking like a flight attendant, straightening out your teammate’s hair and clothes or even talking like a sheep. One deck controls physical actions, while the other alters the way you express yourself vocally. The other team knows these limitations and reminds the patient whenever they’re not acting out correctly. 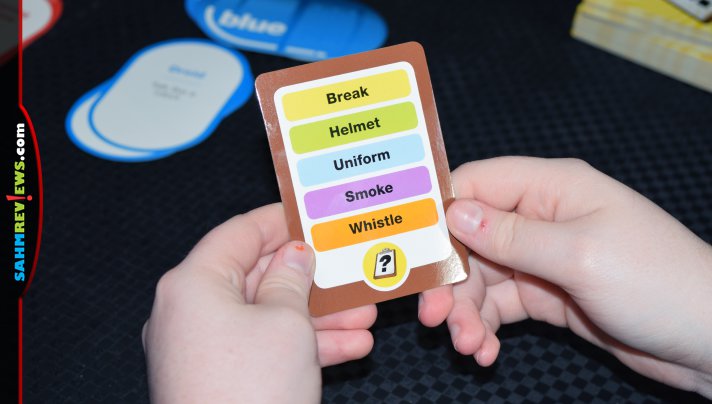 If your team guesses the word correctly, and there’s still time left on the stopwatch, you will grab another card and try to get them to guess that word also. When the turn is over, keep all cards correctly guessed and pass the phone to the other team. They will do the exact same thing with new pill cards and a fresh timer. When all of the pill cards are gone (each team will take five turns), a game of (May Cause) Side Effects is over. Whichever side has collected the most word cards wins!

(May Cause) Side Effects is a nice distraction and perfectly suited for the teenage crowd. With only five rounds, it plays pretty quickly. Quick enough that we’ll usually switch up teams and play through at least one additional time each session. You can find (May Cause) Side Effects on Amazon or ask for it at your favorite local game store. Be sure to follow Games Adults Play on Facebook or Twitter to discover what other game prescriptions they’re writing up!

What’s the most unique game box you’ve ever seen?

2 comments on «(May Cause) Side Effects Party Game Overview»