When I was young, one of my favorite things to read was Games magazine. With the introduction of the internet, most of its puzzles and challenges are now online on their website. I wish they still offered their monthly magazine in print form, but that ceased some time ago. You can still pick up their World of Puzzles line at bookstores, but even those are available in a digital version for less money.

One of my favorite puzzles that appeared regularly was the type where a word was broken up, rearranged or somehow otherwise altered to create a well-known phrase. The week we found a game by Paladone Products, Say What You See!, at our local Goodwill that turned this type of puzzle into a card game. For only $1.88 used, there was no doubt it was going home with me (hint – I would have paid more)! 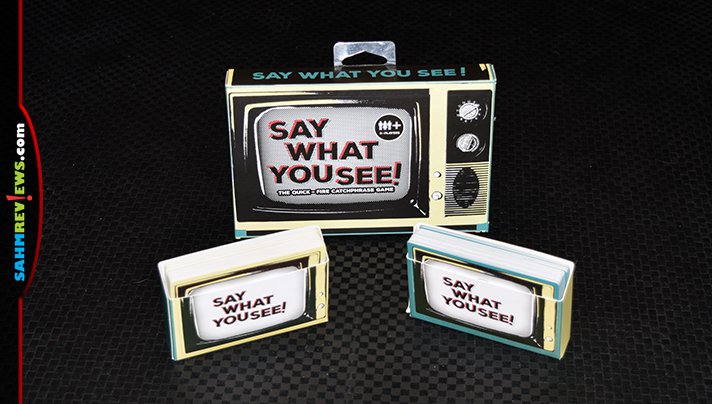 Designed for 3+ players, inside the box for Say What You See! are 100 pictogram cards, card holders and a set of instructions. The object is to be the first person to correctly guess the catchphrase that the pictograms represent. 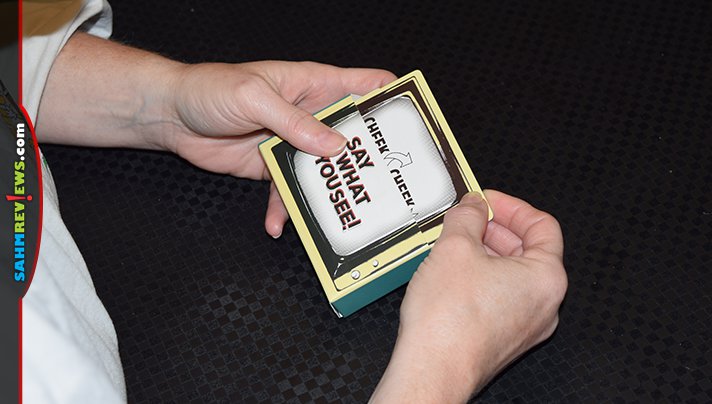 Beginning with the youngest player and proceeding in clockwise order, the active player will draw one card from the holder and display it to the other players. Everyone studies the card and tries to determine what it is trying to say. It isn’t included in the box, but having some sort of timer to use is recommended since not all cards will be successfully answered. 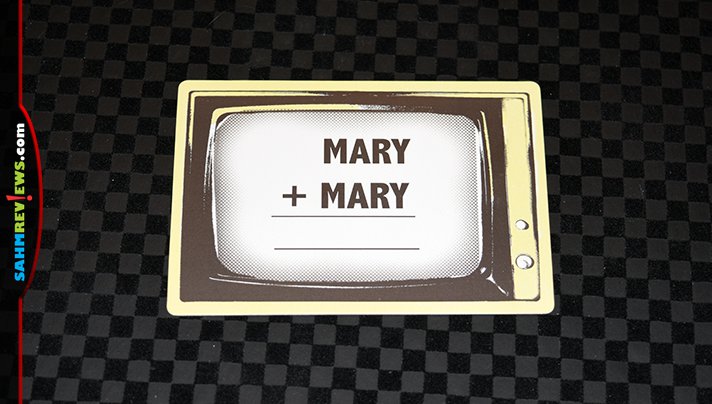 If someone correctly guesses the phrase within the time limit, they are awarded the card and the role of active player passes to the next player. If no one guesses the catchphrase in time, the card is returned to the back of the holder and another card drawn by the same active player. The first person to answer five questions correctly is the winner! 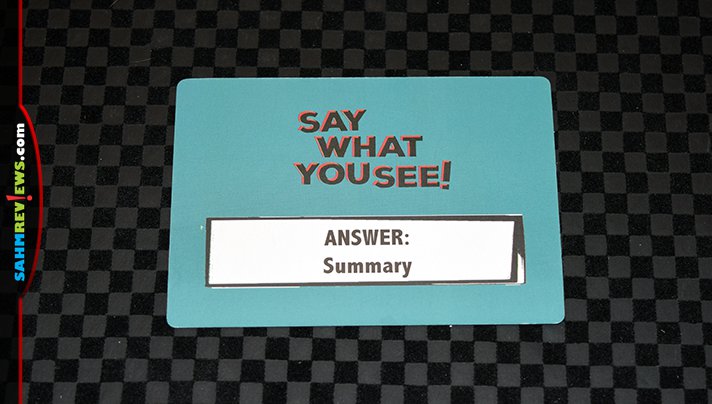 Say What You See! is a fun implementation of a game using this age-old puzzle. However, the scoring rules are very incomplete. By ending the game immediately upon someone winning 5 cards, you haven’t given a fair chance to all players since you cannot guess when performing as active player. The game should be played in rounds going back to the original start player. We would suggest winning 5 cards triggers the end of the game, but continuing play until all players have had the opportunity of being active player equally (finishing around the table until back to the original start player). If there ends up being more than one player with 5 or more cards, perform a sudden death match between those players with winner taking all!

You should be able to find inexpensive copies of Say What You See! on Amazon. Since it has been out for some time, with a second “Music Edition” on the way, you might have luck finding a copy by searching at your local thrift stores or yard sales!