Four years ago, almost to the day, we were playing Let Them Eat Shrimp by Doctor Finn’s Games. It was the first time we had played a game by that company, and since we were in the middle of Lent, a fish-themed game seemed perfect.

Upon further research it seems we actually had played a few more! Both Herbaceous and Sunset Over Water were co-published by Pencil First Games and have become staple games for when we want to play something with a more calming theme. This week we found one of Doctor Finn’s game at our local thrift store that also had that kinder, gentler aura – The Little Flower Shop! This copy had maybe been played one time. The box was in near-perfect condition, and except for the contents being all mixed up, everything inside showed zero wear. At $1.88, I certainly couldn’t pass on this bargain! 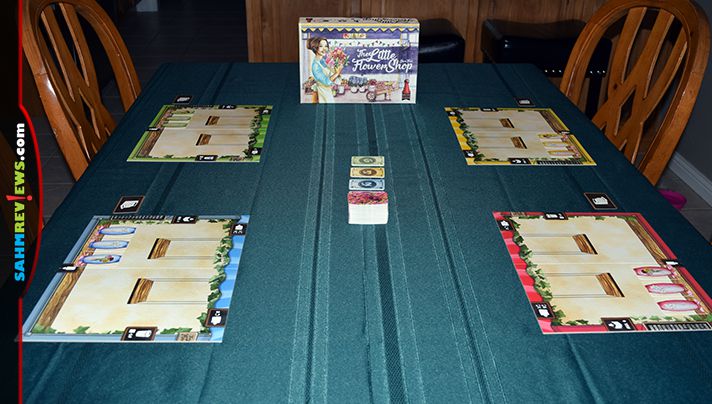 In The Little Flower Shop, you and up to three other players are flower shop owners trying to fulfill orders and match the correct flowers with the correct vases. All players begin the game with a cash register, three starting vase cards and a color matching player board. The deck of 96 Shop Cards (more vases, flowers, baskets, orders and money) is shuffled and placed in the center of the play area. 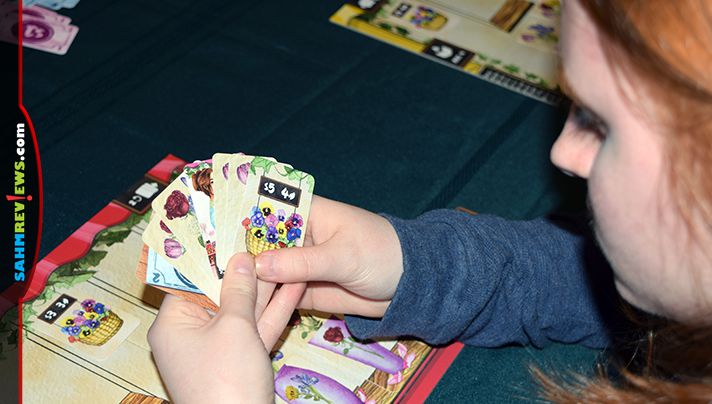 The Little Flower Shop is played over three rounds which are resolved in the same manner. At the start of the round all players are dealt a hand of seven Shop Cards. Simultaneously they will each choose one card to keep and set it face-down in the “keep area” directly below their player board. The rest of the cards from their hand are set in a pile either to the upper left or upper right of their player board to be passed to the person directly beside them (rounds one and three have you passing to the left, round two asks you to pass to the right). 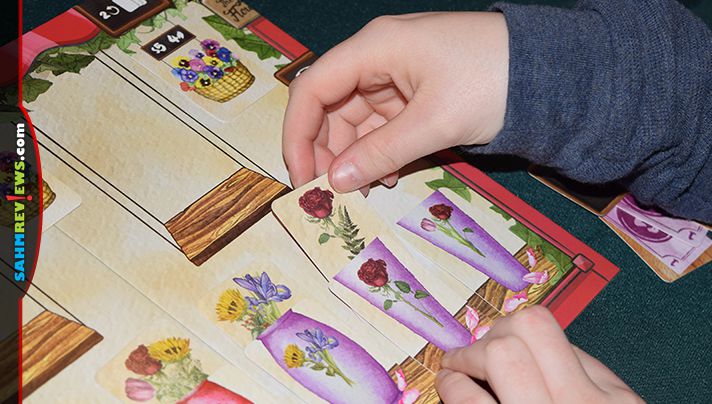 Once everyone has selected their one card, it is revealed and played immediately. If it is a vase card, you may place it in one of the eight spaces on your board that will hold a vase. If it is a salary card (money), it goes under your register. Basket cards are put into your storage area to the left of your player board, as are order cards. Flower cards are placed into matching vases if possible, otherwise they too go to storage. Be careful about what you select! You only have room for four things in your storage area! 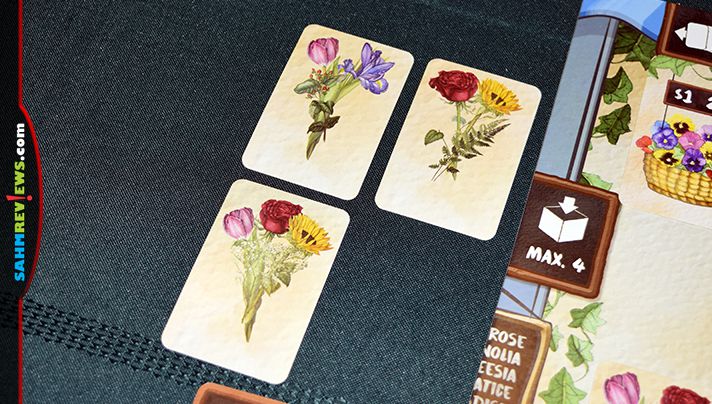 At any time during the game, you may purchase a basket card in your storage area (think of it as buying the basket in which you’ll arrange flowers) by paying the listed price on the card and hanging it in one of the three top spots on your board. You can also fulfill an order at any time by discarding the order card and another card from your shop or storage to collect money. If you have a matching vase and flower, you can sell both of them to the same buyer! 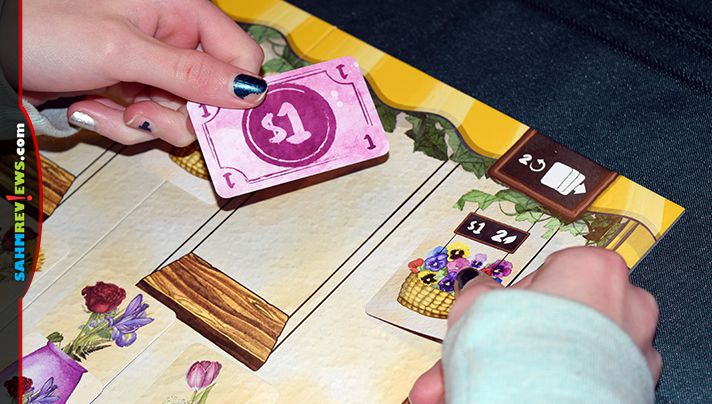 After all seven cards have been drafted, another round is played in the same manner – just switch the direction of passing cards. After the third round is completed the game ends and final scores are tallied. First, move any empty vases and anything in storage to your trash area (the right side of your board). Filled vases are worth points equal to the number of petals shown on the card (a lovely way of showing its value). Each hung basket is worth the amount shown on the card and you’ll also score one point for every $5 you collected during the game. For every two cards in your trach, deduct one point. The player with the highest total wins The Little Flower Shop! 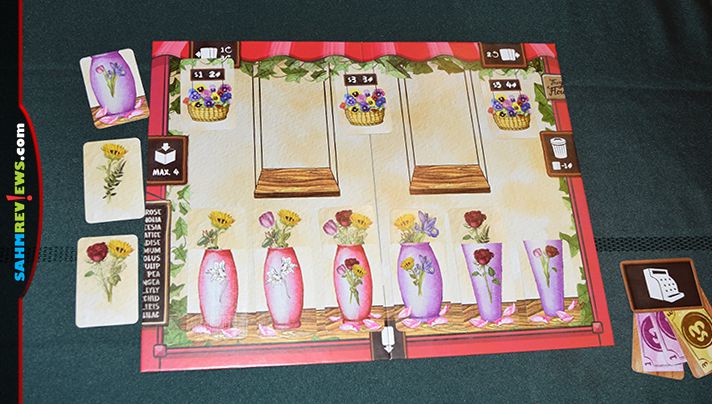 Alternate included rules allow for scoring points based on collecting certain types of filler plants (Baby’s Breath, Hypericum & Fern). There are also special instructions for when playing with only two players and even a solitaire variant! Even at the original full MSRP of $29.99, there’s a lot of game in this little box! 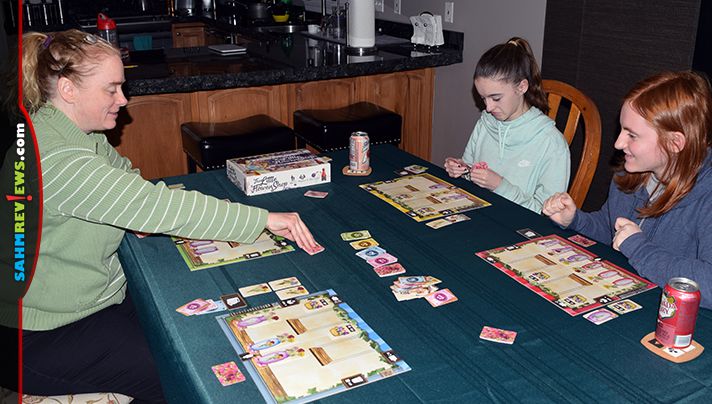 The Little Flower Shop is a pretty recent game (2017) and new copies are regularly available on both Doctor Finn’s website and on Amazon. Just goes to show that you’ll find more than just old games when you shop at thrift!

What is the most recent game you’ve found at a thrift store?