It’s difficult to believe that it has already been over 2 1/2 years since we told you about Run for Your Life, Candyman! It’s a tongue-in-cheek stab at the classic game of Candyland, the game we all played as kids and hope we never play again as adults. As you might recall, this Smirk & Dagger version turned things up by allowing you to attack other players until all of their gingerbread man’s appendages were removed. Definitely not a G-Rated game!

This year you might have noticed a similarly-titled game in our Holiday Gift Guide featuring all types of dice games. Roll for Your Life, Candyman! is the next title in this parody line and earned it’s spot in our guide with an ideal combination of price, quality and entertainment. Keep reading, we’re sure you’ll agree. 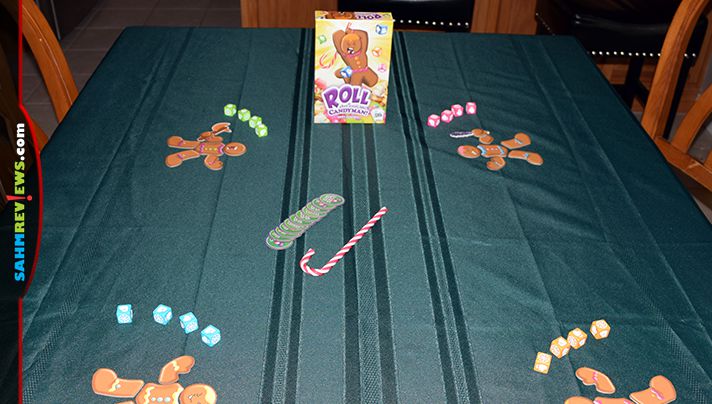 The main object in Roll for Your Life, Candyman! is the same as its predecessor – destroy your opponents one limb at a time before going for the body and/or head to finish them off. Up to four players may participate in the carnage and each receives a complete set of cardboard gingerbread man pieces and four matching colored dice. 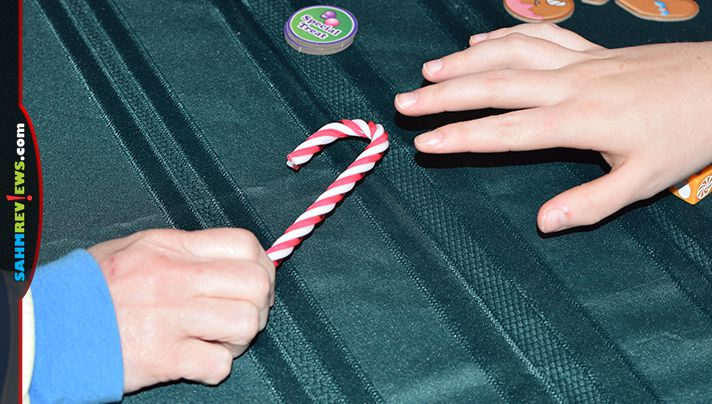 An included plastic candy cane is placed in the center of the play area and a number of Special Treat tokens are randomly drawn (depending upon the number of players) and also laid within reach of everyone. Remaining Special Treats are returned to the box for this round. 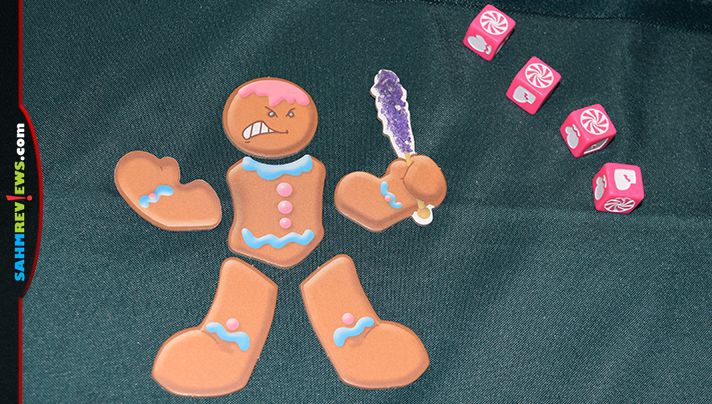 Players do not take turns in Roll for Your Life, Candyman! Instead they all roll at once trying to get four-of-a-kind on their dice. When one player achieves this, they grab the candy cane and yell “Stop!”. No more rolling occurs and the player with the candy cane gets to resolve their dice. 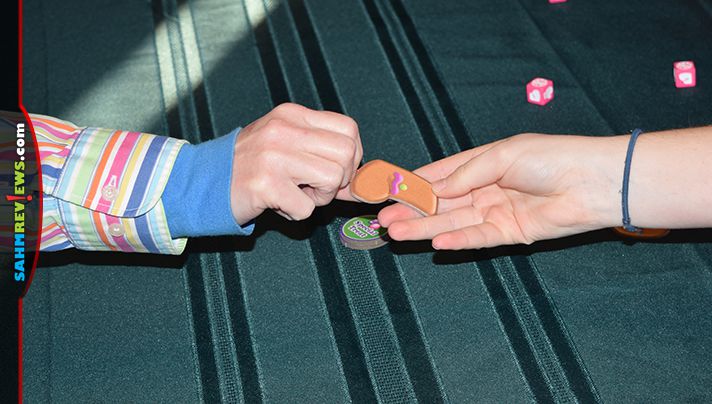 If they have rolled four Arms, they may remove an arm from any other player’s cookie and take the piece into their personal score pile. Four Legs as a result is similar – take a leg from an opponent and keep it in your pile. However, if four Peppermint Swirls are shown, then the player has a choice of three possible actions. 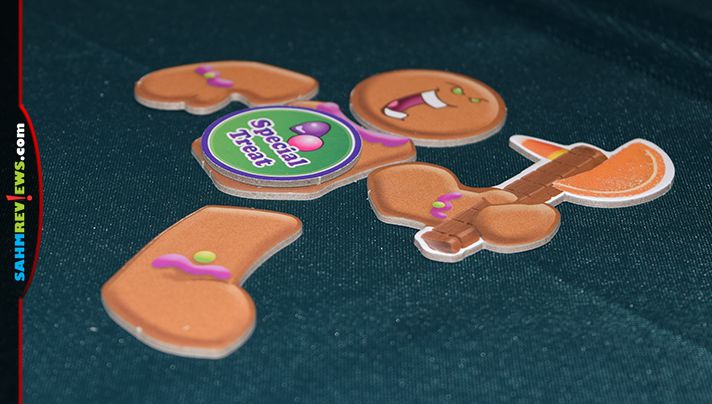 First, they may take one of the Special Treat tokens from the center of the table and place it on your cookie. This protects your gingerbread man from losing any other parts until it is removed. Secondly, they may choose to instead remove a Special Treat protecting an opponent. When this happens, the instructions on the treat token are followed (benefits go to the original owner) and then it is put into the attacking player’s scoring pile. Lastly, with four swirls a player may choose to remove a head or body from anyone’s cookie as long as they have no limbs remaining. 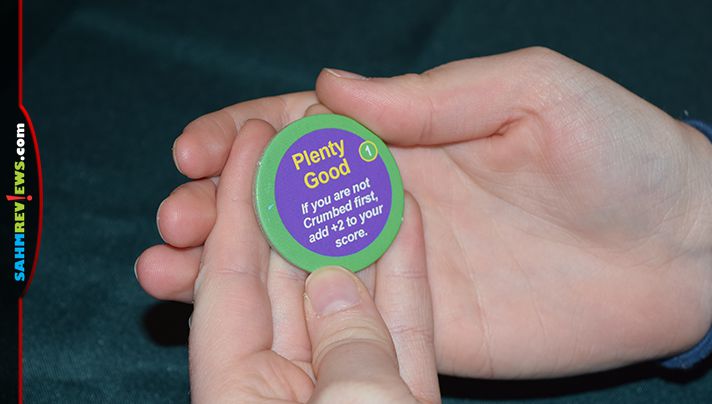 When a player loses all six of their cookie parts, they have been “Crumbed” and are out of the round. Once there is only one player remaining, the round is scored. Each player scores one point for each cookie part in their scoring pile, one point for any pieces of your own cookie remaining and one or two points as depicted on collected Special Treat tokens. The totals are recorded, new Special Treat tokens randomly selected, cookies reassembled and a new round begins. The person with the highest overall total after three rounds is the overall winner of Roll for Your Life, Candyman!

With quick play thanks to no turns, expect a full game of Roll for Your Life, Candyman! to clock in at under 30 minutes. And at $20 direct from Smirk & Dagger, you can see why it was an instant recommendation this holiday season! Don’t let the angry gingerbread man scare you from considering the game for kids – this one is easily appropriate for the 8+ crowd.

As with many of our Holiday Gift Guide games, we will be giving away a copy of Roll for Your Life Candyman! sometime in the upcoming weeks. In the meantime, check out Smirk & Dagger’s website to see what they’re working on next (or follow them on Twitter and Facebook)!

How badly do you hate playing Candyland?!

14 thoughts on “Roll for Your Life, Candyman! Game Overview”