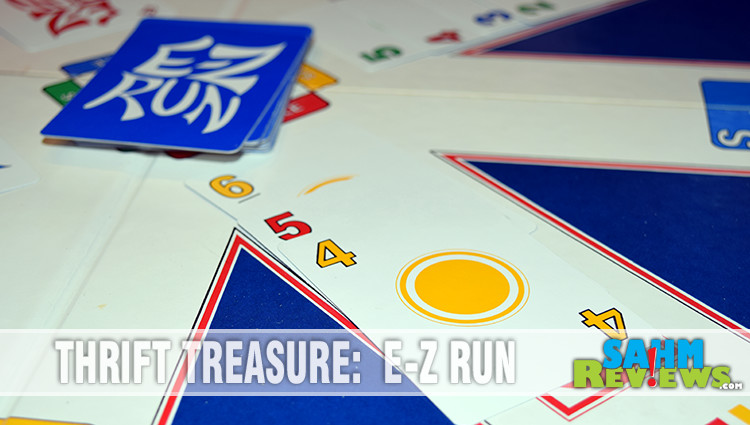 This week we found a really interesting game at our local Goodwill. E-Z Run advertises itself as a “fun family card AND board game”. And it if weren’t for the board part of the game, we would be complaining about the oversized box containing only a deck of cards. That’s all there is to E-Z Run, a deck of custom cards and a traditional game board. 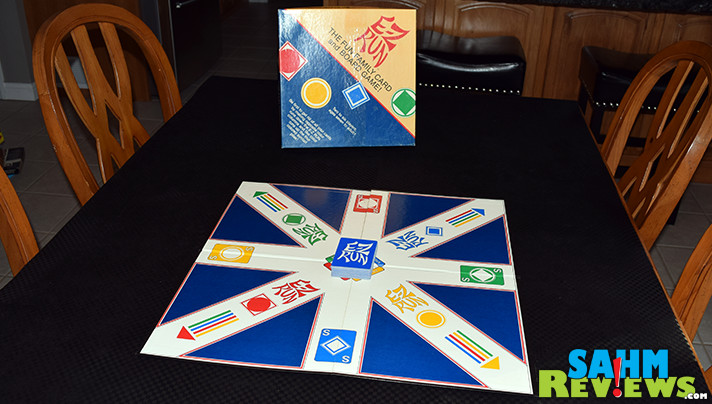 Originally published in 1986 by now-defunct Metatron International of Joliet, IL, E-Z Run bears some similarity to classic UNO or a 4-player version of a game of solitaire. The game includes a deck of 52 cards made up of four suits numbered one through eleven, four E-Z Run cards and four different Symbol cards.

Let me start off by saying that E-Z Run sports the most confusing and incomplete set of rules that I’ve seen in a long time. Our following description is what we could piece together from the poorly-written instructions, and our apologies if we are interpreting them incorrectly. 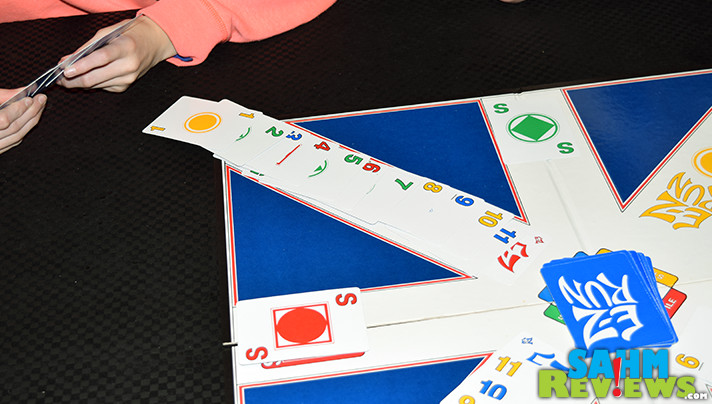 Your goal in E-Z Run is to get rid of all the cards in your hand with everyone else receiving points for cards they are still holding. Each player begins with a hand of five cards and four random cards are dealt to the four E-Z Run columns on the board. These columns must be filled in descending order and of different suits. For instance, if the topmost card is a blue seven, the next card must be a six of any color except blue. On your turn simply play a card to one of the four columns or draw from the deck. Continue drawing until you get a valid card to play or end your turn after you have drawn three cards. 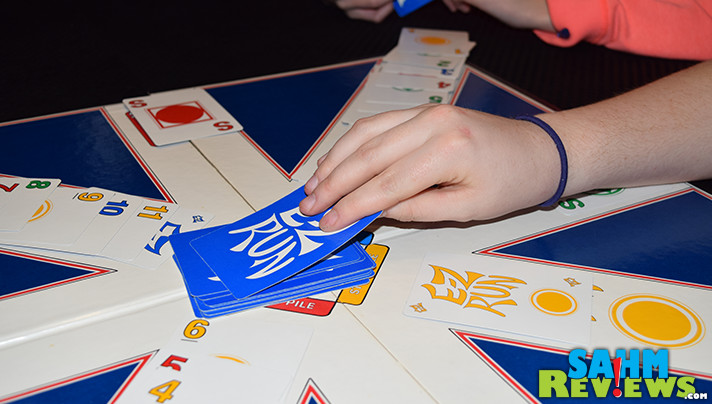 Another play option is to move cards already on the board. You may move an entire column to another if the first card is the next needed in another E-Z Run column. Pick up that card and any that are in order and move the entire lot to the new column. The former column is now empty and can be re-started with the play of an E-Z Run card, considered the highest card in the deck. The next card played would naturally be an eleven of a color different than the played E-Z Run card. 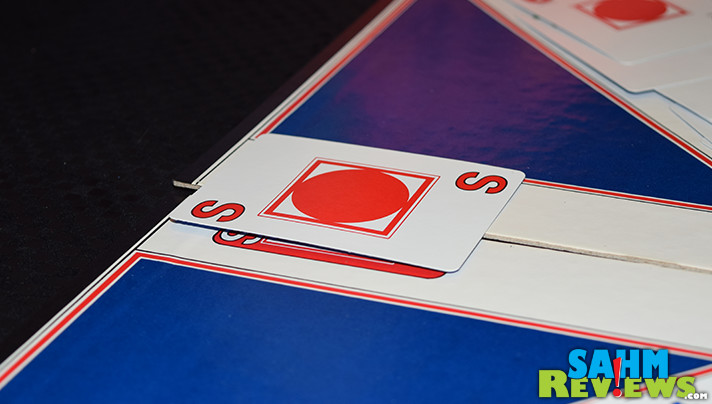 There are also Symbol piles which are started once someone plays a Symbol card to an E-Z Run column and it is later moved to the matching Symbol space on the board. Symbol cards are considered the lowest of the run and these piles must be played in ascending order and of matching color! Cards may be played to the Symbol pile ONLY from the board and only if the needed card is the topmost in the E-Z Run column. 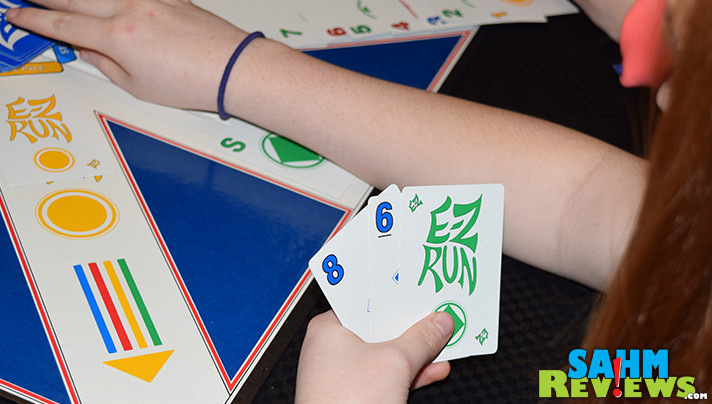 While normally you only get to do one thing per turn (move or play from your hand), a special run allows the potential of two moves. You can move a column of cards, breaking the sequence, and play the newly exposed card to the matching Symbol pile. This can only be done if the column you are moving has a space to legally lay it to AND the Symbol pile matches the underlying card that will be exposed. 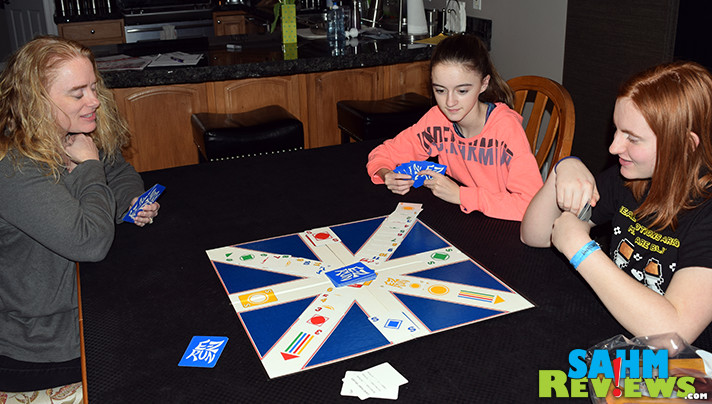 Once a player plays their last card to the board the round ends immediately. Cards remaining in players’ hands are added to their score (10 points for each numbered card, 15 for E-Z Run cards and 25 for leftover Symbol cards), and when any player exceeds 100 points the game ends. The person with the lowest total score is the overall winner of E-Z Run!

E-Z Run isn’t a bad game at all, just a confusing one if you’re relying solely on the included instructions. Certainly worth paying a few bucks for if you find it at thrift, but unless you’re a die-hard collector, I would hesitate paying much more than that on eBay.

Have you ever seen or played E-Z Run before?