Most of the time when we’re shopping at thrift stores we’re on the lookout for board games for our collection. A few times we find interesting puzzles that we cannot pass on. Such was the case when we featured a classic metal horseshoe puzzle or showed how quickly our (then) pre-teen could solve the more complex tree puzzle.

This week we came across another puzzle-type game that reminded us of one we had as kids. Known by many names, this classic is most widely known as Shoot the Moon. A simple game that challenged you to slowly roll a metal ball uphill towards you by slowly splitting apart the metal rails in which it rode. A super-steady hand was required and I don’t know if I ever was successful in getting the highest score. 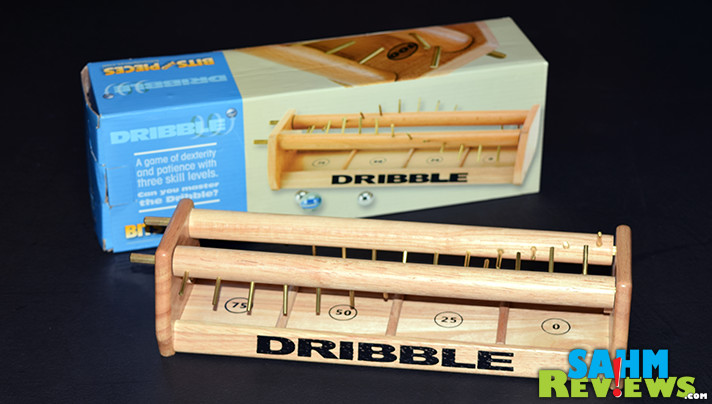 Dribble by Bits and Pieces looked very similar to Shoot the Moon when we first picked it up off the shelf. The goal is the same, the closer you are able to move the ball to yourself, the higher your score. But instead of simply rolling it along parallel rails, Dribble has wooden dowels with evenly-spaced brass pegs that circumnavigate each cylinder. 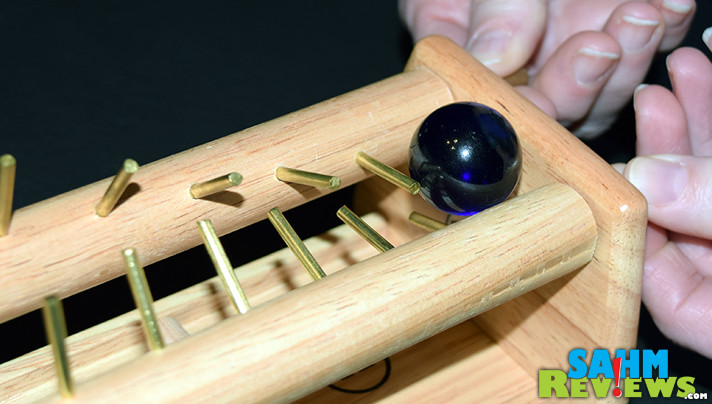 Thankfully Dribble includes two different sized balls, one a large glass marble, the other a smaller metal bearing. Starting out with the marble allows for less failure and time to get used to how the game works. You use the pegs to slowly “step” the marble from rung to rung until you reach the end. Because of the marble’s larger size, it is much less likely to fall through the pegs. 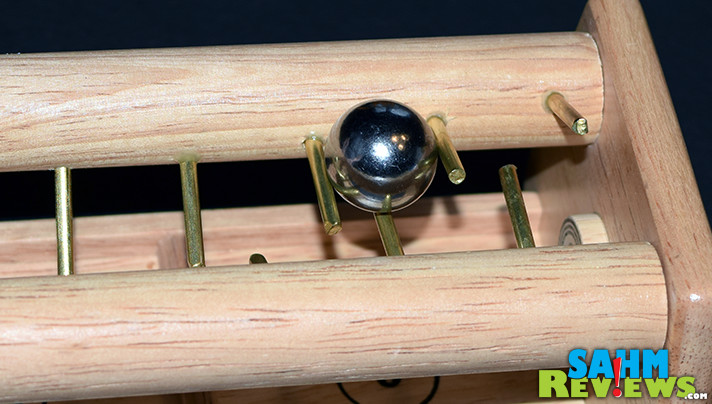 However, trying Dribble with one of the metal balls is a much more difficult undertaking. The diameter of the sphere is not much larger than the spacing of the pegs. And because of manufacturing variances, is actually smaller than some. Your strategy is still the same, using both dowels you try to step the steel ball closer to you, trying to get to the end. There is a secret to being successful – there is a little bit of play in the positioning of each rod, allowing you to slightly move back and forth. Use this to your advantage to nudge the ball forward. If you try to rely on just gravity, you most certainly will not get the ball to the end. 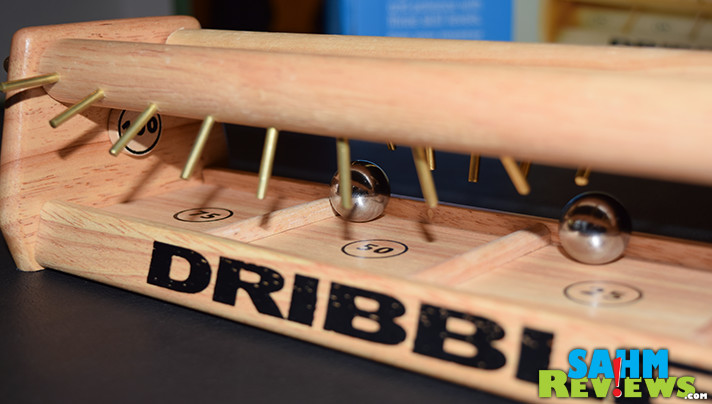 And if this wasn’t hard enough (I still haven’t completed it successfully, but both my wife and youngest daughter have), a second identical steel ball is included and you are challenged to put BOTH of them on the track at the same time and see how far you can get them, receiving a score summed from the results of each. This has proven quite difficult for everyone in our family and our total score still hasn’t exceeded our result from using just one ball. I won’t say it is impossible, but will admit to needing much, much more practice. 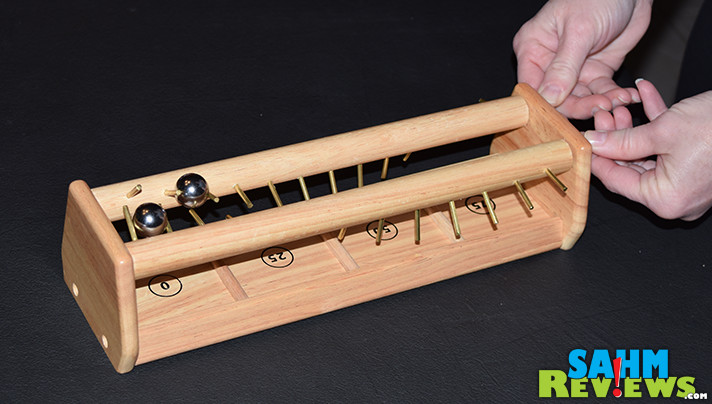 Dribble is easily found on Amazon for just over $20 shipped or direct from Bits & Pieces. For now it remains in our collection, at least until we finally solve it on its hardest level. And I’m betting that will be a very long time.

Have you ever played Dribble or Shoot the Moon?