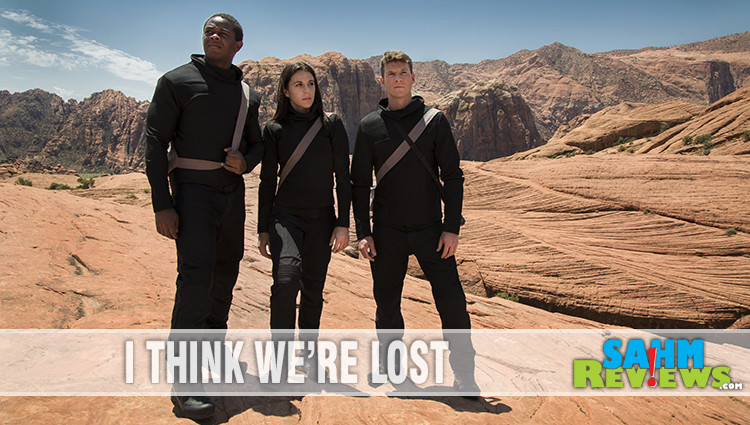 This post was written by me through an activation with HireInfluence on behalf of ExtinctTV. Although I received compensation for participating in the campaign, all thoughts and opinions are my own.

Being the first to participate in something is always cool. I think that’s what has driven me to sign up for programs that provide opportunities to try new products when they first hit the market or screen a new movie before it releases. These are things I was doing well before blogging was a thing and I did them for my own enjoyment. One of the first major events I attended after moving to Los Angeles was the “Four Captains” convention – the first time all four captains of the existing Star Trek series would be on the same stage together. William Shatner, Patrick Stewart, Avery Brooks and Kate Mulgrew walked on the stage to grand applause and Scott and I were there to witness it. Yes, I know I failed to mention Scott Bakula, but this was before his time as captain. This convention was the first time I found myself engulfed by all things science fiction and it was fantastic. It was unfortunate that there were so few science fiction shows readily available for viewing at that time. Things have changed a lot since then.

Thanks to the invention of the DVR and streaming services like Netflix, we have found ourselves watching more and more quality programming. In the olden days, if you missed a series premiere, you simply found a different show to watch then joined in during the summer season repeat. Now, our practice is to record all the series premieres that looks interesting, watch a couple episodes of each then delete what doesn’t work for us. This process has helped us become fans of shows like Falling Skies, Revolution, Terra Nova, Alphas, Defiance, Under the Dome, Limitless, Expanse and more. We loved some more than the networks did apparently.

This year is no different. We’ve seen commercials, trailers, previews, buzz on social media and have crafted our list of shows to record this fall. Among them is a new series that isn’t on a major network nor the other channels we typically find science fiction shows.

This one is on BYUtv, a channel I don’t think I have EVER watched before. Sorry, but we have a LoT of channels so I never discovered it! So what is it that has me interested in Extinct? Let me tell you a little about it! It takes place 400 years after the human race has gone extinct (hence the name) and they’re brought back to life by an alien civilization. Creepy, but oooh-kay. At least they don’t look like zombies. But that’s not what drew me in. It’s from the legendary creator of Ender’s Game, Orson Scott Card along with New York Times bestselling author, Aaron Johnston. When it was described to me as having the feel of Lost, that’s pretty much all I needed to hear to want to learn more.

So they shipped us a teaser box…

Kennedy and I kept it sealed until we were ready to record and pretty much all we knew is what I previously told you.  As you can see from the unboxing video, they didn’t give us much in the way of details! The box included:

Our mission was to figure out what it all meant; you can see our initial reactions in the unboxing video. Kennedy and I decided the commonality of these things was that they’re mostly items found in a survival kit. In addition, there were terrain samples which were clues as to the types of land that would be encountered. 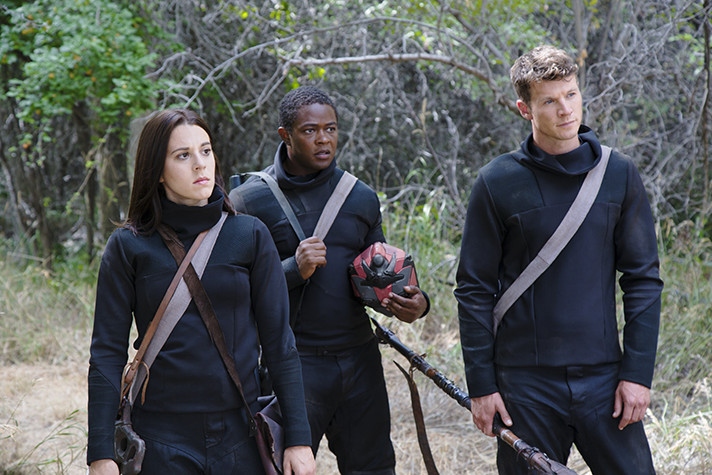 After receiving and evaluating the kit, I was able to pre-screen the pilot episode which is scheduled to air on BYUtv on October 1st. Through the use of flashbacks and some inter-character conversation, the pilot works to develop a backstory for the three main characters who have been reborn. Ezra, Abram and Feena are the focus of this rebirth. But the show isn’t just about them. They aren’t alone. 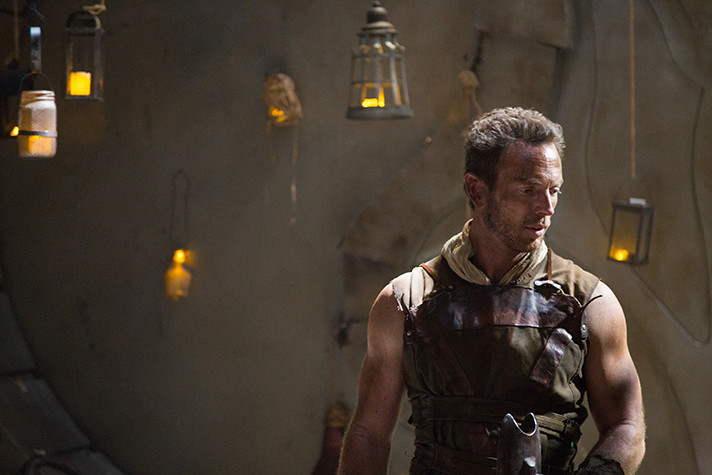 Aside from the drones (that sound exactly like the instructions in our teaser box) tasked with guiding them, these inhabitants are being watched by others. This is where I could see the similarities to Lost. We don’t know if these “others” are good or bad nor do we know anything about the colony the drones are leading them toward.

While watching, I discovered information that I hadn’t noticed before. Things I didn’t catch when reading about the inhabitants, evaluating the contents from the teaser box or watching any of the trailers. “You have been reconstituted at the prime of your lives. Your original genes have been altered to increase your chance of survival.” 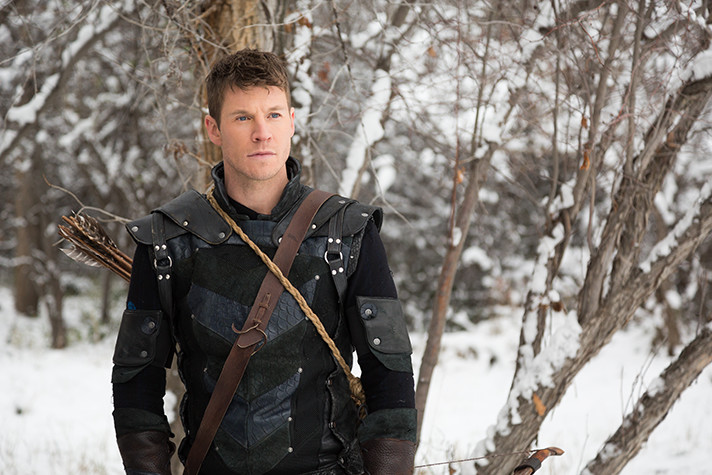 Yes, I knew they were reborn, but I didn’t realize they were not returning in the same state as when they left this world. They were brought back, but their genes were altered to increase their survival chances. I get that it would help address the natural human evolution that happens as the environment changes. But in this case there’s much more to it. Their physical lives are drastically different than the ones they left. Not only have their bodies been modified to adjust to the new environment, but they aren’t even the same age as when they died! If you check out the link that describes the inhabitants, it says right there the age they used to be… and I totally missed it until I watched the pilot.

This is one of the many ways that Extinct isn’t like every other science fiction show that has come before. I don’t want to give away too many details, but I can say I’ve already set up our DVR (DirecTV Channel 374) to record it in case we miss the premiere broadcast of Extinct. I encourage you to check out the series when it airs on October 1st. You’ll be able to view it on cable, DirecTV, Dish, stream live or on demand at BYUtv.org as well as access it via BYUtv App on iOS, Android, Apple TV, Roku, Amazon Fire TV, Xbox One and Windows. All kinds of options so no excuses for missing it!

In the meantime, visit the Extinct social channels (Facebook, Instagram, Twitter and YouTube) for more scoop about the show and the cast. You can also catch a newly released cover from Peter Hollens, Taylor Davis and Devin Super Tramp.

I suspect Extinct will be one of those shows that has us wanting to binge the next episode as soon as we finish one. You know why I feel this way? Because I’m already anxious to pick up where the pilot left me hanging…

What is your favorite science fiction TV series or movie?