If I asked you what one of the most anticipated days of the year is, what would be your answer? I know when I was a kid, Christmas or my birthday were the top two days I couldn’t wait for. Of course the last day of school also ranked way up there, as did Halloween. But how things have changed.

For the past couple of years, the summer has been marked by a new “holiday” of sorts, thanks to the marketing power of Amazon.com. Rivaling Black Friday, Amazon Prime Day will be all over the news for at least the next 24 hours as they feature an ever-growing list of hard-to-beat deals for those of us that have splurged on an Amazon Prime membership. And it really isn’t a splurge any longer – for $99/year not only do you get free 2-day shipping on anything with the Prime label, you also have access to movies, music and much more. You’re really behind the curve if you don’t have a membership.

It’ll take you nearly all day to peruse all of the savings being offered. Not only are there specials running in nearly every category, Prime Day also features discounts on many Amazon-exclusive services!

As a regular reader, you know we love trying out new toys and games. Over the past few years we’ve featured over 400 games and countless toys for you to consider for your family. So we’ve taken the time to find the best-of-the-best toy & game deals being offered this year during Amazon Prime Day so you don’t have to search! 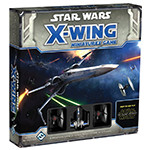 In a galaxy far, far away, powerful starfighters clash in fierce space battles as brave Resistance pilots pit their skill against the dark might of the First Order.

Control the most advanced starfighters and ace pilots in the galaxy! In X-Wing, you take the role of squad leader and command a group of merciless First Order or daring Resistance pilots in furious ship-to-ship space combat. Featuring stunningly detailed and painted miniatures, X-Wing immerses you in a galaxy full of exciting Star Wars space combat. Enjoy dogfights between X-wings and TIEs, or recreate large conflicts where multiple squadrons clash. 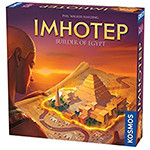 Imhotep. The legendary architect of the Egyptian monuments. His awe-inspiring structures and brutal tactics earned him divine status among ancient Egyptians. Can you match his ruthless determination to build the most revered monuments? To do this, you will need to transport stone blocks on ships from your quarry to different construction sites. But you alone do not choose where the ships go. Your opponents have monumental plans of their own and want to prevent your success. A fierce competition for the precious stone resources plays out. Only with the right strategy and a little luck can you succeed. In Imhotep, the players take on the roles of ancient Egyptian architects. Over six rounds, they try to transport their stone blocks to end up in the most valuable positions at five construction sites: pyramid, obelisk, chamber tomb, temple, and market. But a player can only choose one of three actions in a turn: excavate a new stone block from the quarry, load a block onto a ship, or move a ship to a construction site. From there, the massive stone blocks must be unloaded in order from bow to stern and placed on the sites in preset sequences. Depending on where the blocks end up, players earn different point values either immediately or at the end of the game. In each turn, you must weigh your options for getting your own stones into place and thwarting your opponents’ placement plans. You must get your blocks to the right places, in the right order, at the right time to be the greatest architect.

Feisty Pets are the latest line of fun and innovative toys from the creative minds at William Mark corporation- the creators of air swimmers! Feisty pets are a line of plush animals with “stuffed attitude”! Each pet changes expression from cute to ‘feisty’ when you gently squeeze it behind the ears. No batteries or extras necessary. Captivate and entertain any audience, young or old with these unique and animated animals! They’re great to cuddle and play with, but are also perfect for a hilarious and innocent prank on friends and family! Collect each charismatic character- dog, cat, monkey and bear. 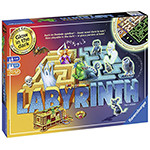 Fans of Ravensburger’s classic Labyrinth game will love this special 30th anniversary edition of Labyrinth featuring two versions of game play. One is the classic which plays like the regular Labyrinth. The other, due to a coat with a special high quality glow in the dark color can be played in complete darkness. A truly fascinating and unique board game experience for the whole family! The basic rules are the same as in Ravensburger’s classic Labyrinth game. You are looking for mysterious objects and creatures in an enchanted maze. To collect a treasure, players need to create an unobstructed path to the object they are looking for. Taking turns players insert the extra tile anywhere on the side of the game board where there is a yellow arrow. Once inserted that tile will push another tile out at the opposing side of the board. Watch out! Your opponents will try and “throw you off” your path. A constantly changing board is Labyrinth’s most unique feature. Winner is who first finds all his treasures and returns his mover back to its starting position. But wait, the glow in the dark feature makes this game even more interesting. Close the shades, turn off the lights! You need a dark room for this. Once the lights are off, all the walls of the labyrinth, the movers, the treasures and their corresponding cards start glowing in the dark. A truly unique twist on the classic version of Labyrinth. 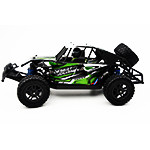 WHO WANTS SOME?! The Koprulu Sector is being ravaged by war. You must stand against your enemies as one of the three powerful races. Will you choose the advanced and mysterious Protoss, the rugged and tenacious Terran, or lead the ravenous Zerg swarm? No matter which race you choose, you will fight for your very survival. The war for galactic supremacy begins NOW! Includes 4 ways to play; Basic Training – quick and easy, Command Room – fast-paced and strategic, Total Domination – updated versions of the classic game, Team Play – take on your opponents in 2 v 2 and 3 v 3 game-modes. Game comes complete with 333 game pieces. Custom components include 2 Terran Armies, 2 Protoss Armies, 2 Zerg Armies, 6 Leaders, 6 Custom Bases, 15 Custom Mineral Fields, 42 Faction/Territory Cards, Custom Game Board, and 7 dice.

Doug the Pug “You Can’t See Me” Plush 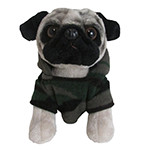 Doug the Pug You can’t See Me: “Want to pug & chill tonight?” This adorable Doug the Pug plush makes the perfect snuggle buddy with his camo hoodie. Grab the popcorn and watch a movie or simply chill with the incognito Doug the Pug!. 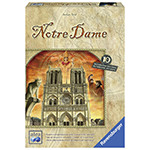 In Notre Dame, players take on the roles of the heads of influential families in Paris at the end of the 14th century. Players compete for prosperity and reputation in the shadow of the Notre Dame cathedral. Each family controls one of the 3–5 boroughs that surround the site of Notre Dame. As head of their family, each player tries — through clever use of their action cards — to advance the power and prestige of their family, but penalties are assessed on those who do not take care of the health of the people who live in their borough. The player with the most prestige at the end wins. The “new person I & II” expansions allow for more variety during gameplay since these characters make different actions available to the players. Alea game spine number 11. 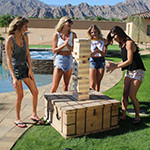 Toppling Tower is a fun game in itself, but we at GoSports wanted to make it even better, so we included optional bonus rules. For our set, we printed numbers on the bottom of half of the blocks. When you are pulling blocks out, the numbers are face down and not visible. When a numbered block is pulled, the player must follow the rule associated with that number. We included a fun starter set of rules, but players can also make up their own rules using the included white board. The white board also allows you to change the rules depending on who is playing (adults vs kids, etc). Give the bonus rules a try and you will have a blast!

After you check out these top ten deals in the Toys & Games category, spend some time browsing the more than 350,000 additional items on special sale during Amazon Prime Day! Let us know if you find any extraordinary deals in the comments below!