It was a time of calculator watches and pre-internet personal computers. Ah, the 80’s – there will never be a greater decade. Ironic that during a time of transition from board games to computer games, companies like Pressman were still cranking out new titles. Our latest Thrift Treasure was released one time only, and smack dab in the middle of the decade (1986). While it doesn’t hold a candle to today’s games, it still provides some simple and quick strategy game play at a Goodwill cost of only $1.88!

Clash tried to capitalize on the technology growth of digital electronics by applying an LCD typeface to the numbers. And while it helps date the game to a specific era, it doesn’t play into the mechanics at all.

But that’s fine, because Clash isn’t meant to be a deep thinker. It stands on its own as a quick (15 minutes) abstract strategy game that can be played by all ages. 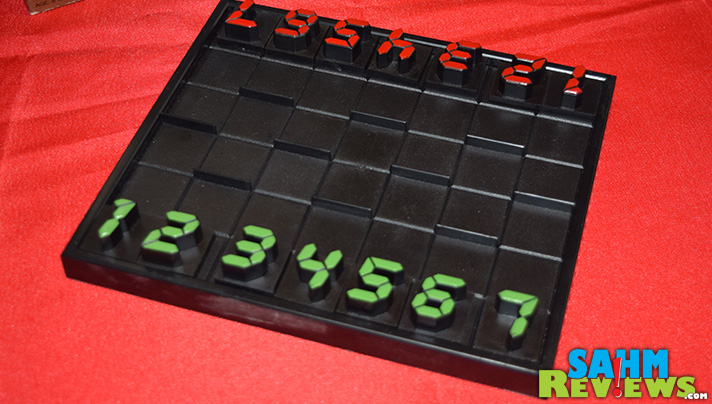 Each player begins with their seven pieces numbered 1-7 in order on their side of the board. The main objective is to get all of your pieces onto the other side before your opponent does the same. 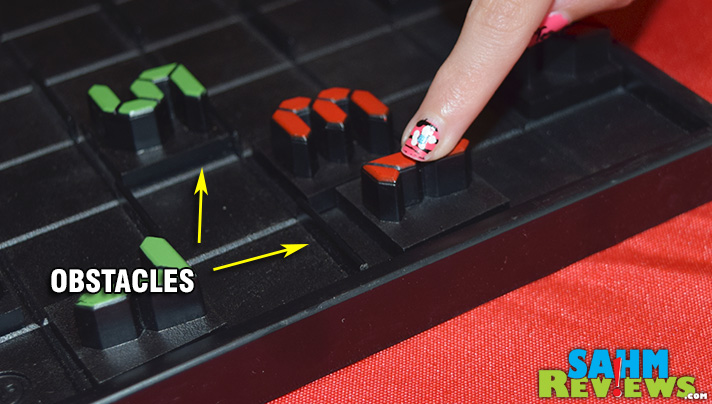 Each piece can move in any direction (except diagonally) for any number of spaces until it runs into another piece or one of the many blockades cast into the board. 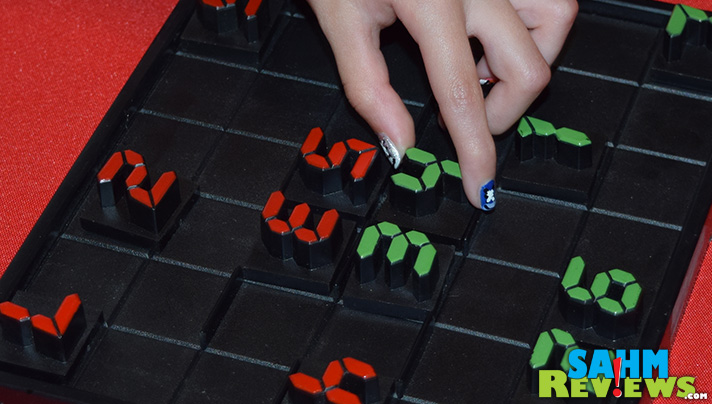 At some point four pieces will land in a square formation, and this is when a “Clash” occurs! Each player sums up the total of their pieces involved in the Clash with the highest being the winner. The winner then gets to move one of the other’s pieces (from the Clash) to anywhere on the board and move one of their own pieces (also involved in the clash) into the vacated spot. While the rules never clarified, we assumed that if it were a tie, nothing happens. 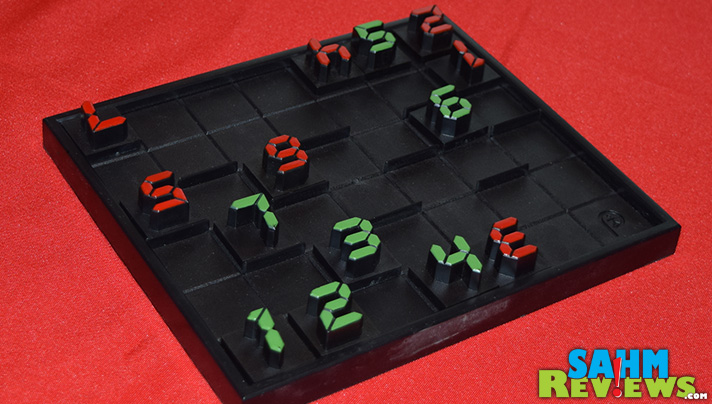 Players take turns moving and resolving clashes until one player either gets all of their pieces to the other side OR someone is able to ‘capture’ the other’s “7” piece in a clash. If you lose a clash where your seven is involved, you automatically lose the game. So while it is the most powerful piece number-wise, it is also vulnerable overall as it could cause you to lose the game.

As I previously mentioned, Pressman only issued this game one time in 1986 and it hasn’t been remade since. You can find copies for sale regularly on eBay, but your best bet is to keep your eyes open at your local thrift store or yard sale. For a buck or two it will provide a few hours of enjoyment – a much better value than other options!