When I was little I would go to my grandma’s house and play in her playroom with toys that she had kept from when her kids were little…toys that were my mother’s toys. Funny thing is that my mother kept some of them and now has them in her home that MY kids play with…3 generations of kids who played with the same toys. The funniest part is that these toys could have very well been my grandmother’s when she was little and this could be the fourth generation. What kind of toy has been around for 100 years (this year!!) and is as fun and relevant in today’s technological world as it was in 1914 – the year that World War 1 started?? TinkerToy!

My kids love to build. And my guess is that with the popularity of Legos many other kids enjoy this too. My kids have been Lego collectors since they were little…and they still are. Each new set collected and built and played with and enjoyed. Usually it is a specific set, with specific instructions to be set up in a specific way. Now, I know they can be used in other ways…but usually they are not. 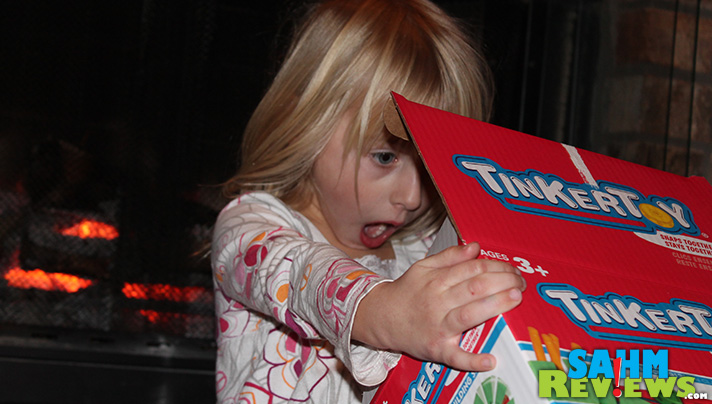 We recently received a box of new TinkerToy. I don’t know when they started using the plastic tinker toys….tried to look it up but I couldn’t find the year they were introduced. I had only been aware of the wood ones until I saw that box… Although I don’t think I have ever actually looked. They could have been around since my kids were little or just introduced this year! 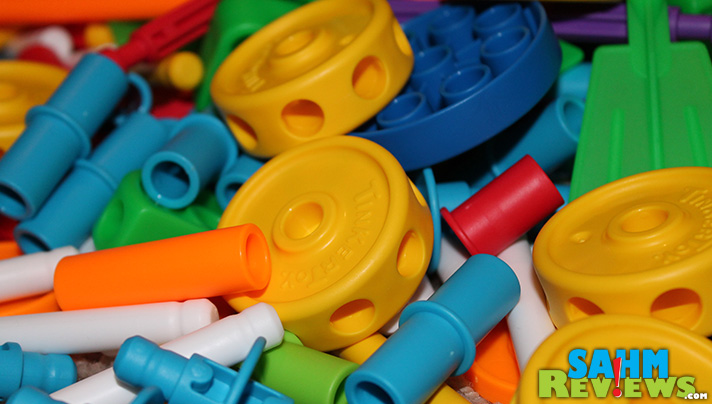 My kids LOVE them. I have kept them in the main room of the house, next to the fireplace and the Christmas tree. Just picture all the kids building with TinkerToy parts by the fire, as the Christmas lights twinkle in the background. It is sort of as Norman-Rockwell/classic-Americana as you can get. 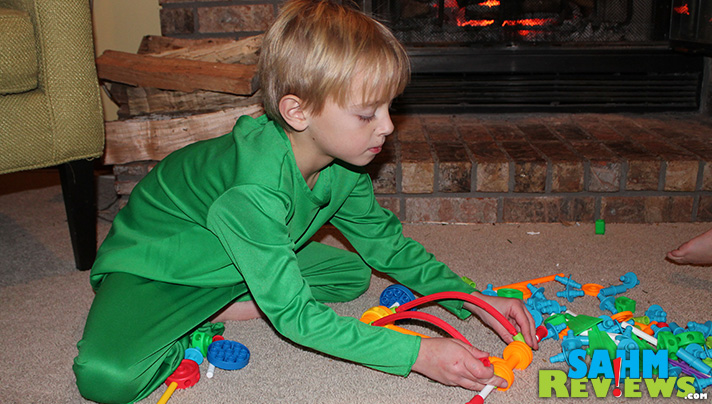 And while all that is just lovely, I have noticed something that I am really enjoying. The children have been able to play with this set CREATIVELY. The set (200 pieces) comes with instructions on how to connect the pieces and actually shows pictures of some things that they can create but it does not lay out specific exacting directions. So at first, my kids did build the pictured sets but they had to do it by themselves. Trial and error using some spatial abilities and some common sense based on what they could see in the pictures. 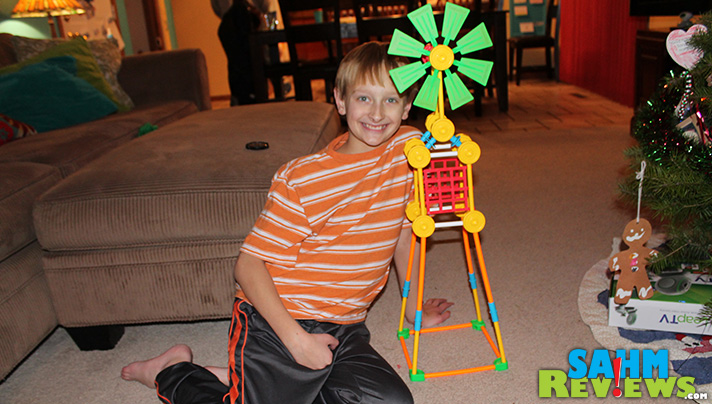 Then they started to be creative. They made their own designs. They used their imaginations and the circles and sticks became dogs, and stars, and swords, and guns (of course). They built things and then added more or decided to change it around altogether and with no directions and no one telling them how to do it. They could do it just the way they wanted to! The only problem with the set was that I didn’t have more of them. 🙂 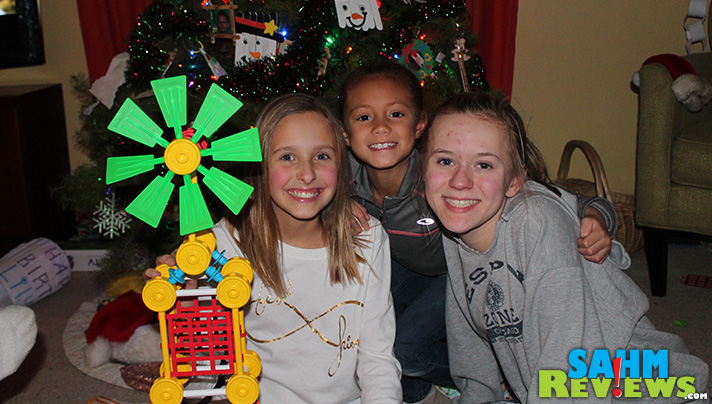 Just to be clear on the creativity – and the funny sense of humor of my kiddos. The plastic pieces are somewhat bendable so I asked them if they could make a bow and arrow. This is what I got: a “bow” and an arrow. 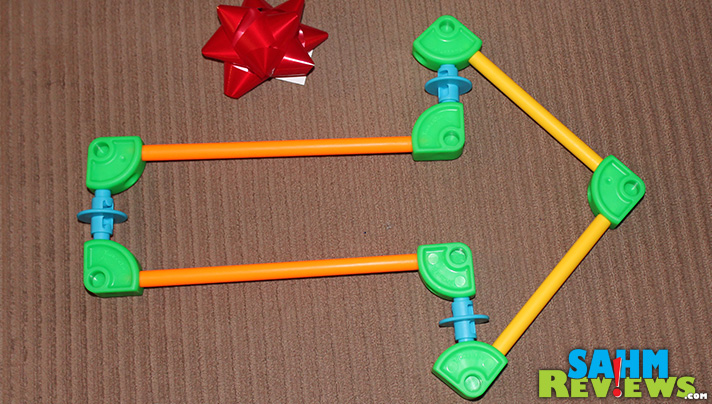 My six year old was building with me tonight. He looked at me and told me “I am having fun because it is fun to build fun things with these fun toys.” I think when a 6 year old uses the word fun 4 times in one sentence – well, I am not sure there is a better endorsement!

What toys did you play with that your children enjoy as well?

22 thoughts on “Tinkering with Creativity”