Know what I’m doing right now? Typing my blog post on my iPad. Before that, I was playing a game on it and before that I entered something in my nutrition tracking app. A little while ago, I was wondering how much a video game was worth so I looked it up on eBay. After my laptop got fried, DH decided to get me an iPad… I figured I would use it here or there. I had no idea I would use it as much as I do.

I also didn’t realize how much my kids would use it. Okay, so I don’t discourage it. I download apps for them all the time. Aside from just games of nonsense, sometimes I find them educational apps that teach math, geography or spelling. But they also enjoy pottery wheels, drawing and coloring. 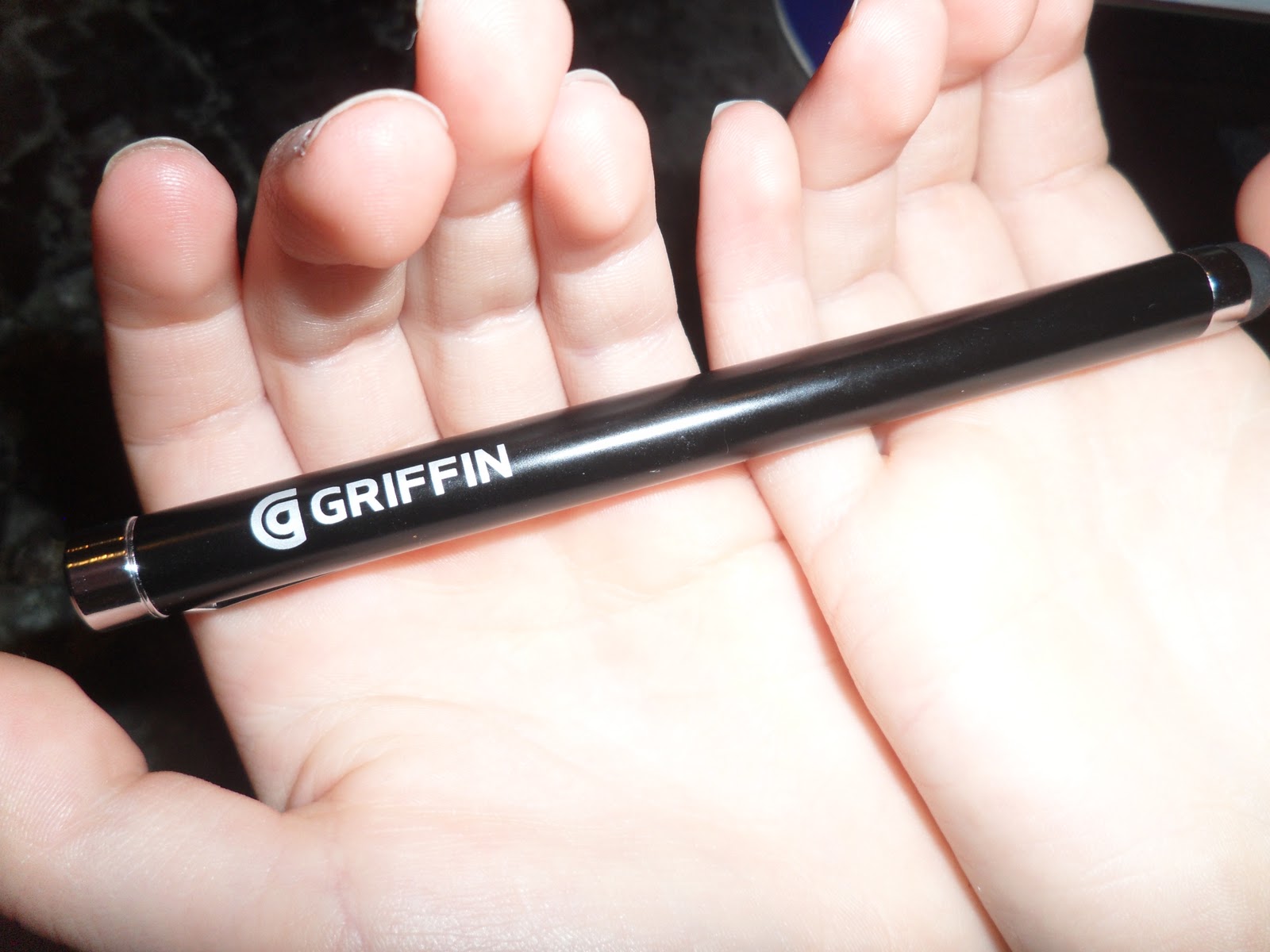 Yes, coloring. You’re never too old to color. NEVER. I love to color except for the fact that every time I start a picture, Miss K insists that she needs to finish it.  We have tons of coloring books in the playroom but supplement that with coloring pages that we print from the internet as well as drawing and coloring apps on the iPad.  DH even purchased a Griffin iPad pen for me to use (which the kids kept taking to use for the drawing apps).

Then along comes MyBlogSpark telling me all about the Crayola ColorStudio HD with an iMarker digital stylus.  Incidentally, the product is made by Griffin also!  It arrived and I have to say that it is absolutely cool.  I downloaded the app (which can be used with or without the stylus but is definitely a better experience WITH it) and started through the tutorial.  The stylus is shaped like a Crayola marker but the app simulates coloring using crayons, markers, colored pencils and more. 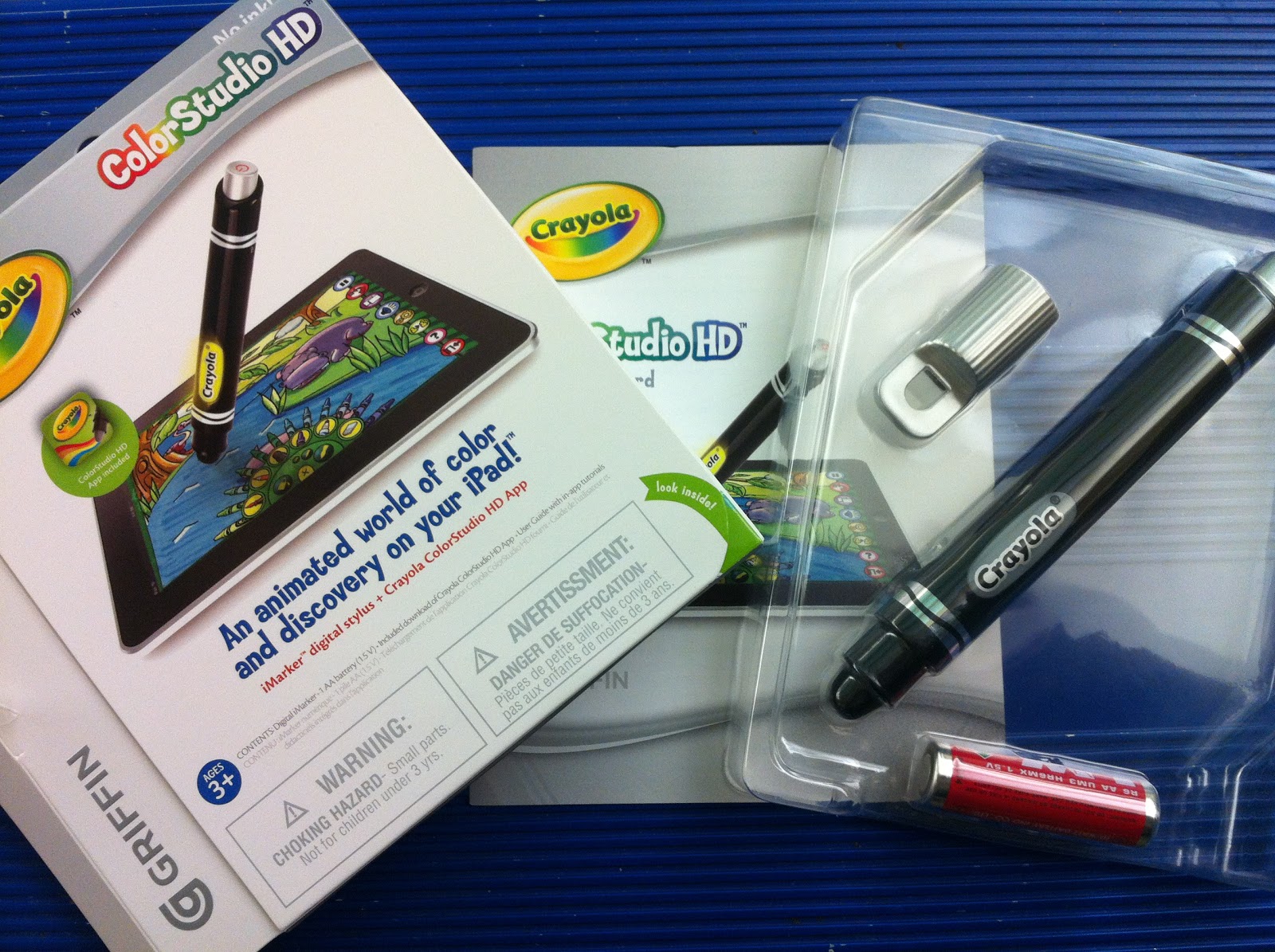 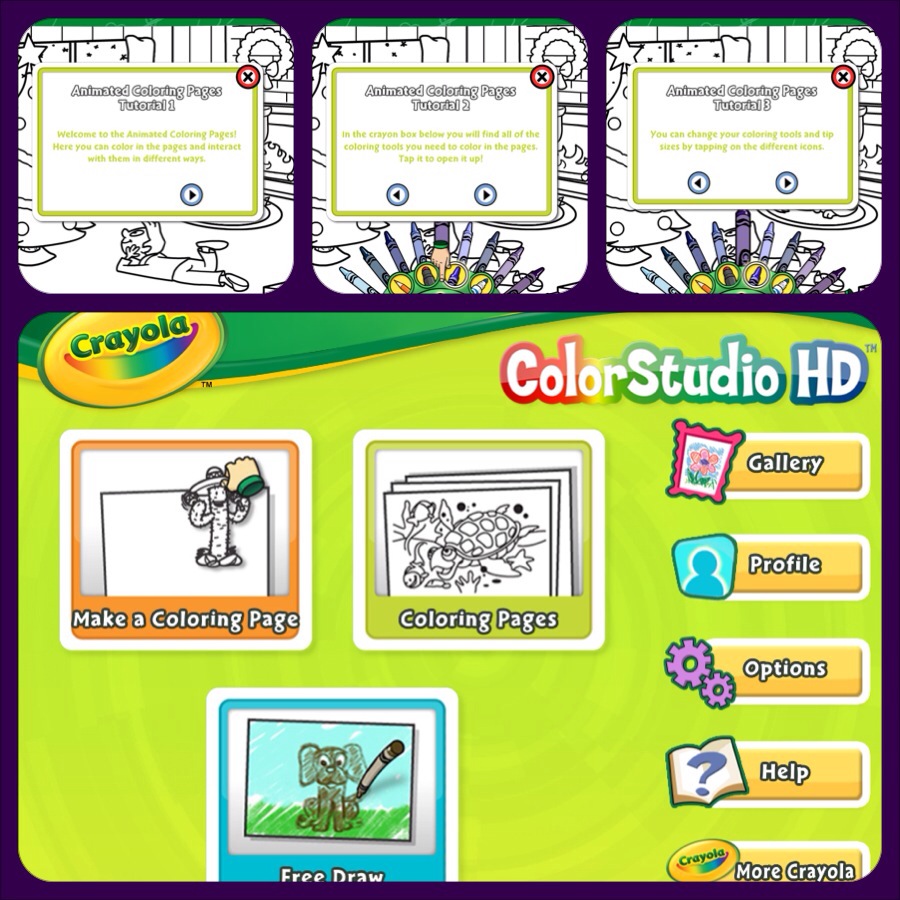 Because I was trying to do a review of the product, I set myself down to test it out.  I pulled up a Christmas scene and started at it. It was therapeutic at a time when I definitely needed it.  The app isn’t just a bunch of pages to color/erase/start over.  They’re animated.  I was coloring a fire and the fire kept moving.  As I finished coloring an empty stocking, it magically transformed and now contained presents.  Then you know what happened?  Someone… who shall remain nameless… insisted she take over my project.  I wasn’t too thrilled with that because I was having a lot of fun.

Well, she took it over and much to my surprise, Miss M – who doesn’t usually have an interest in coloring – decided SHE wanted to color.  We downloaded the Crayola ColorStudio HD on the original iPad and encouraged both the girls to take turns.  It has an option to color using your finger.  We tried using the original Griffin stylus and that didn’t seem to work except in finger mode. 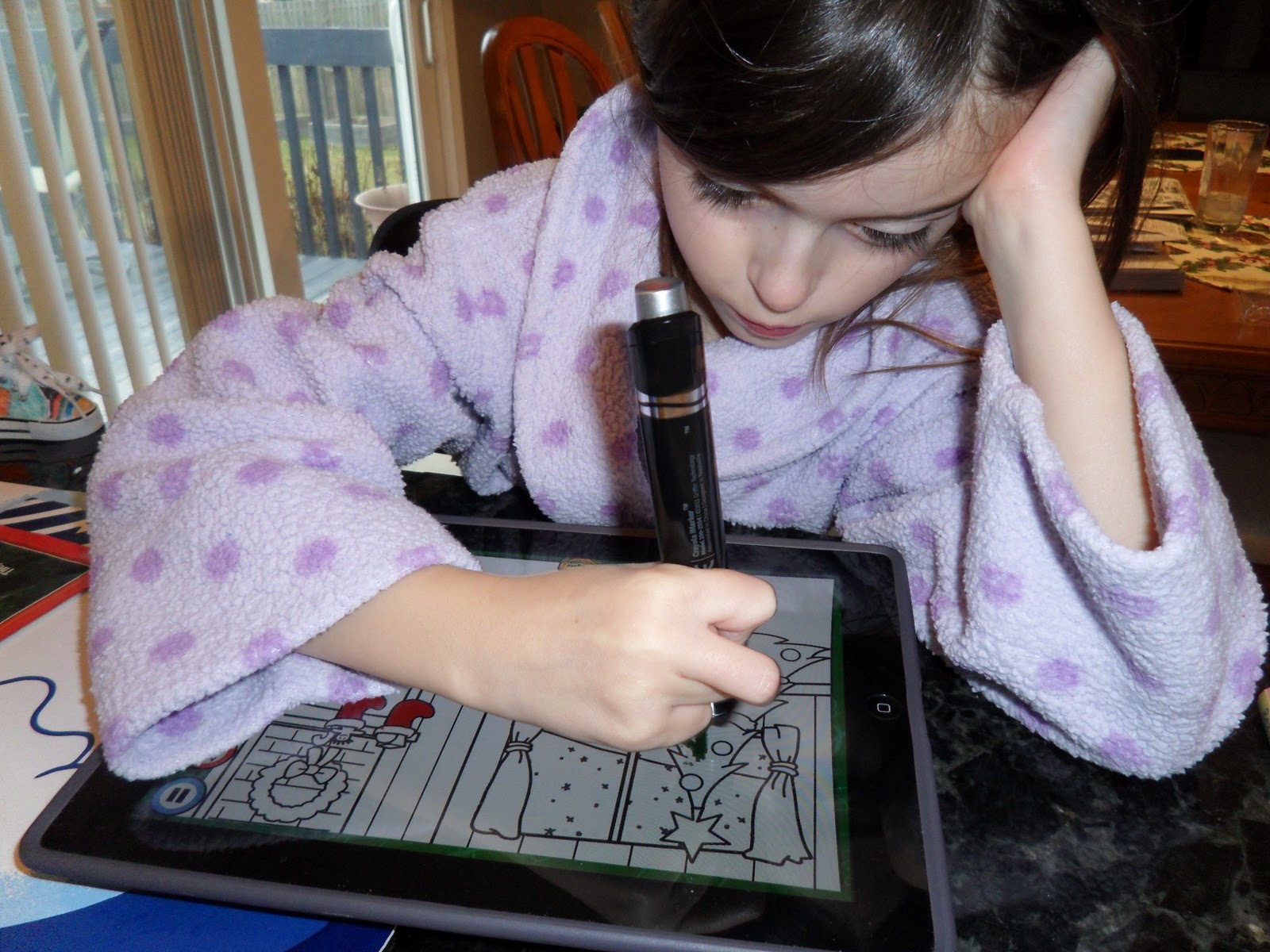 There’s also a free draw section that I briefly played with.  Because the app has so many different color and pencil options, the only limit is your imagination! 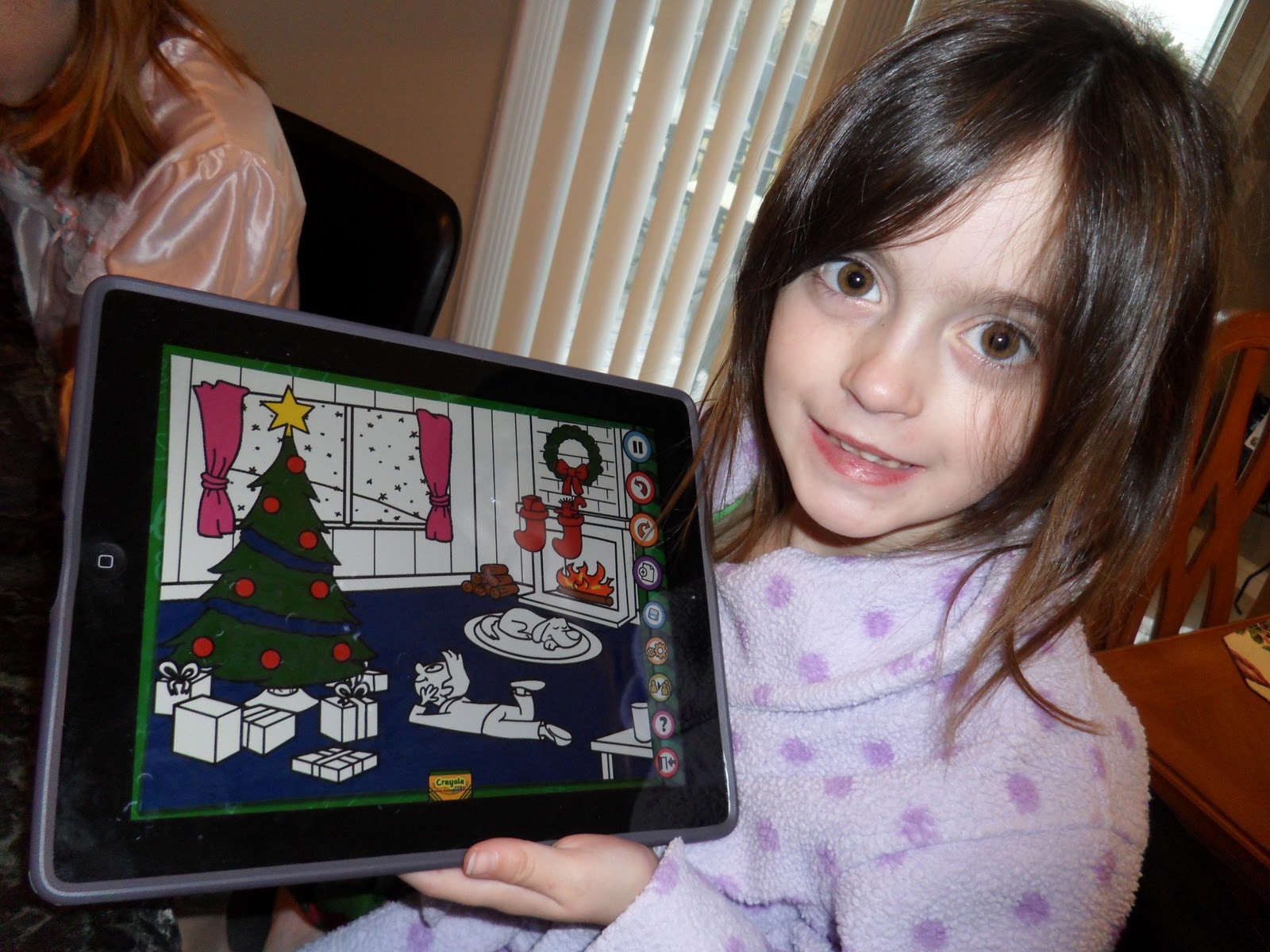 My only beef with this Crayola is that it is battery operated and needs to be turned on/off. The second time I went to color, I couldn’t figure out why it wasn’t working. Felt pretty stupid when, after checking to make sure it wasn’t in finger-touch coloring mode, that I had simply forgotten to turn it on.  Neither the instructions nor the packaging indicated if the stylus had an automatic off when left alone for a while but thankfully, it uses a one simple AA battery.

No iPad?  No fear!  Crayola also has a line of Story Studio products.  It’s an online program that lets you create your own coloring book, comic book or digital picture book… starring you.  Using a photo of yourself (or your child), bring yourself to life digitally!  It’s a great way to encourage your kids’ imagination and story-telling abilities. 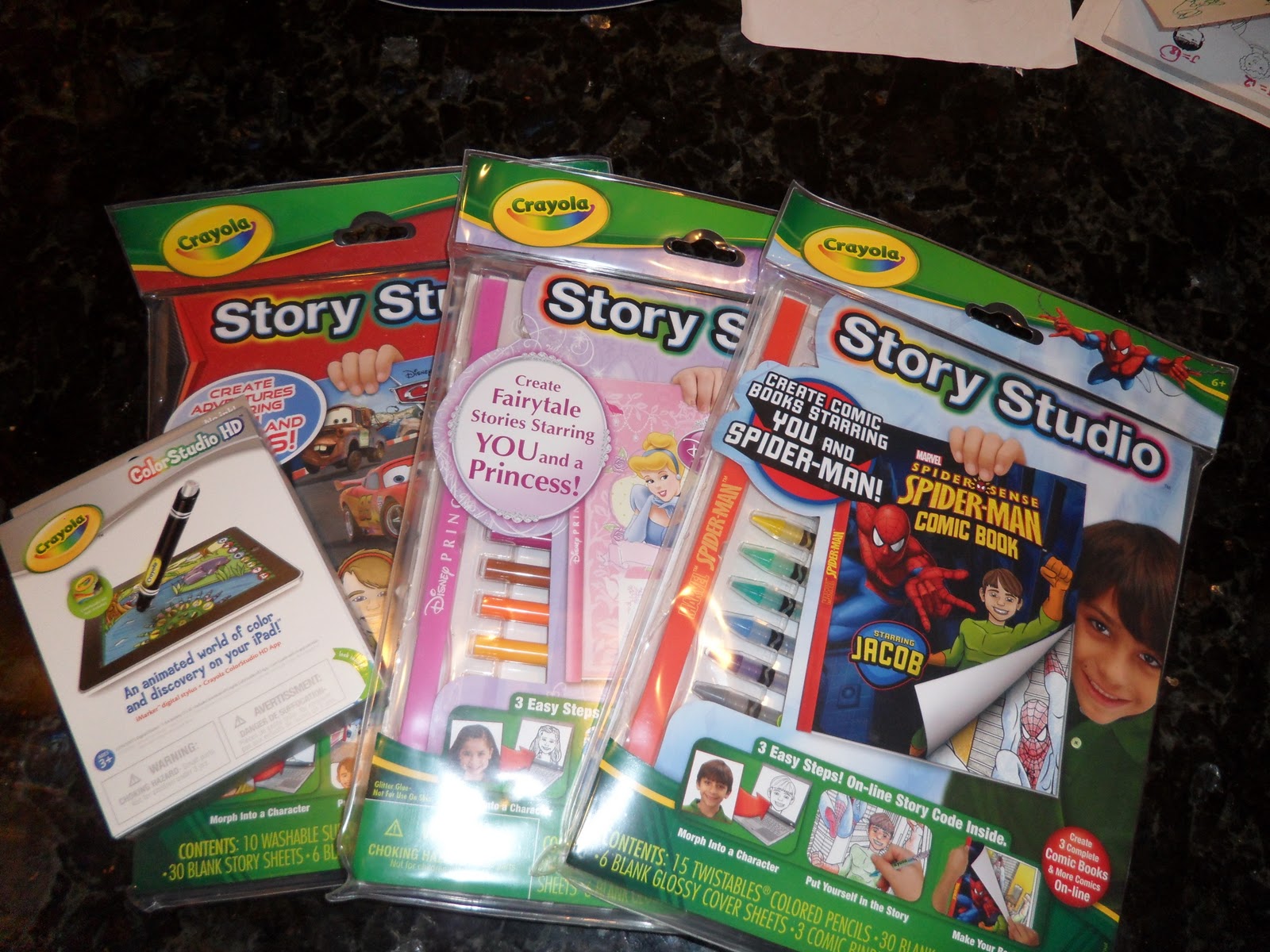 I’m excited to say that MyBlogSpark has given me an extra packge to give to one of my lucky readers.  Enter the contest by leaving a comment on the post then filling out the Rafflecopter entry form.  I’ll leave the contest open until Tuesday.  If you think this is a great gift idea, I’ve found these at retail stores, including places like CVS.  Otherwise, if your child is looking for ways to spend gift cards they receive as gifts, this is a great choice… If you don’t mind sharing your iPad.

5 thoughts on “You are Never too Old to Color”