Earlier this year, I shared an article on teaching teens to tip. It’s such an important life lesson, and also an opportunity to talk about how jobs aren’t as easy as they may seem. Now that the girls are old enough to have jobs along with many friends who work, they hear the hardships that come with dealing with customers in a variety of settings. I think it’s really opened their eyes to being compassionate consumers. 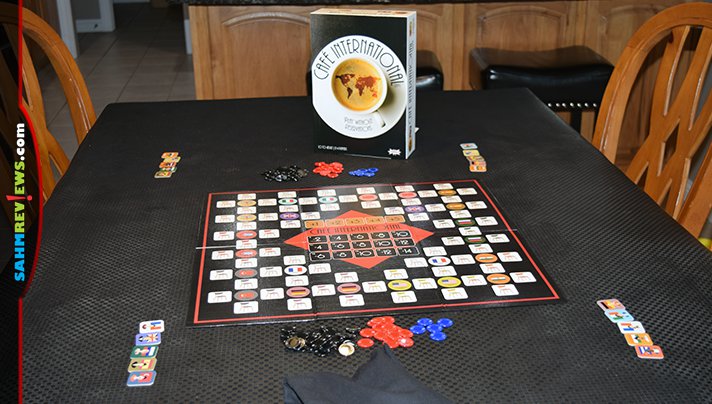 I was reminded of this idea when playing Cafe International from Amigo. In this game, you’re attempting to seat international diners at tables throughout the restaurant. But people will want to dine with those whom they can communicate so you can’t just sit patrons anywhere. The first thing you need to do is get the dining area prepared. Begin by placing the board in the center of the game table. The guest tokens are stored in the token pouch so all you need to do is make sure they’re mixed well. Draw five pieces from the bag and place them face-up on the table in front of you then have every other player do the same. Scoring tokens go alongside the board to form a general supply. You’re ready to start working as a host at Cafe International! 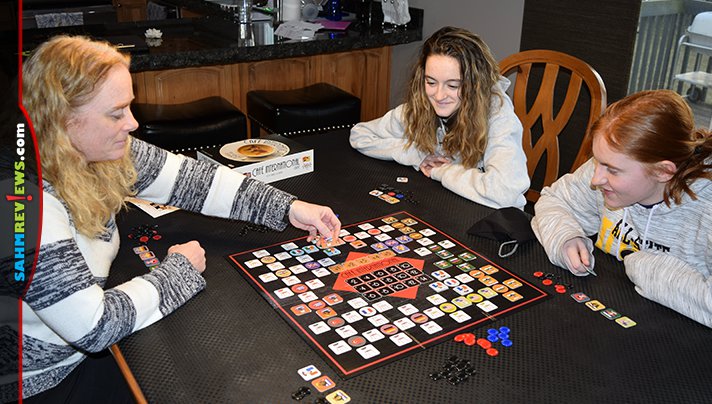 On your turn, you’ll take one of three actions then play passes to the left. Your action options are to 1) select one or two tokens and place them in seats, 2) place one of your dining tokens at the bar in the center of the dining area or 3) exchange one multinational token. You may only complete one of these options, even if you have the ability to do more! 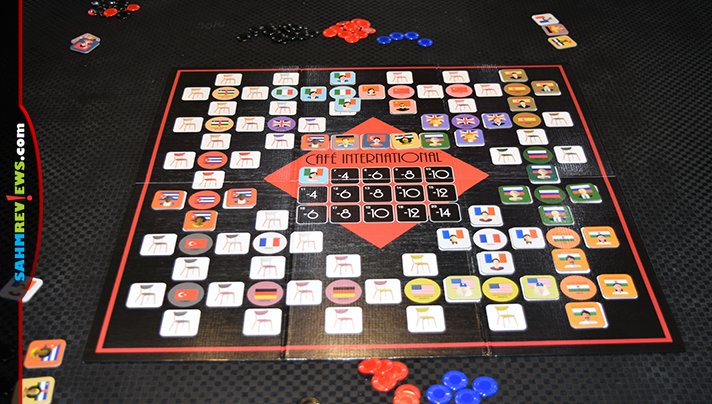 As I said before, there are rules to who gets to sit where. You’ll notice that the board has tables marked for who is expected to sit in which seats. You can only seat people at a table reserved for their country. Multinational patrons may be seated at any table. In addition, once someone sits down, nobody else may be seated until someone of the opposite gender joins the party. With a few exceptions for alternate scoring, you’ll end up with two women and two men at each table. If you don’t have a legal move or prefer not to use your current tiles, you may place someone at the bar. 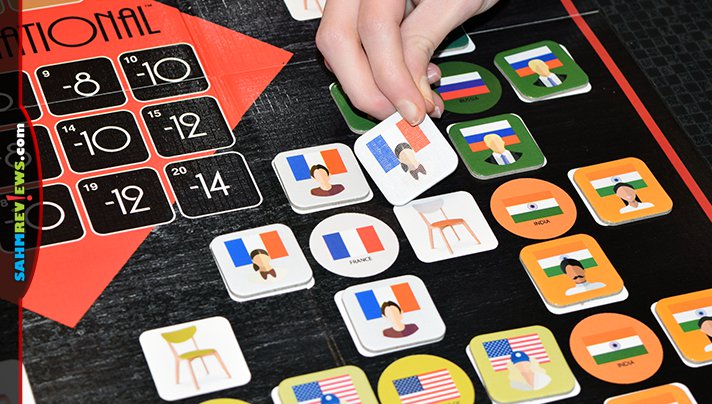 Of course, the place is pretty crowded and there’s only room to fit so many chairs. As a result, some chairs are in-between two tables and will only be available to one of the groups. It’s a first-come, first-served basis in this case! You’ll still need to meet the requirements of the table, but at least you have options! 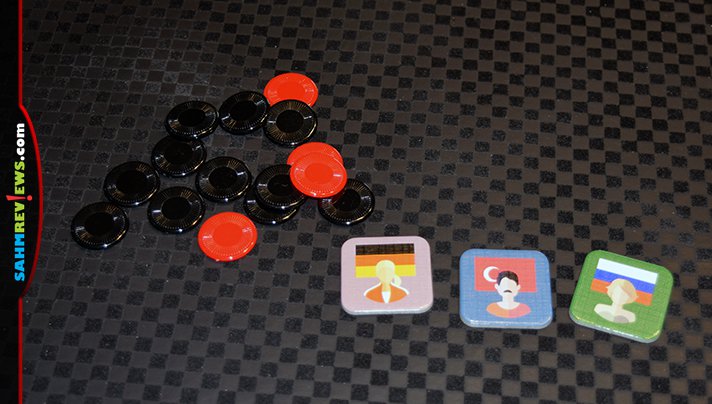 Each time you seat someone at the table, you’ll collect scoring tokens based on how well you followed the guidelines. Place one person and you’ll earn one chip. The second person seated at the table earns either two or four points depending on whether they’re from the same country or not. Scoring increases based on how many people are already at the table and in the cases of a shared seat, you’ll score BOTH tables! If you’re unable to place a person at one of the tables, you may opt to seat them at the bar and earn (or lose) points according as noted on their seats. Once you have seated people at a table or the bar, draw new tiles from the bag corresponding to the number of people you placed. If you place the last diner at a table with their comrades (everyone is from the same country), you may opt to draw one less token. 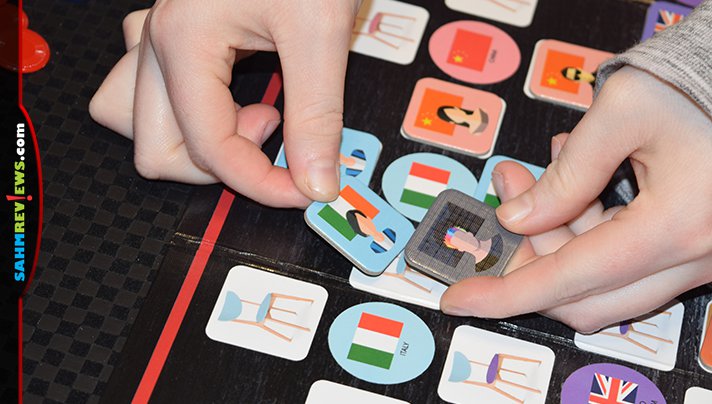 The final option is to swap out a nation-specific patron with a multinational who is seated with their group. Yes, that’s pretty cheesy if they’ve already started eating, but nobody said this gig was a piece of cake! Play will continue until all the seats at the table are filled, all bar stools have been claimed, there are only three tokens remaining in the bag or a player is out of diner tokens and isn’t required to take any more. After the game has ended, tally all your scoring chips then deduct a penalty for any diners whom you’ve failed to find a seat for. The player with the most points wins Cafe International!

Get ready for your next career by placing an order for Cafe International on Amazon or at your local game retailer. Visit Amigo’s website to see what else is on their game menu. Find out what they’re serving up to patrons by following along with them on Facebook and Twitter.

Do you prefer a table, a booth or a bar stool when you dine out?