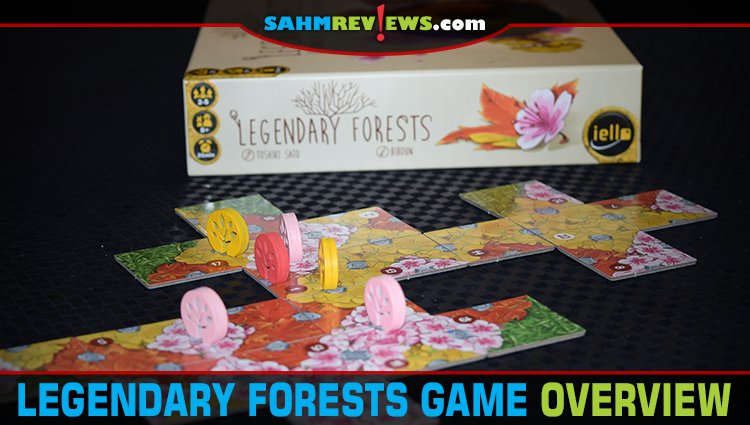 We might have gotten a little ahead of ourselves when we published our list of board games all about trees in May. We should have expected there to be more titles issued with timber as a theme. What we didn’t expect is how quickly they would come to market and be completely different from anything else we’ve played. That’s the case with today’s feature, Legendary Forests by iello, and another we’ll be talking about in a couple days.

Legendary Forests is a reissue of a Japanese game originally called “8bit Mockup”. The original appears to be a semi-tribute to the current fad of block-styled video games like Minecraft where you’re world-building from a birds-eye viewpoint using zones of different colors and blocks to represent points. Legendary Forests tones down the theme into one of creating a world of beautiful forests of differing tree species. It’s a design that should not age and will be as relevant decades from now as it is today. 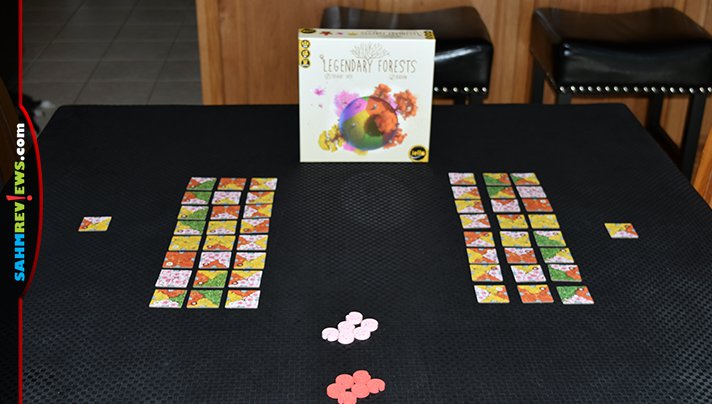 Supporting up to five players, each person begins the game will a full set of twenty-five colored tiles. One player is chosen as the Architect, who randomly discards five of their tiles from their set and puts the rest into a stack in front of them. All players begin the game with the number “1” tile laid face-up in front of them as a starting point for their forest, and the rest of the non-Architect players will put their tiles face-up off to the side and arranged in order to make finding them easier. Two Tree Tokens of each color times the number of players are selected and placed into the middle of the play area. The Construction Token is also given to the Architect to start the game. 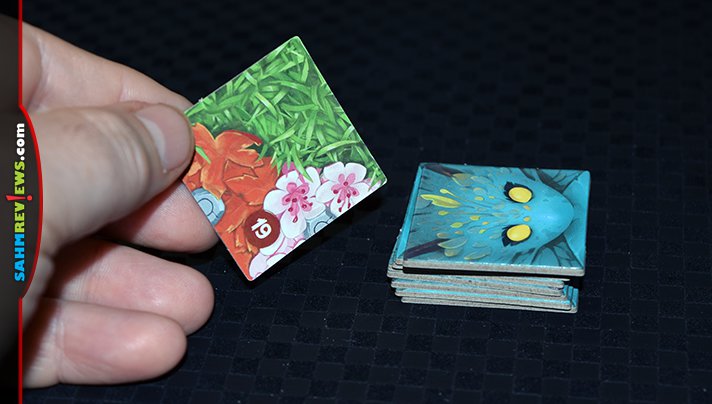 Legendary Forests is played over a number of turns with four phases, but as you’ll see they move very quickly. First, the Architect draws the top tile from their stack and announces the number printed on its face. All other players then search their reserve to find the same numbered tile. At the same time, all players place this newly-drawn tile into their forest following a few rules. 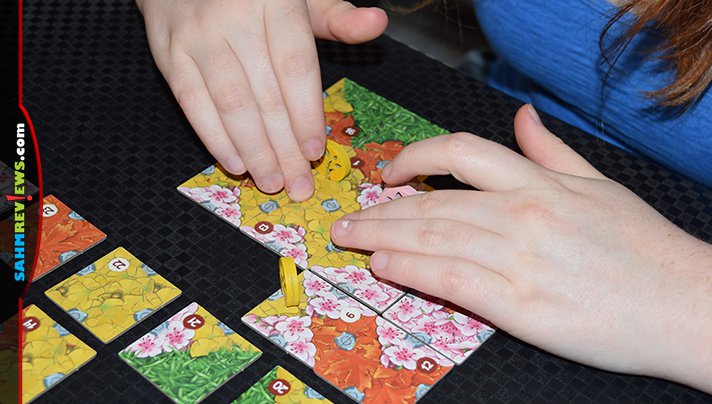 At least one side of the new tile must touch a side of a tile that is already part of your planet. All touching sides must also match the tree type on the adjacent tile. The new tile may be rotated as the player sees fit, but once placed, cannot be moved or removed. If a player cannot legally place their tile, it is put back into the box. But if there is a legal place to play it, it must be placed there, even if the player prefers not to.

Each tile also has a half-rune on each side helping to show whether a particular area of tree type is closed off or not. Closed areas with only full-runes will score more than those that are still open. Neither will score if an appropriate Tree Token isn’t placed in the area! This happens when a tile is drawn that has a white background behind the number.

After all players have placed this new tile, in clockwise order beginning with the person holding the Construction Token, each player selects a Tree Token from the center of the play area and places it on a region of their forest matching the color of the token they selected. If a color of tree is no longer available from the supply, it cannot be selected. Additionally, one tree covers the entire species region – but you might still want to place a second tree in the same region just to prevent another player from having that color. Lastly, the Construction token passes to the next player on the left. 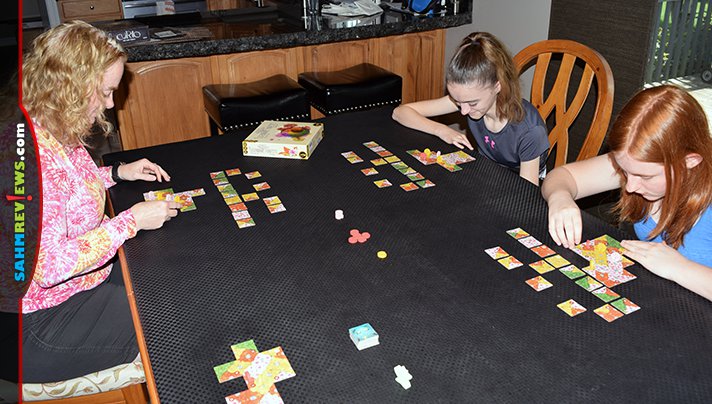 If there are still tiles left in the Architect’s pile, a new one is drawn and another turn is resolved. A game of Legendary Forests ends as soon as all players have placed their 19th tile (when the Architect runs out of tiles) and scoring commences. You only receive points from Tree Tokens and their value depends upon the type of area in which they lie. If the Tree Token is in a closed zone, each full-rune is worth two points. If the zone is still open and incomplete, each full-rune is worth one point. No points are awarded for half-runes nor full-runes in zones without a Tree Token. The person with the highest overall point total wins!

Legendary Forests is a quick (under 20 minutes) tile-laying game that is much better with this theme than the Japanese version. While the box recommends the game for ages 8+, we feel that even younger kids can enjoy a round or two as long as an adult is present to explain the rules. You’ll find very affordable copies on Amazon as well as at your favorite local game store. If you’re a fan of the Carcassonne series, this is a perfect intro-level game for the kids as you work them up to more difficult titles!

Take a couple moments to check out all the other amazing titles from iello and follow them on Facebook or Twitter to thank them for donating an additional copy of Legendary Forests to give away to one lucky reader! Use the entry form below and don’t forget to come back each day for additional entry opportunities!