We live in a wonderful time for board and card games. Publishers are packing more value into the box and are always offering new mechanics and components never seen before.  Gone are the days where every title on the shelf consisted of a board, some dice and paper money. Now we’re fortunate to have, by some estimates, over 5,000 new games come to market every year!

All of these games are fighting for the money in your wallet – we don’t magically have more money in which to buy them all! Many times we’ve found ourselves choosing between one $60 game or a few in the under-$20 category. We’ve always supplemented our collection with great games found at thrift stores, but we’re not so naive to think we’ll come across a copy of every game we wish to own. Sometimes we need to grab them up at retail so we don’t miss out!

Fortunately there are a lot of games on our wish list that are almost as affordable as paying a few bucks at a Goodwill. A good place to start looking is our annual gift guide for stocking stuffers. We pay particular attention to games and toys that are under $10, small and pack a powerful punch for your hard-earned money. Case in point – Blob Lobber by Steve Jackson Games. At under $7 you won’t go wrong picking this one up for a holiday gift, a birthday or just something to play with the kids on a snow day! 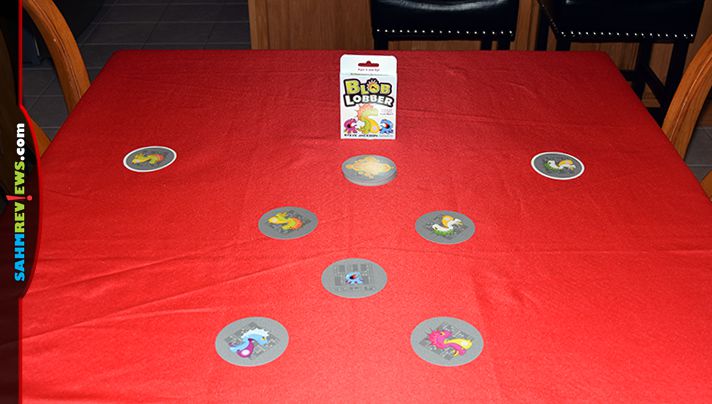 It also helps that Blob Lobber is very easy to teach and to play. Supporting up to four players and recommended for ages 6+ (we actually feel younger children can enjoy the game too as long as an older sibling is present to explain the rules), Blob Lobber is a dexterity game about “bombing” blobs by lobbing bombs (say that three times fast!). 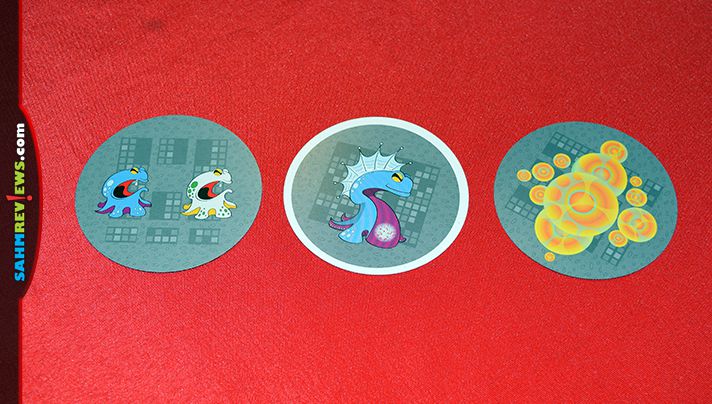 Included in the box are 33 round playing cards. Each player takes one of the four player cards, denoted by a white border. The four matching Queens are placed in a square around a randomly drawn Lesser Blob from the rest of the cards. Each remaining card depicts a number of colored blobs or a dreaded “Toxic Blob”. More on that guy in a minute. 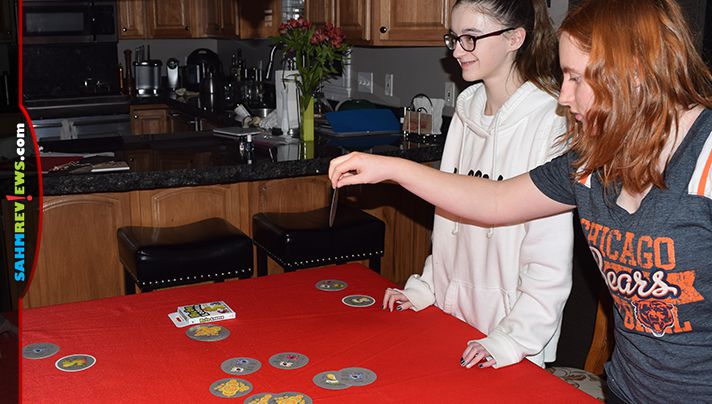 Any blob on the board that matches your color is a friendly blob, so you don’t want to hurt him. All the others are your enemies, and yes, you want to bomb them. On each player’s turn they will draw the top card from the deck and hold it at least 12 inches above the other cards on the table. 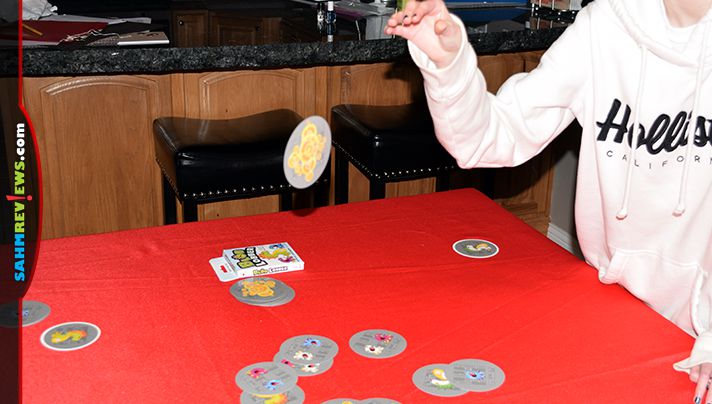 They will then drop the bomb, making sure it flips at least once before it lands on the table. One side of each card depicts additional blobs, while the other side (back) shows an exploding bomb. If your dropped card is released at least 12 inches from the table surface, flips over at least one time and stays on the table, it is a successful lob. If any of these criteria aren’t met, pick it up and try again. 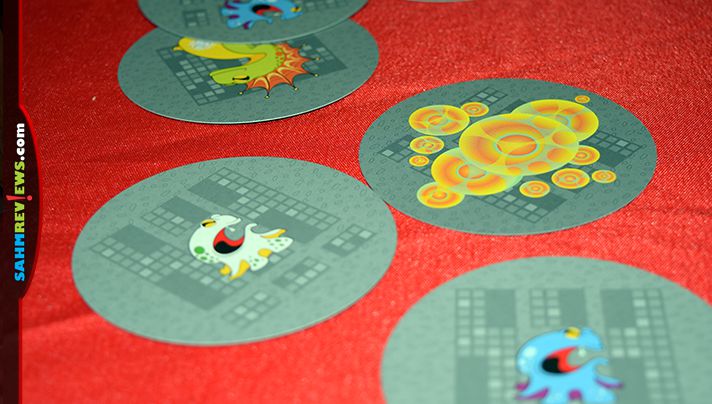 If the card lands blob-side up, nothing happens and those blobs remain on the table, becoming targets for other players. If it lands bomb-side up, then any cards which the bomb touches and is on top of are claimed to the player’s personal collection. If the thrown bomb happens to partially slide under a blob card, those blobs are safe.

So what about this “Toxic Blob”? If it lands toxic-side up, then all cards that it touches, no matter if it is on top or underneath, are removed from the game! When the last card from the bomb pile is successfully dropped on the table and resolved, the round ends. Each person receives one point for every enemy Lesser Blob they have in their pile. Two points are awarded for each enemy Queen you claimed! Additionally, you’ll lose one or two points for each Lesser Blob or Queen in your color, respectively. 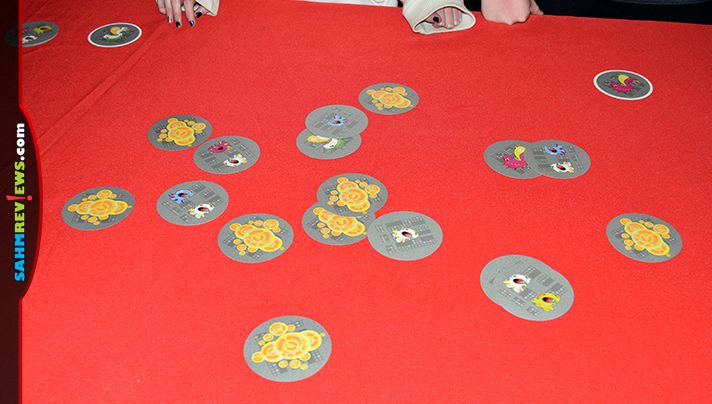 Blob Lobber is traditionally played over three rounds, with the player with the highest overall total winning. You may also choose to play a different number of rounds or to a certain point total where the first to achieve that number or greater wins. In the event of a tie, play another round!

You will find Blob Lobber at your favorite local game store, on Amazon and even big box retailers like Target! The small size and low price also make for a great travel game – a moving car or plane might add an interesting level of difficulty! If you don’t find Blob Lobber at your local retailer, ask them to order a copy for you from PSI – Publisher Services, Inc. (they probably already have an account set up)!

What is your favorite under-$10 game?