One of our policies at SahmReviews is we don’t typically talk about politics. It really makes no sense – we’re not going to change anyone’s mind. From the looks of my Facebook feed, this year it seems the country is more divided than ever. It frustrates me to no end to see the one-sided news stories, memes and outright false commentary about the candidates. And to know my friends and family are spreading these fallacies via social media shares makes me seriously have second thoughts about their level of intelligence.

One area I believe we’re all in agreement is that no matter who wins the election next month, the country is in for four years of trouble. I’m sure you have your own opinion on whom is better suited for the highest position this country offers. But I have to wonder if the populace really knows what they’re voting for. Sure, the personalities and the promises are broadcast daily on news media, but what is the real ideology behind each party? You do know there are more than two political parties, don’t you? For those of us that get sleepy (or angry) reading about politics and our electoral system, there is a new game that just might flatten the learning curve: The Agenda Game.

This is not your typical “voting” board game. The Agenda Game serves a double purpose as both an entertainment vehicle and an educational tool. At the beginning of the game each player chooses one of seven political personas from a pool of real-life political ideals. Everything from Conservative to Liberal to Libertarian and even Environmentalist and Moralist are represented. Each person will play one of these types, so odds are you will be campaigning for a cause you don’t necessarily personally identify with. 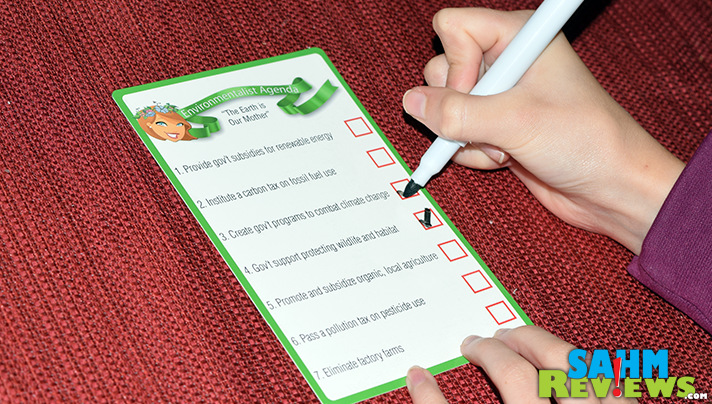 The ultimate goal of The Agenda Game is to enact a plank fitting their personal agenda. These seven talking points are printed on the back of each persona and can only be enacted when you have both enough votes (1 million for the first one) and an additional $500,000 in your coffers to fund it. Be the first to complete a predetermined number of planks (up to all seven) and you’ll be declared the winner!

At its heart, The Agenda Game is a roll-and-move board game in the style of many classic titles. Rolling the die allows you to move your pawn, collecting one of seven different types of cards. Each card type has different requirements and bonuses/penalties, and include Talking Points, Propaganda and Scandals. 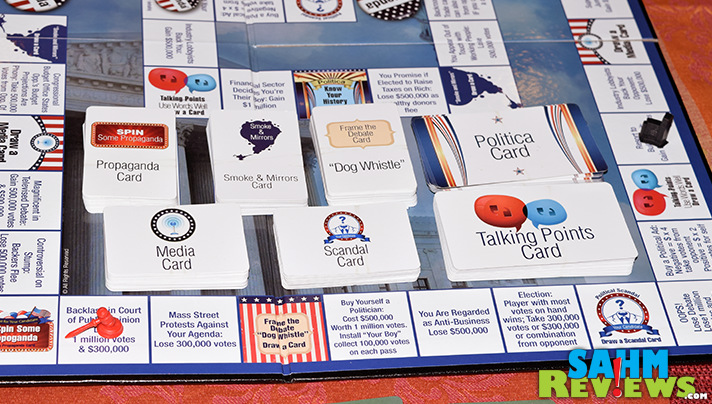 There are also a number of special squares you may find yourself landing upon. An Election square gives the player with the most votes a windfall of additional votes, money or poll points from other players. You can also land on a space that allows you to “Buy a Politician”, giving you additional votes from the Secretary of State. 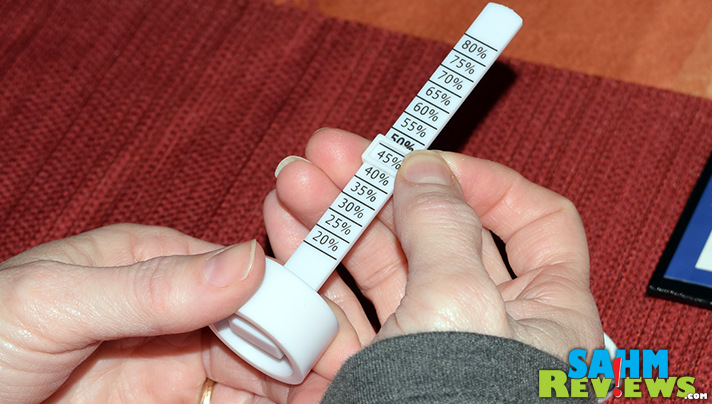 Pass over one of the Agenda squares and you may enact one or more of your planks, assuming you have met the vote/money criteria. Landing directly on the Agenda square or the one Defend your Agenda square allows you to verbally defend your entire agenda and gain additional poll points, votes or money. This is where the game moves beyond just a roll-and-move title as you must (optionally) defend your plank(s) by starting the 30-second timer and justify why your party is stumping for their chosen cause. For each 10 seconds that you can continually talk and defend these planks, you’ll gain votes, money or move up the poll. 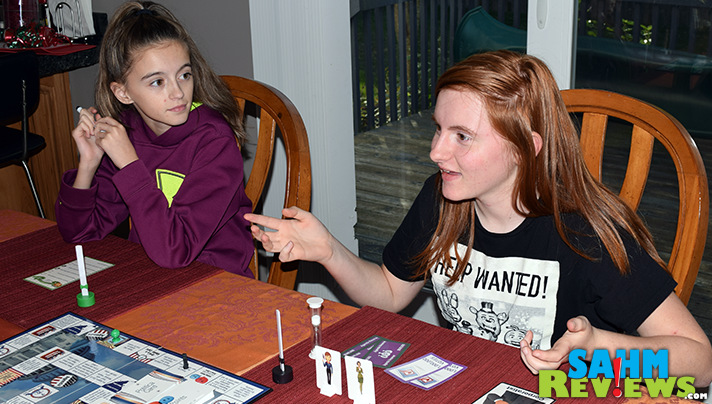 Be sure to check out the video at the top of this article if you’d like to see the game in play. Expect a session of The Agenda Game to last 1-2 hours, depending on the number of players and planks you agree to fulfill. It certainly is a way to learn more about those who have differing viewpoints than yourself, without making enemies out of your friends!

Much more fun than getting into a heated debate about the current candidates and the state of the nation, you can find copies on Amazon for under $35 shipped. You’ll also find them active on both Facebook and Twitter where they do a good job of pointing out political agendas they notice in the media.

Do you agree with all of your party’s agendas?

10 thoughts on “Just Like a Politician, You Can Have Your Own Agenda”