I recently read an article about how Waddington’s, the British distributor of Monopoly during World War II used the game to assist allied POW’s. In addition to smuggling compasses, files and maps into board games delivered by the Red Cross to POWs, the games also contained real money. It’s one of those stories that makes you look at a game through different eyes. It gives you a sense of pride in the company.

It really hit home when I heard about Hasbro’s “MONOPOLY Money Makes it Real Contest”. Then I sat back and started thinking about all the times I’ve wished the money was real. How cool would that be to play the game with real bills instead of colorful phony ones? C’mon… ‘fess up…. How many times when you’ve played the game have YOU wished it was real money? We’ve all thought that at least once – usually when we’re winning.

Now let me ask… What would YOU do if your Monopoly game included real cash? All of it. $20,580. The “Monopoly Money Makes it Real Contest” is an opportunity for you to get it.

Here’s how it works:

Between now and September 2, submit an essay of 75 words or less as to what you would do if you won the money. Following that – until September 27, 2010, it will go to public vote where it will be narrowed down to 75 finalist and finally one winner.

Are you seeing a theme here? 75 words… 75 finalists… It’s all to celebrate the 75th Anniversary of this game! Well, in honor of the anniversary and the contest, they’ve set aside a game for my readers!  Hopefully it will make it to the winner in time for Family Game Night on September 29th! 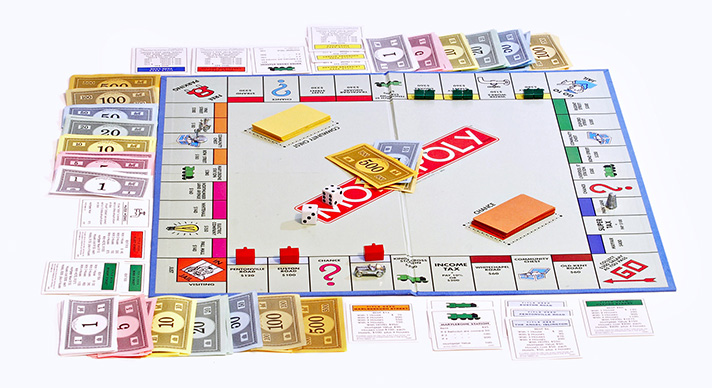 The Prize: Monopoly board game
Participants –
…must provide a US shipping address
…must provide an email in the first comment, email me directly with an email address or have email accessible from their profile.
Sometime on September 7, 2010, a winner will be chosen at random from all valid comments left. Winner has 72 hours from posting/notification to respond. If winner cannot be contacted, I will move on to the next random selection.

How to enter: Giveaway is closed.