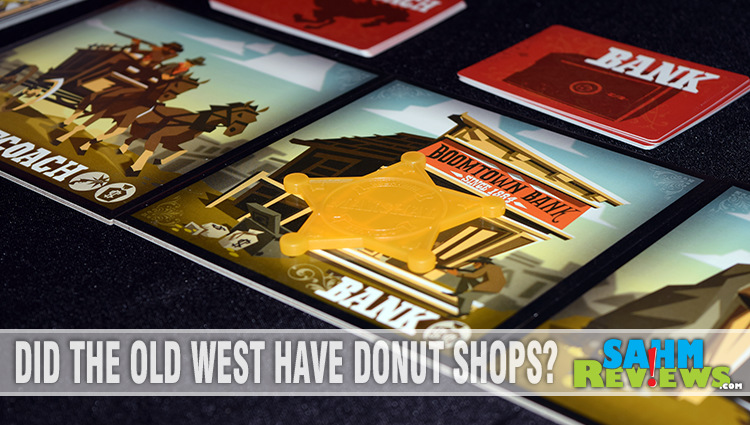 We just returned from Disney Social Media Moms Celebration, a conference and media trip where the entire family is encouraged to attend and participate. These types of trips allow us the opportunity to go behind-the-scenes, offering unique experiences that we hope our girls remember for years to come. During our travels, we always make a point to find a penny squisher machine to add an inexpensive souvenir to our penny collection.

As happy as this dirt-cheap souvenir makes me, every single time we turn the crank, my mind flashes back to a visit to Calico Ghost Town in California. We were shocked but excited to see there was a squished penny machine on the property and I gleefully prepared my coins for pressing. Madison was just a toddler at the time and wanted to help crank. Unbeknownst to me, this particular crank held no tension on the downward spin and promptly flipped around and smacked her in the mouth. Thankfully she doesn’t remember it and there wasn’t any permanent physical damage… just emotional damage for ME!  So when I discovered Boomtown Bandits by Breaking Games, you can imagine how torn I was between memories of the ghost town incident and my love for dice games. 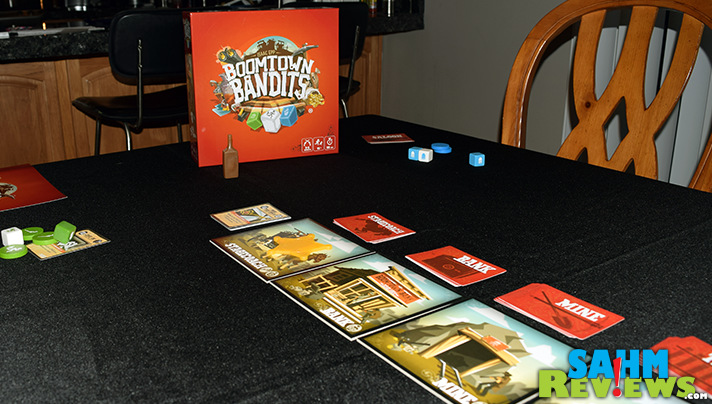 This version of the wild west isn’t what you would see in an episode of Bonanza. This game is all about bandits, hence the name. Each player takes on the role of a gang of bandits, represented by three individuals. Two gunslingers and one coward. 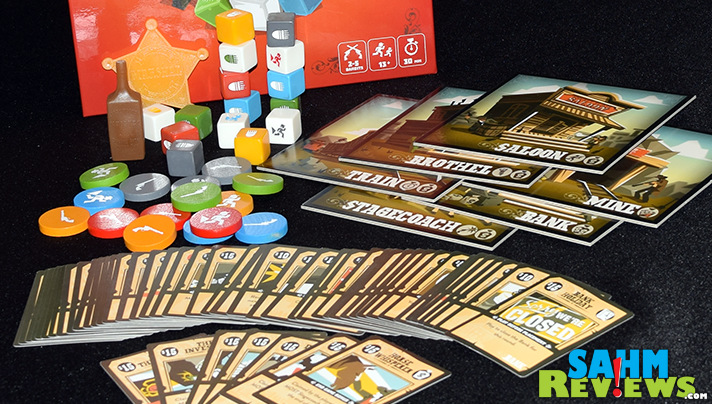 For each bandit, there is a token and a die. These bandits will soon set out to rob a local boomtown. But here’s the problem… every other gang has the same plan in mind! There’s a mine, bank, stagecoach, train, saloon and brothel. The number of locations used in the game is one more than the number of players. Since there are four of us that play, I decided the brothel was a good one to leave out. Didn’t much feel like explaining what one is. At each location there is a stack of loot represented by cards. Each card has a dollar figure while some have positive and negative actions. 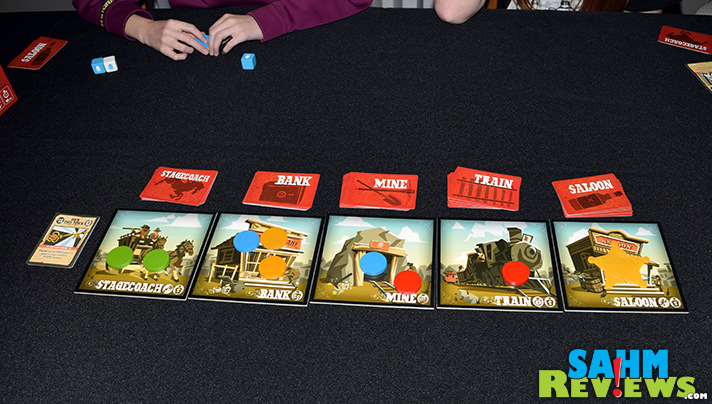 In Boomtown Bandits, players take turns secretly sending out their gang members to hit the local mark. The starting player rotates each time with that person deciding which location to have the sheriff visit. After all tokens have been dispensed, they are flipped to discover where gunslingers are and where the cowards headed. Each location is handled independently starting from left and moving right. If there is a lone gang present (like green at the stagecoach in the above photo) then they automatically get to take one piece of loot. If there’s more than one, there’s a shootout! 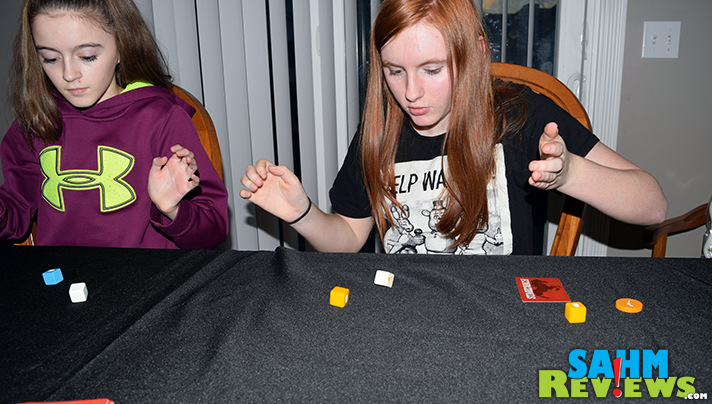 This is where things got kind of ugly for us. It’s a speed thing and you know how I feel about games requiring quick reactions. You roll dice representing the individuals who were present on site. The gunslinger dice have four blank sides and two showing a bullet. The coward, on the other hand, has four blank sides, one bullet and one of a person fleeing. All gangs simultaneously roll and as soon as an icon shows up, that person yells “hit” and play stops. Players not involved in that shootout serve as judge to determine who yelled “hit” first. The person who yelled “hit” gets to take out an opposing gang member. Any time the coward rolls the fleeing person, they are automatically out. The process continues until the last man is standing. That person gets the loot card. 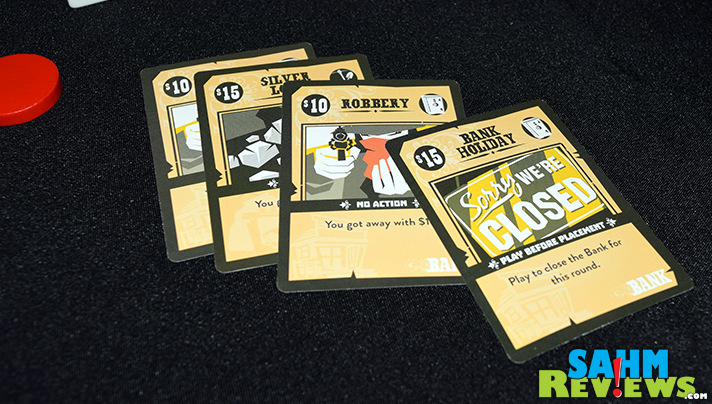 When one entire stack of loot cards is depleted, the round is finished and loot tabulated. The person with the most loot wins.

Boomtown Bandits accommodates up to 5 players and states it is for ages 13+. You know we often push the age boundaries on games and originally felt that would be the case with this one. However, with so many places where judgement calls are made to determine who won/lost a round, I had a better understanding of the age target. While the concept and game rules are not complex (actually, the rules could really use more clarification) and the graphics/text aren’t inappropriate, younger children might be less able to cope with the judging process.

Steal a few minutes to see what else Breaking Games has in the vault then visit them on Facebook and Twitter to check for upcoming promotions and launches. You can pick up a copy of Boomtown Bandits on Amazon or directly from Breaking Games.

Have you ever visited a ghost town or wild west themed location?