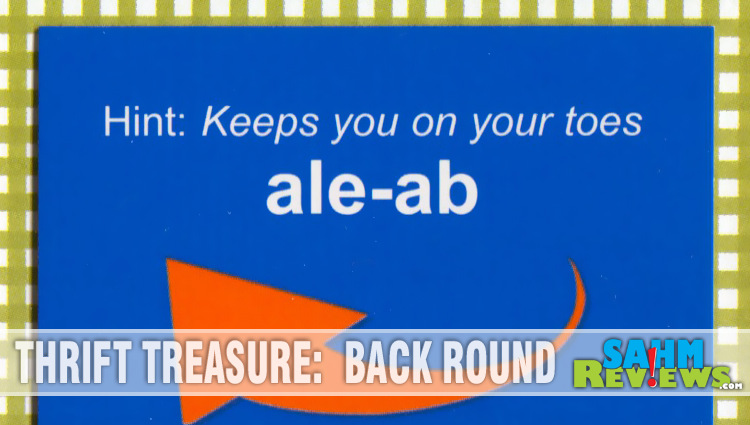 Thrift Treasure: Back Round

To say this week’s Thrift Treasure is easier for some than others would be an understatement. Back Round from Anomaly Games is a rather hard to find title from a short-lived publisher. Originally issued in 2002, it is easy to see why it was never reprinted or sought after in game collections. 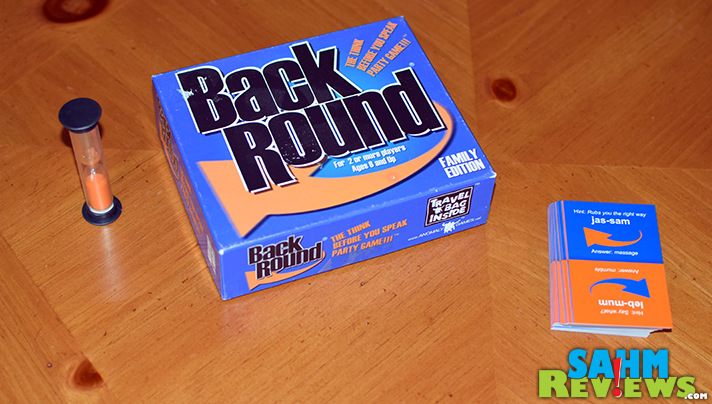 Back Round uses what I like to refer to as an “Apple to Apples” mechanic. One person will be reading a card while the others try to solve it. Do so and you win that card, with the first person to obtain five cards being declared the winner. 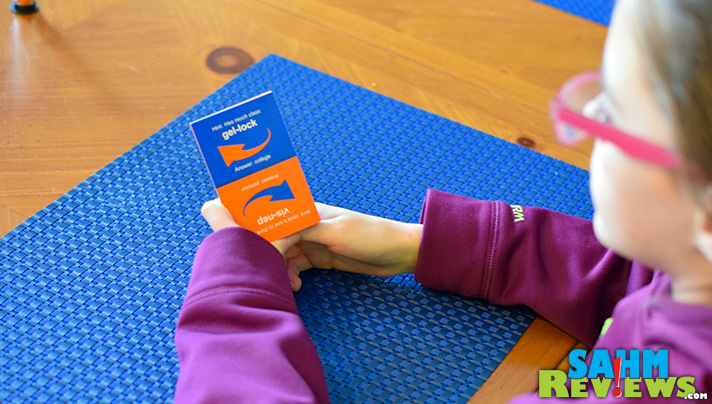 Each card has four word sections on it, and the reader chooses which one he or she would like to read. There is a hint to guide the other players about the answer, and the reader reads outloud the bolded word. I use the term ‘word’ loosely, as it is more of a phonetic phrase that represents the answer spelled backwards. 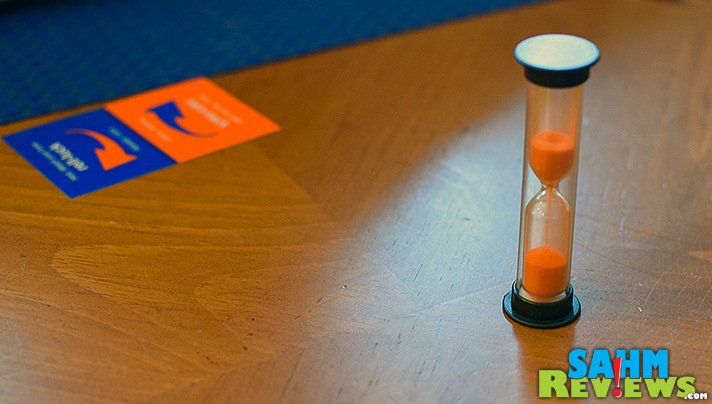 But it isn’t a perfect translation (nor is it intended to be). The ‘guessers’ must picture in their head the term read to them and try to assemble it in reverse order, with the first person shouting out the correct answer winning the card. 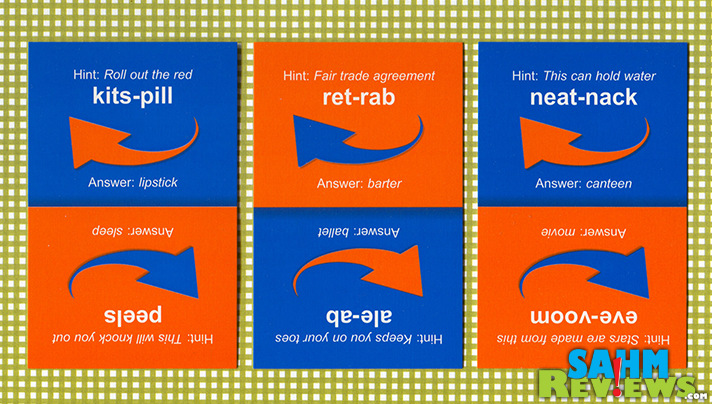 In the above right example (in blue), the readers says “Neat Nack”. You must figure out that “Neat” backwards sounds like “Teen” while “Nack” resembles “Can”. Put them together to form “Canteen” and you’ll see that it also matches the hint, “This can hold water”.

This was definitely not a game I could excel at. Give me numbers, colors or something else, but trying to reverse a phonetic sound in my head quickly I just could not do. My wife on the other hand was a genuine wiz. Maybe it’s because nothing she says makes sense in the first place…

You’ll be hard pressed to find copies on Amazon or eBay, so keep an eye out at your local yard sales or thrift shops if you want a copy for yourself. Or drop us a line if you want to trade for this copy – I know I won’t be first in line to play it!

8 comments on «Thrift Treasure: Back Round»