I know what you’re thinking. You’re astute enough to notice a trend in the games we’ve been playing the past week or so. First, it was Dragonscales about 10 days ago. Then came Dragon Market this past Friday. Truth be told, we’ve always had a fondness for dragon-themed games. Dragon Dice was a recent thrift treasure and 2019 was filled with the fiery beasts – Dragon Island, Fists of Dragonstones, Dragonsgate College and the cute Dragon Pets!

The fact is, dragons have been and always will be a popular part of fantasy fiction. So it’s natural to see them present in board and video games. But have you ever wondered where all the dragons come from? Eggs, of course! That’s the theme of today’s feature – Incubation by Synapses Games. You get to nurture all types of dragon eggs hoping to hatch them and collect their treasures for your efforts!

Let’s preface this overview by addressing the age recommendation listed on the box. Advertised for ages 8+, most likely due to product testing requirements, this is a game that is really suited for the 6+ crowd in a family setting. Basically, a good introduction game for families that are tired of playing the typical roll-and-move games we’ve all grown up with, but still want to keep the luck aspect in the game to give everyone a fair shot at winning.

As I previously mentioned, in Incubation you and up to four opponents will be raising dragon eggs to maturity. All players begin the game with their own player board with two incubation units on them. The circular main board is set in the center of the play area (the first time you play you’ll need to assemble the included dial). Three of the treasure chests have items added to them (fire, water, coins) according to the position of the dial, with the rest of the tokens kept close by in piles. The deck of dragon eggs are shuffled and divided into three equal piles and placed on the perimeter of the board in the designated spaces. A number of objective cards (depending upon the number of players) are randomly selected and also laid on the outside of the circle in the remaining open spaces. Beginning with the person to the right of the start player and continuing counter-clockwise, each player will select one of the three available eggs from the decks and place it in their incubator. 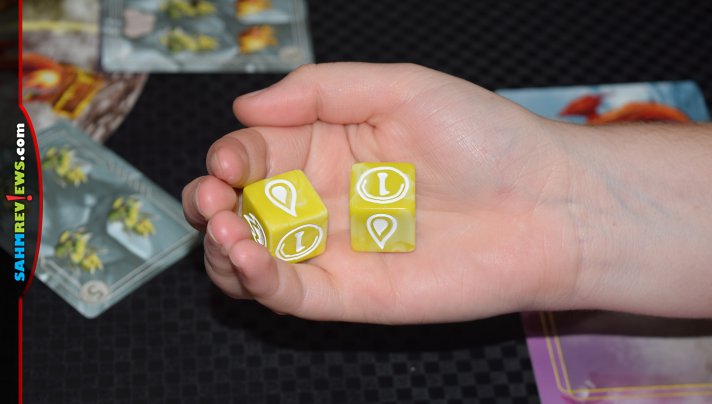 In clockwise turn order beginning with the first players, everyone will take a full turn, which is made up of up to four phases. First you will roll the two custom dice and reroll either or both (or not all all) one additional time. Then you will perform the actions listed on the dice in any order. 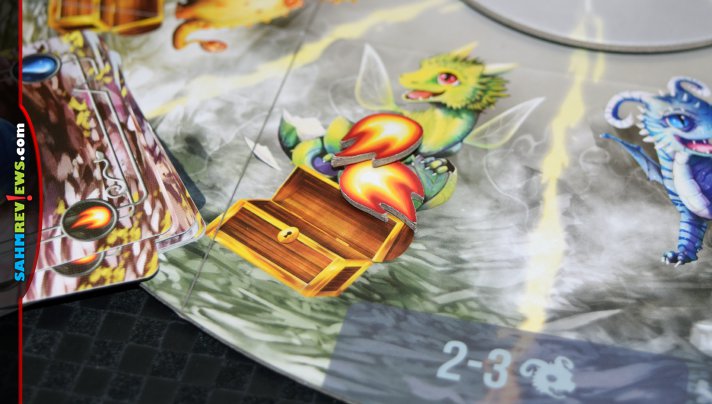 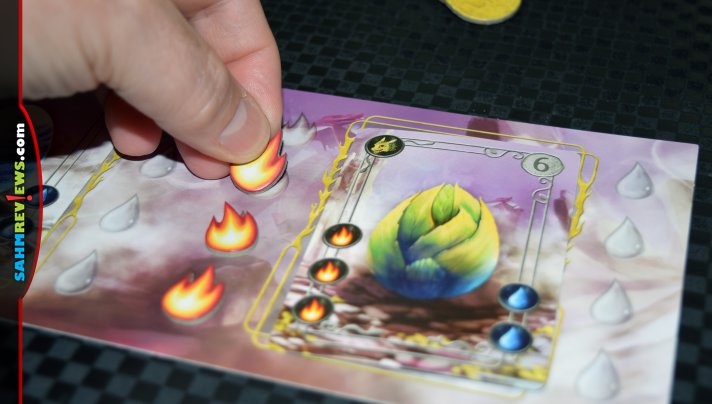 If the result was a single coin, take one from the reserve and add it to your growing pile (coins are points at the end of the game). If you rolled double coins, take three! Same thing for fire and water (take one for one result, three for two). However, you must have space available in your incubators for the fire and water as listed on the egg cards. If you do not, fill them up as much as you can and add them to any treasure chests on the board. This rule also applies to the above scenario when you empty a treasure chest. If you don’t have room for them, leave them in the chest where you found them! Instead of spending a coin, fire or water die to collect the corresponding token, you may elect to spend one to add a new egg to an open incubator. You could also spend both dice to fill all incubators, if they are both currently empty. 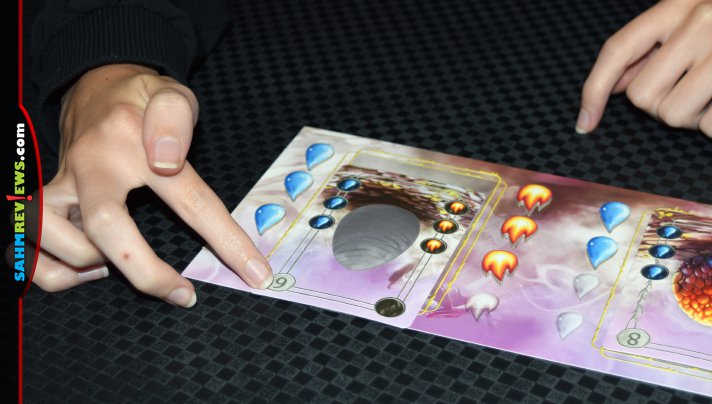 After taking your actions, if possible, you may hatch and sell your dragon egg cards. Return all of the tokens on the card to the supply and flip the card to the opposite side. These completed eggs will help you fill objective cards. Depending on the type of egg you’ve completed, you will receive different rewards. A regular color egg gets you a dragon of that color on the back (when flipped) in addition to the contents of a matching colored chest of your choosing. A hybrid egg made up of two colors rewards you with the contents of two chests (one of each color), but do not have dragons to help you complete objectives. Lastly, mystery eggs don’t have a color themselves, so they award no treasure, but do get you a set of dragons which can be used as any one dragon of any color! 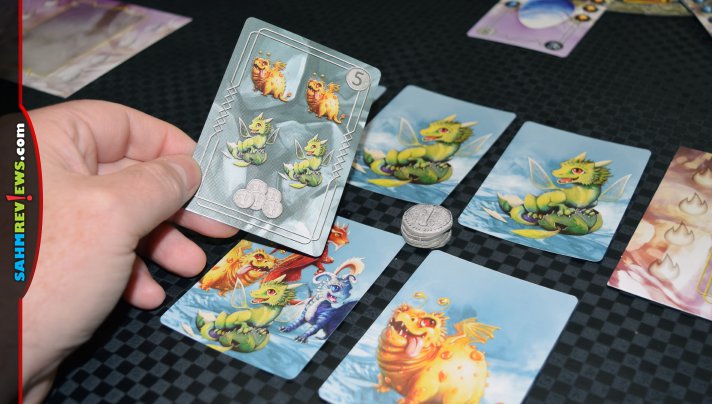 At this time, if you can fulfill one of the objective cards, take it and place it in front of you. Even if you could complete more than one, you may only take one per turn. Once all of the objective cards have been claimed, or two of the three piles of dragon eggs has been depleted, a game of Incubator ends as soon as everyone has had an equal number of turns. The person with the most coins from their objective cards, hatched dragon eggs and any collected during the game is the winner of Incubation! 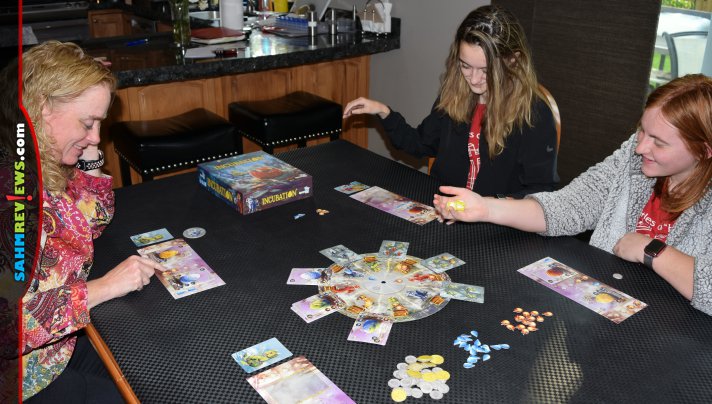 Like I mentioned earlier, this would be a good game for young ones to play where there are multiple end-game conditions and different ways to earn points. The randomness of die rolls may turn off some seasoned hobby game players, but it works well for the recommended age. With Christmas coming up soon, this would make a good gift for the family you’d like to introduce to the world of modern games without a high modern game price!

Pick up your copy of Incubation from your favorite local game store, direct from Synapses Games or on Amazon with Prime delivery. Incubation isn’t the only game in Synapses’ catalog – follow them on Facebook to learn all about their other titles! Maybe you’ll see some featured on this site soon!

Are you tired of dragon-themed games yet? Hope not – there’s more to come!