Despite living in a streaming world, we still turn the TV on to local news each day around dinner time. We’ll set it to our favorite news station then go about making dinner, muting it while we eat. But almost every day, that means there are shows playing in the background without us actually sitting in front of the TV watching. It’s background noise, mostly, but sometimes we’re sucked in by the game shows that air around the same time. I’m kind of a sucker for game shows and always have been. The girls think I need to apply to be on Wheel of Fortune. Maybe some day. In the meantime, I’ll play game show themed board games like Match-O-Rama to get me by.

In Match-O-Rama from TheOP (USAopoly), players are participating in an “at-home” game show! The goal is to be the first player to earn 35 points by matching answers with their opponents. There are several games where you’re trying to match other people, but most award points to both players. Not Match-O-Rama! Let me explain so it makes more sense. 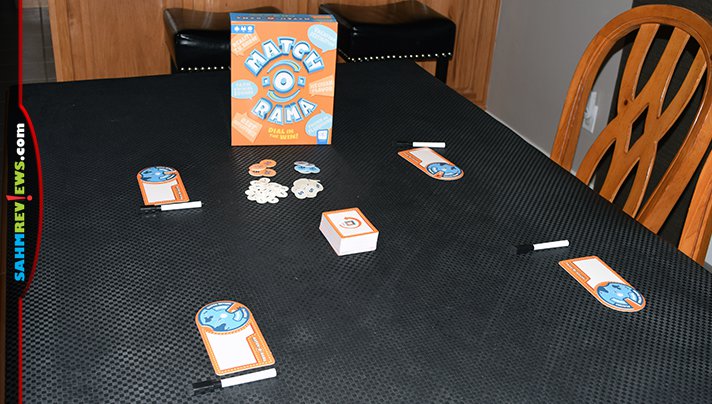 Up to eight people can join the fun of Match-O-Rama, but you can actually play with as few as four. Everyone takes a dry erase board and marker. Don’t worry, they’re all the same… there aren’t favorite colors to argue over in this game. The cards are shuffled and placed face down in the center of the table then a pool of scoring tokens placed within reach as well. 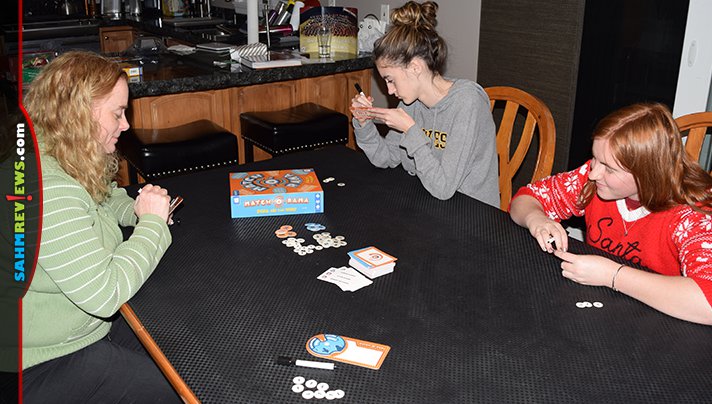 Each round you’re trying to earn points by matching the people next to you. A category will be revealed and you’ll write down your answer then you’ll turn the dial on your board to select the number of players and point value you are shooting for. 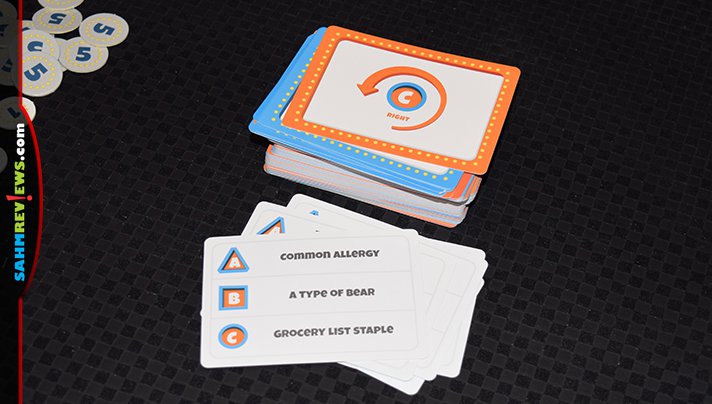 At the beginning of each round, a card is revealed and placed face-up next to the draw pile. There are three categories, but the one you’ll use is determined by the back of the card on the top of the draw deck. That card shows a letter (representing the category) along with a directional arrow (showing the direction of play for the round). 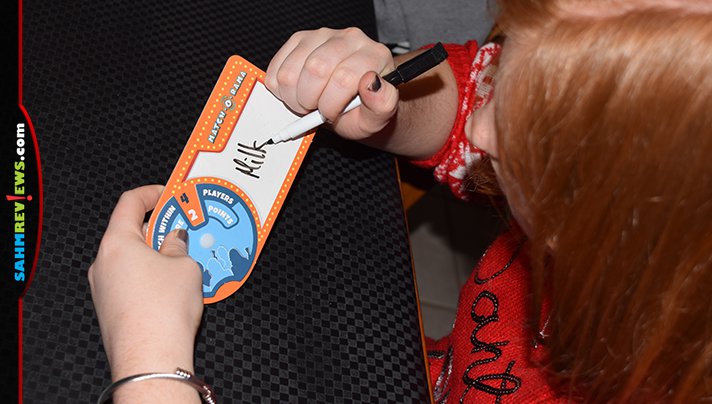 Thinking about the category, you’ll write down your answer. Before you set your tile down, you need to determine how much you are trying to earn this round! Using the dial on the card, rotate it to adjust the confidence level of your answer. 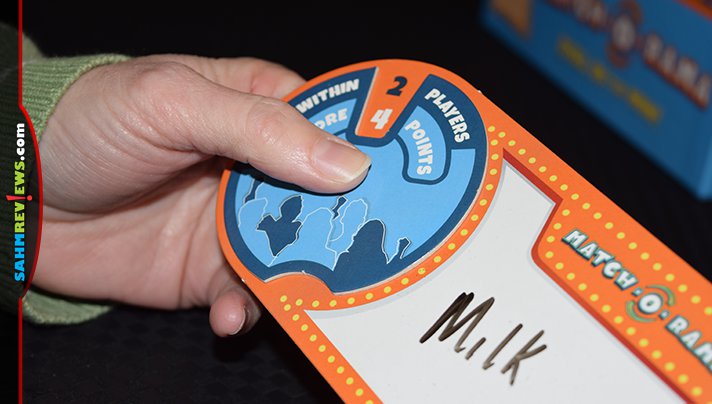 Do you think the person next to you answered the same as you? If so, turn the dial to “match within 1” and if you’re right, you’ll score 5 points. If you’re not confident, but are sure the third person over matched the same as you, dial in to the 3 and your answer will be worth 3 if you are correct. The further you reach to match, the lower the score you’ll earn if you are right. If you’re wrong then you score nothing! 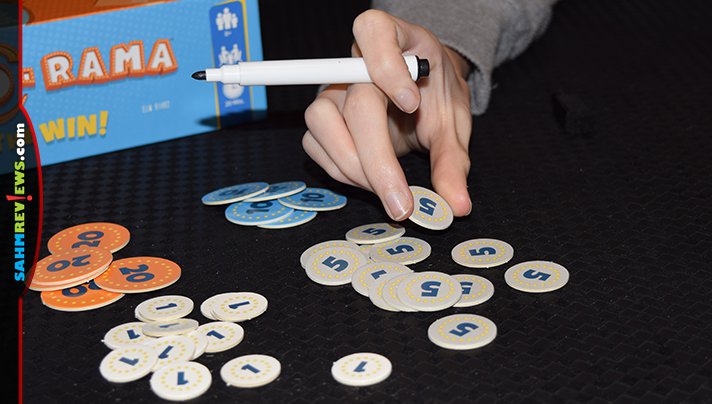 Match-O-Rama party game is one of those games that can accommodate four people, but is certainly better the more you have. It’s easy to understand and quick to explain so it doesn’t take long to get a group of people playing. If you are looking to pick up a copy, check your local Target or grab a copy of Match-O-Rama online at Target or Amazon. We know TheOp has more awesome games rolling out in 2020 so keep your eye on their Twitter and Facebook feeds for news about those!

What is your favorite number of people to play party games with?